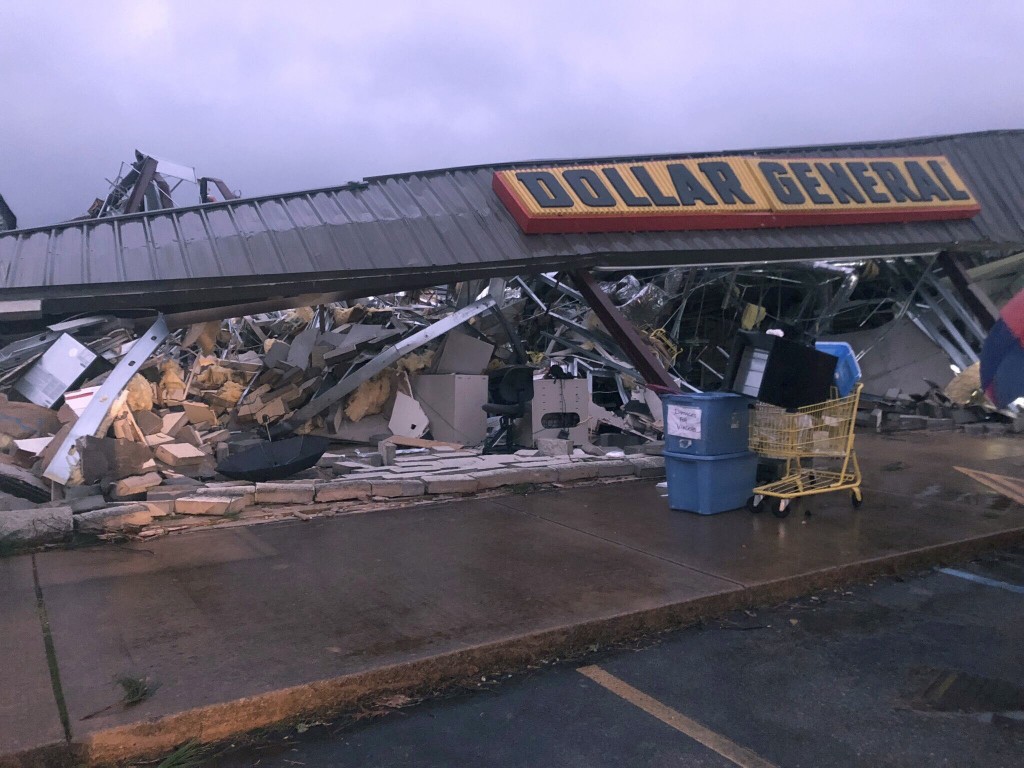 FLORENCE, Ala. (AP) — Teresa Hazelwood stopped by a Dollar General store in northern Mississippi to get some chips, and soon found herself riding out a suspected tornado in the parking lot and felt it lifting her car. She gripped the steering wheel and prayed.

“I just prayed to God, oh please God help me," Hazelwood recalled after Tuesday's storm. “And things was going every which way. I could feel the vehicle move. It lifted, it moved me out of the parking spot. And I just kept praying please God help me."

The suspected tornado heavily damaged the store in Tishomingo and other structures in northern Mississippi and Alabama as a severe storm system crossed the Deep South, authorities said.

National Weather Service meteorologist Mike Johnson said there were reports of widespread tree damage and some structural damage in Tishomingo County, which is in northern Mississippi abutting the Alabama border.

He said the tornado touched down about 5:30 p.m. Tuesday.

“It’s a pretty compact system that produced the tornado and it’s moved into parts of Alabama and Tennessee,” Johnson said.

The National Weather Service had issued multiple tornado warnings through the early evening, including a “tornado emergency" for an area of northwest Alabama.

The National Weather Service in Huntsville tweeted shortly before 6 p.m. that “TORNADO HAS BEEN REPORTED ON THE GROUND" and told residents in an area of Colbert County in north Alabama to seek shelter. That county also abuts the Mississippi state line.

The weather service also said there were preliminary reports of falling debris in the area.

Robert Boyd, a meteorologist for the National Weather Service in Huntsville, Alabama, said severe weather warnings had been issued for northwest Alabama on Tuesday evening.

Severe weather watches also were posted for parts of Georgia and Tennessee as the storm system moved across the South during the nighttime hours.