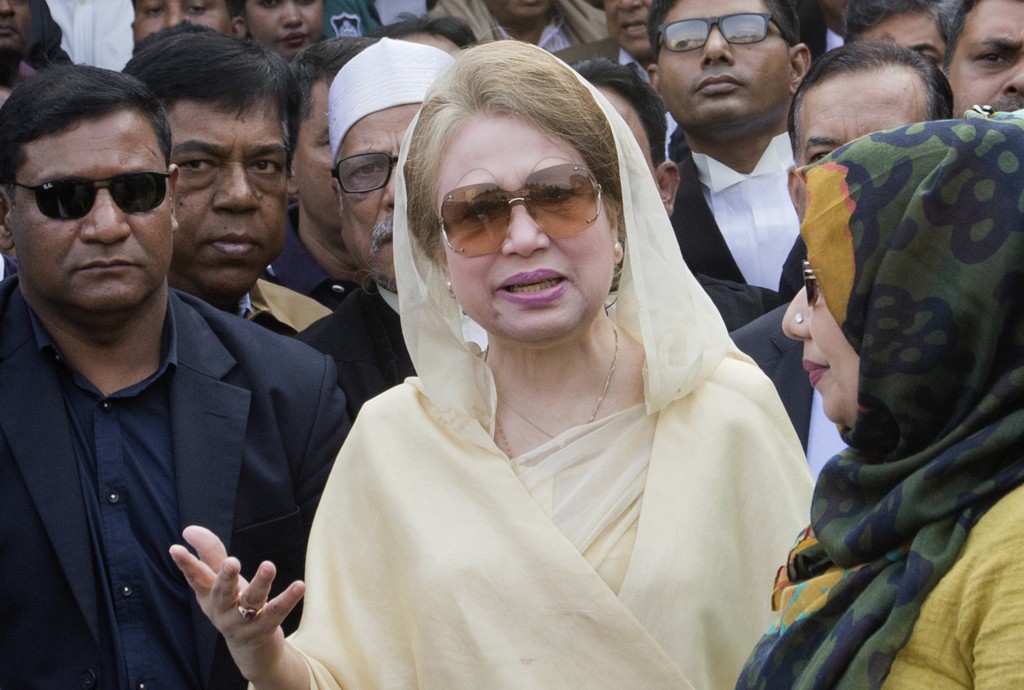 DHAKA,Bangladesh (AP) — Bangladesh's government on Wednesday released imprisoned opposition leader and former Prime Minister Khaleda Zia for six months on condition that she stays at home and does not attempt to leave the country.

Zia had spent more than two years in the prison cell of the Bangabandhu Sheikh Mujib Medical University in the capital, Dhaka. Her family and senior party leaders received her as hundreds of supporters ignored calls to avoid gathering to stop the spread of coronavirus.

Wearing a mask, Zia came out in a wheelchair and rode a car to her home in Dhaka's Gulshan area.

On Tuesday, Law Minister Anisul Huq said Zia, 74, was being released on humanitarian grounds considering her age. She will receive her remaining treatment at home, he said.

Zia was sentenced to 17 years in prison in two corruption cases. Her Bangladesh Nationalist Party says the cases were politically motivated. The government of Prime Minister Sheikh Hasina, Zia’s archrival, denies the allegation.

Zia’s party says she is seriously ill with ailments including respiratory problems and arthritis.

In February, the High Court rejected an appeal by Zia seeking her release for medical treatment in the United Kingdom for chronic arthritis.

Zia was convicted in February 2018 on charges of misusing her power by embezzling some $250,000 in donations meant for an orphanage trust. She was later convicted in another corruption case.

Bangladesh gained independence through a nine-month war against Pakistan in 1971.