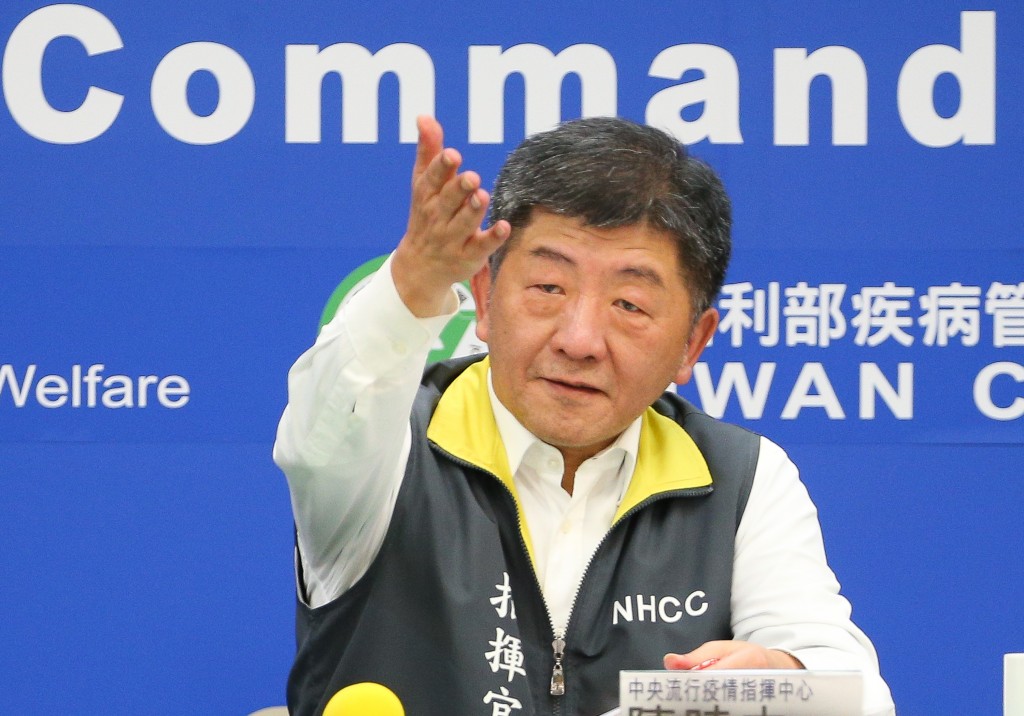 During a press conference on Wednesday afternoon, Health Minister and CECC head Chen Shih-chung (陳時中) announced 19 new confirmed cases of COVID-19, all of which had recently traveled overseas. Chen said that out of the 19 new cases, the seven male and 12 female patients ranged in age between 10 and 60.

Chen said that their arrival dates ranged between March 12 and 22 and the onset of symptoms between March 15 and 23. The CECC commander said that the latest batch of confirmed cases had recently traveled to the UK, the U.S., Egypt, the Netherlands, France, Belgium, Turkey, Indonesia, and Thailand.

Four of the cases, numbers 222 through 225, were enrolled at the same school in the UK as the 152nd case, who arrived in Taiwan on March 17 and was confirmed to have the disease on March 21. The four began to develop symptoms between March 15 to 18.

When the four students arrived in the country on March 22, quarantine personnel identified them as suspected cases. With their confirmation today, the group is now considered a school cluster.

The CECC said that the 226th case was another member of a tour group in Egypt that has seen several cases. While undergoing quarantine at home, he began suffering from a dry throat on March 21.

After seeking medical treatment and submitting samples for testing, the person was diagnosed on March 25. With the latest case, 10 people associated with the Egypt tour group have been confirmed with the disease, including nine tourists and one person who later came in contact with them.

The CECC pointed out that the 133rd case had attended a school in the UK in December of last year and traveled to the there with the 210th case, who was diagnosed on March 24. The student did not show any symptoms upon arriving on March 21 but fell ill on March 23, testing positive for the disease on March 25.

The remaining 13 cases were unrelated to previously reported infections. Out of Wednesday's 19 cases, Chen said that seven were intercepted at the airport, 10 had been undergoing home quarantine, one had been self-isolating at home, and one had directly sought medical treatment.

Six of Wednesday's cases had traveled to the U.S., nine had visited the UK, and the rest had gone to the other previously listed destinations. All of the new cases were Taiwanese citizens, with the exception of one American national.