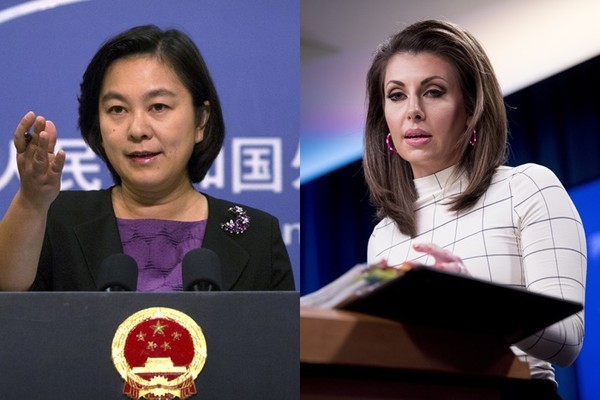 TAIPEI (Taiwan News) — Taiwan's Ministry of Foreign Affairs (MOFA) on Tuesday (March 24) confirmed that it had warned the World Health Organization (WHO) about the human-to-human transmission of the Wuhan coronavirus (COVID-19) in December of last year.

Chinese Ministry of Foreign Affairs Spokeswoman Hua Chunying (華春瑩) posted a tweet on Saturday (March 21) claiming that the Wuhan Municipal Health Commission had issued a notice about the COVID-19 outbreak on Dec. 31. However, in reality, the notice stated it "had not found any obvious human-to-human transmission."

In response to Hua's tweet, U.S. Department of State spokeswoman Morgan Ortagus on Tuesday (March 24) pointed out that Taiwan had tried to warn the WHO about human-to-human transmission on the same day as China's statement. She then pointed out that China tried to cover up this fact, with the Wuhan Public Security Bureau issuing a summons to whistleblower doctor Li Wenliang for "spreading rumors" on Jan. 1.

When asked to comment on the exchange between Ortagus and Hua on Tuesday, Department of International Organizations Director-General Bob Chen (陳龍錦) said that as cases of a SARS-like illness were being reported in Wuhan at the end of last year, the Centers for Disease Control (CDC) immediately contacted the WHO's International Health Regulation (IHR) focal point, as well as its Chinese counterparts, on Dec. 31, reported Liberty Times.

The CDC had asked the WHO to verify reports that there had been evidence of human-to-human transmission of the mysterious new illness. In addition, Chen said that MOFA's representative office in Geneva, Switzerland, had also immediately requested that the WHO secretariat provide confirmation of the infectious nature of the disease.

Chen said that the CDC sent these requests for confirmation via email, so there is a written record. Chen added that on Dec. 31, the commission started sending officials to board airplanes arriving from Wuhan and screen passengers for symptoms in an early attempt to prevent transmission in Taiwan.

He said the WHO had responded to Taiwan by saying that it would transfer the information to experts for processing, but the WHO did not later publish the requested information on its internal website. Chen declined to speculate as to whether this lack of a response was due to Chinese pressure or not.

You may not know that Wuhan Health Commission issued a notice on December 31? Please take some time to understand the situation before you speak. @statedeptspox https://t.co/6cQ2kr4V7U