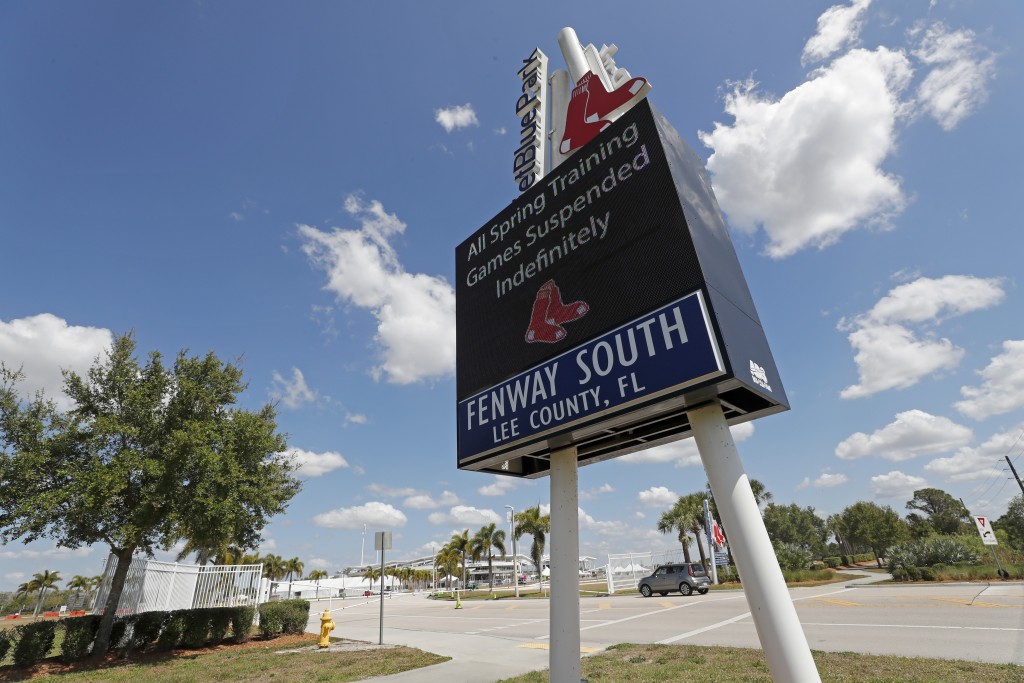 BOSTON (AP) — A minor league player for the Boston Red Sox has tested positive for the coronavirus, prompting the team to close down its training complex in Fort Myers, Florida.

The Red Sox made the announcement Tuesday, a day after the positive diagnosis. The team didn't identify the player, but said he was doing well.

Earlier this month, the New York Yankees said two of its minor leaguers had the virus. Those were the first two players affiliated with a big league organization known to test positive.

Major League Baseball has postponed opening day until at least mid-May because of the virus outbreak.

The Red Sox said their affected player was most recently at the spring training site on March 15. Boston said based on the timing of his test, it believed he most likely got the virus after leaving Fort Myers.

The Fenway South/JetBlue Park complex was closed Tuesday for at least two weeks and will undergo a "deep cleaning."

The Red Sox said any players or staff members who came into close contact with the affected minor leaguer should self-quarantine for two weeks.