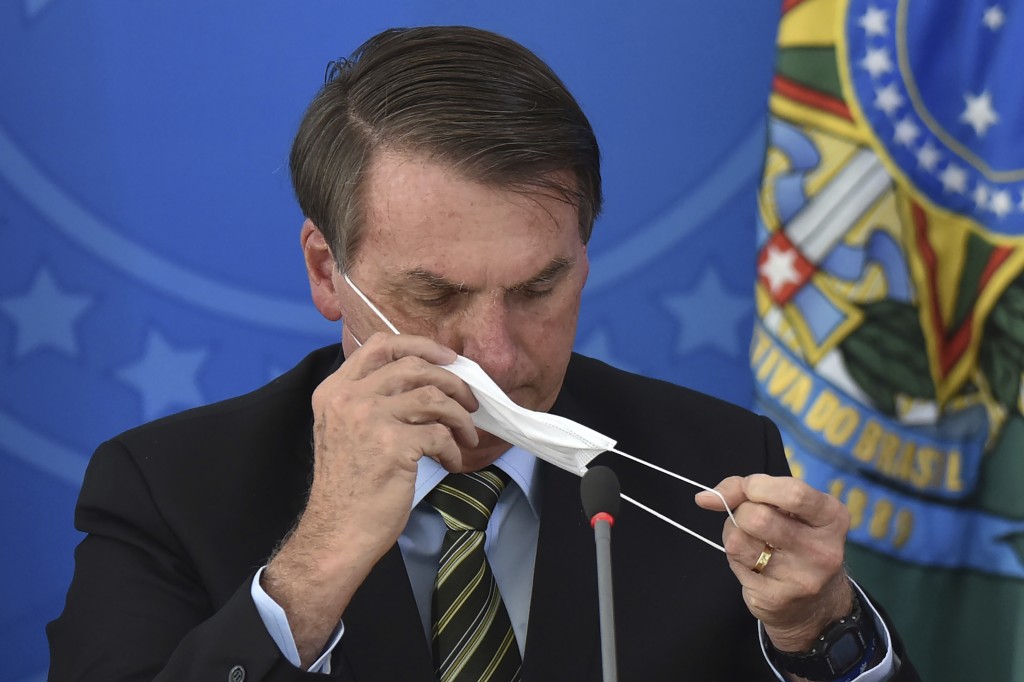 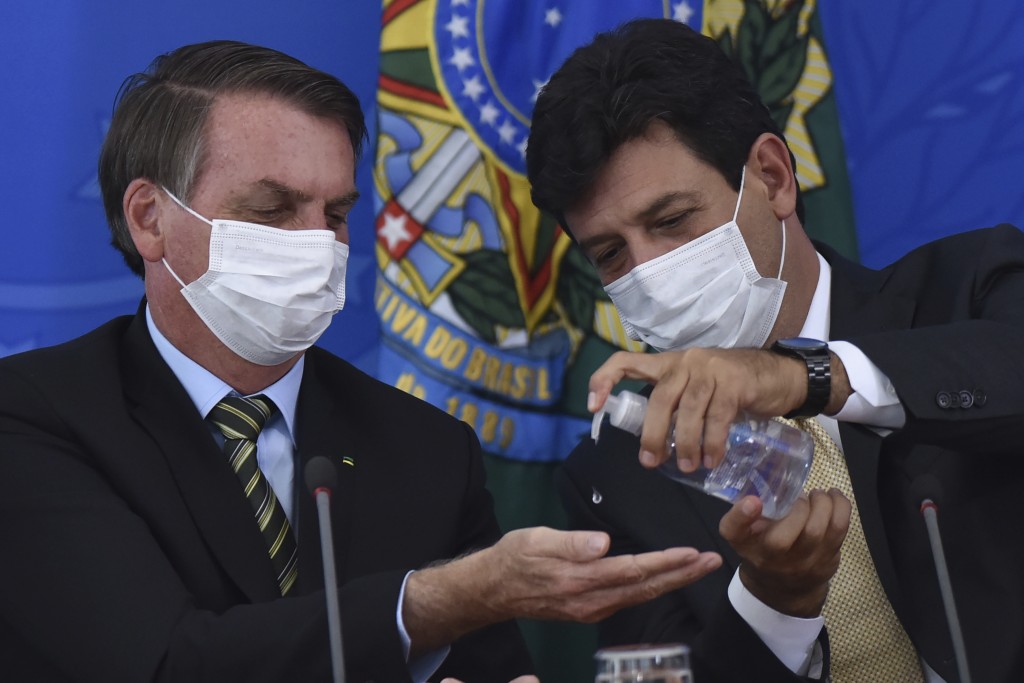 RIO DE JANEIRO (AP) — President Jair Bolsonaro on Tuesday stuck with his contention that concern about the new coronavirus is overblown, and accused Brazilian media of trying to stoke nationwide hysteria.

Bolsonaro said in a nationally televised address that the media had seized on the death toll in Italy, which he is suffering so severely because of its elderly population and colder climate.

“The virus arrived, we are confronting it, and it will pass shortly. Our lives have to continue, jobs should be maintained,” the president said.

Bolsonaro added that certain Brazilian states should abandon their “scorched earth” policy of prohibiting public transport, closing business and schools, and calling for mass confinement at home for their residents.

He did say people should be “extremely worried” about transmitting the virus to others, particularly to parents and grandparents.

As he spoke, some Brazilians who are home in self-isolation protested what they view his blasé attitude toward the pandemic by leaning from their windows to bang pots and pans.

Bolsonaro has drawn criticism, initially for referring to the virus that causes COVID-19 disease as a “fantasy” and then, as authorities including his own health ministry instructed people to avoid gatherings, for going to a March 15 rally where he shook supporters’ hands. On March 20, he called COVID-19 “a little flu.”

For most people, the virus causes only mild or moderate symptoms, such as fever and cough. For some, especially older adults and people with existing health problems, it can cause more severe illness, including pneumonia, and death. The vast majority of people recover.

Bolsonaro traveled to the U.S. earlier this month and met with President Donald Trump. Since then, roughly two dozen members of Bolsonaro's delegation have tested positive for the coronavirus, according to local media reports.

Bolsonaro has said he tested negatived for the virus.

“In my particular case, with my history as an athlete, if I were infected by the virus, I wouldn’t need to worry,” Bolsonaro said in the address Tuesday. “I wouldn’t feel anything or, if very affected, it would be like a little flu or little cold.”

After the address, the head of Brazil's Senate, Davi Alcocumbre, said that the country requires “serious, responsible leadership” and that now isn’t the time to attack the press or other public officials. Alcocumbre is in isolation at home himself, having been diagnosed with the virus.

"We consider grave the position expressed by the president today, on national networks, of attacking COVID-19 containment measures,” Alcocumbre said. “The position runs against the actions adopted by other countries and suggested by the World Health Organization.