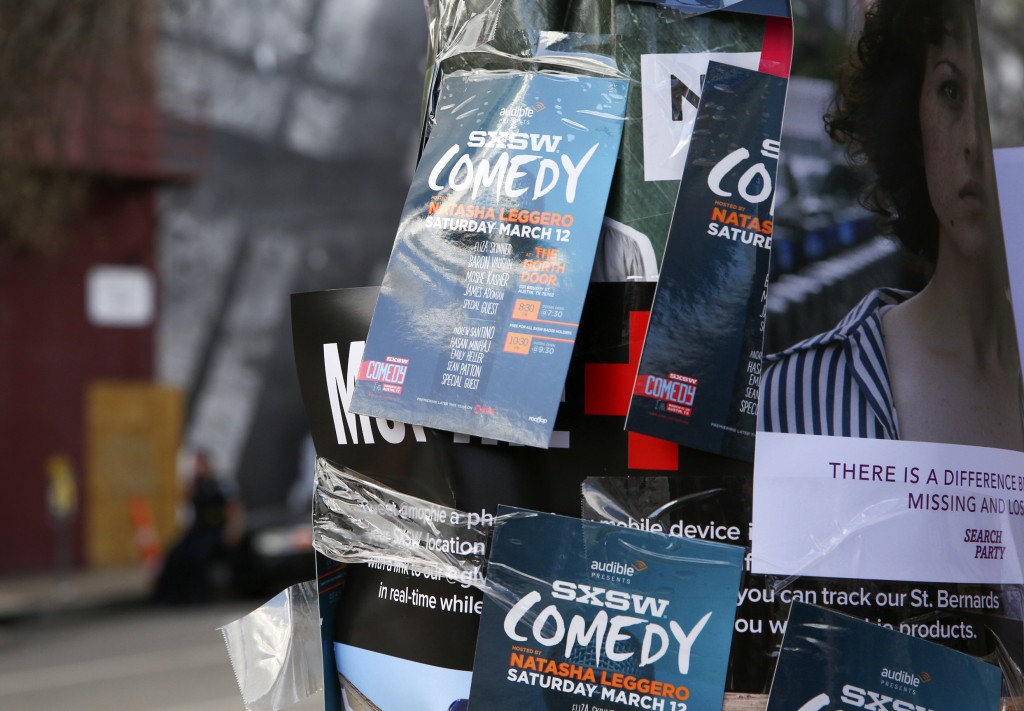 NEW YORK (AP) — South by Southwest, the sprawling Austin, Texas, conference and festival, was one of the first major gatherings canceled by the coronavirus pandemic. But its organizers, eager to lend a hand to the movies that had been set to premiere at SXSW, on Tuesday went ahead with its film awards.

The announcement Tuesday made for a strange anomaly: prizes handed out, virtually, for a film festival that never happened.

But SXSW and its film director, Janet Pierson, wanted to salvage some of the lost exposure and buzz that are so vital for independent films in securing distribution or stoking word of mouth. SXSW, which had been scheduled to run March 13-22, plays a significant role in boosting the profiles of smaller, scrappy films, along with being a springtime launchpad for Hollywood genre fare.

Most of the high-profile films that had been set to debut at SXSW have reshuffled their release plans. (Judd Apatow's “The King of Staten Island,” with Pete Davidson, had been set to open SXSW.) But the festival was able to proceed with awards for its juried competitions, with self-isolating jurors watching films on screening links and making selections by teleconference.

The grand jury prize for narrative feature went to Cooper Raiff's “S—-house,” a micro-budget coming-of-age comedy about a college freshman struggling with the transition. The 22-year-old Raiff wrote, directed, co-edited and stars in the movie. The jurors called it “refreshing and winningly sincere.”

Best documentary feature went to Danish director Katrine Philp's “An Elephant in the Room,” which tracks a group of kids who have lost family members and who are attending a grief counseling center in New Jersey. The category's jury called the film heartbreaking, but also “inspiring, uplifting and — especially in these troubled times — essential.”

The festival also announced its Adam Yauch Hörnblowér Award, a prize begun in 2017 named after the late Beastie Boy to honor a filmmaker with an original voice. The award was given to Frank Oz's “In and of Itself," a documentary of magician Derek DelGaudio’s show.

The pandemic has forced other festivals, including France's Cannes Film Festival and New York's Tribeca Film Festival, to postpone. Cannes organizers hope to put the festival on in June or July. Tribeca, which hasn't announced new plans, is releasing a short film a day on its website over the next month.

SXSW, which also features interactive and music festivals, was canceled entirely just a week before it was to begin when the Austin government — to prepare for a spike in infections — declared a local disaster and urged against large gatherings.

The cancellation of an annual event that attracts more than 100,000 people to Austin had enormous repercussions on the Texas capital's businesses, along with the hundreds of films, bands and start-ups that hoped SXSW would be their big break. Immediately after the cancellation, SXSW laid off about one-third of its staff, or around 50 people.

A full list of the film prizes is posted on SXSW.com. SXSW couldn't go ahead with every award it usually gives out. One that it couldn't announce Tuesday: the festival's audience award.