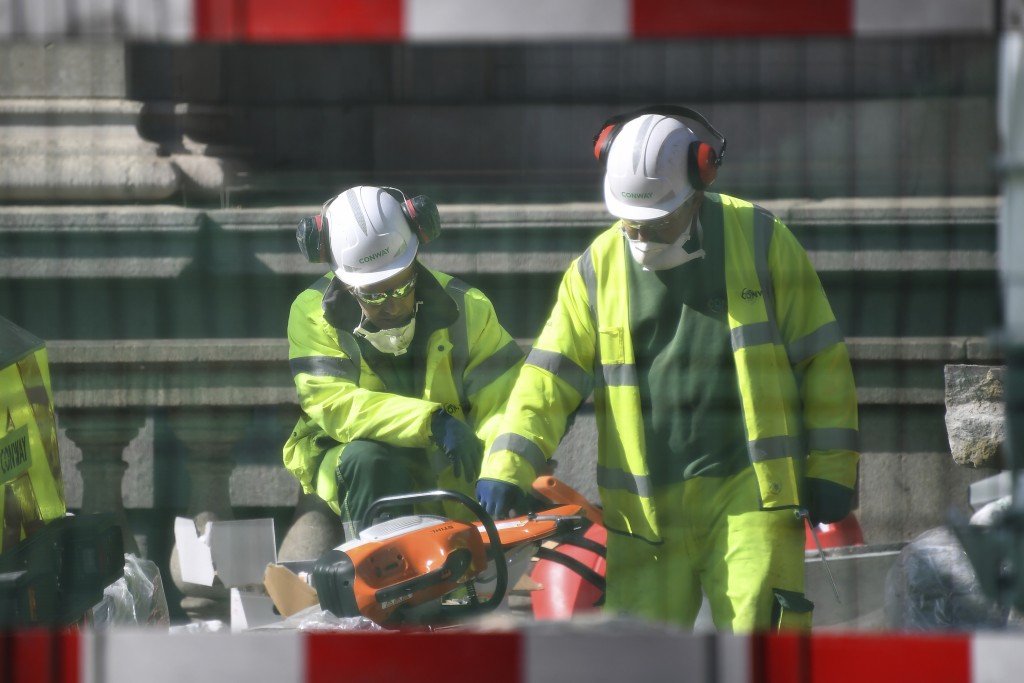 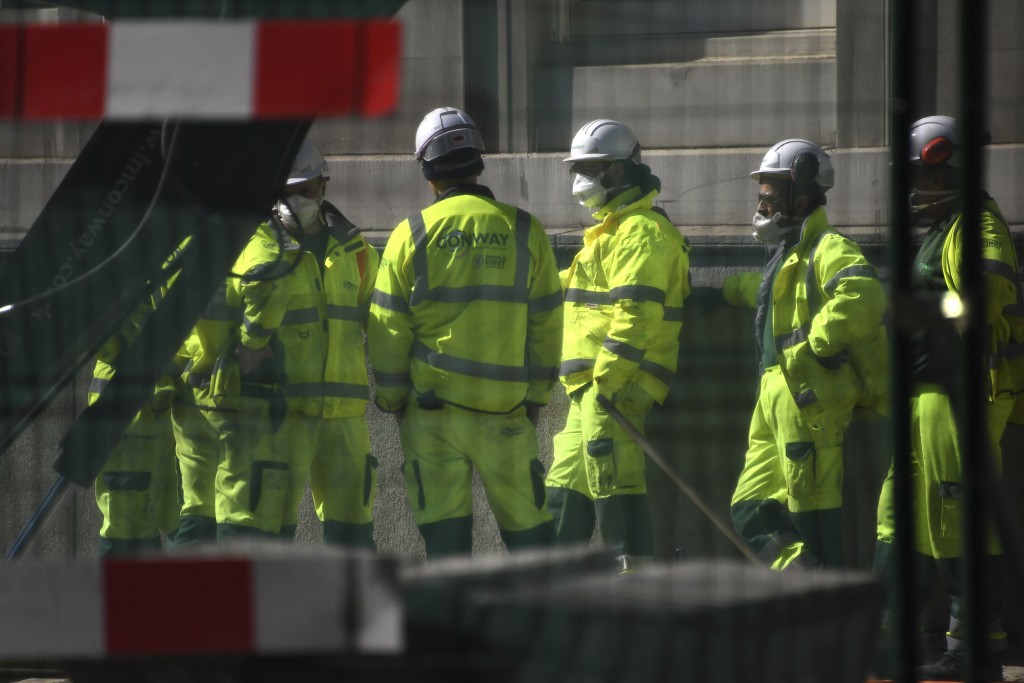 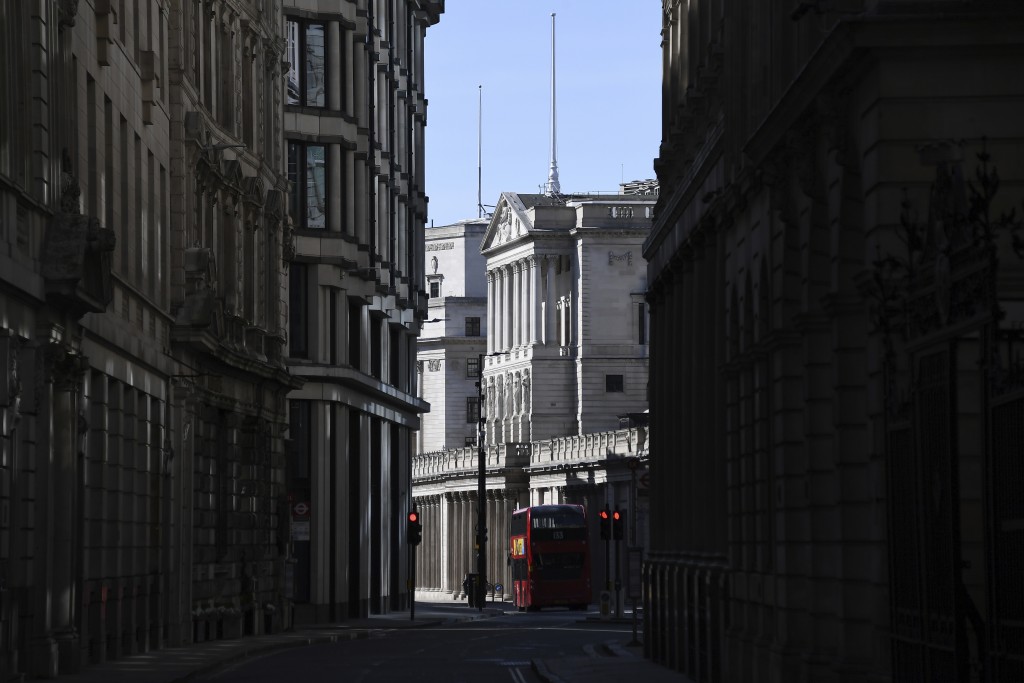 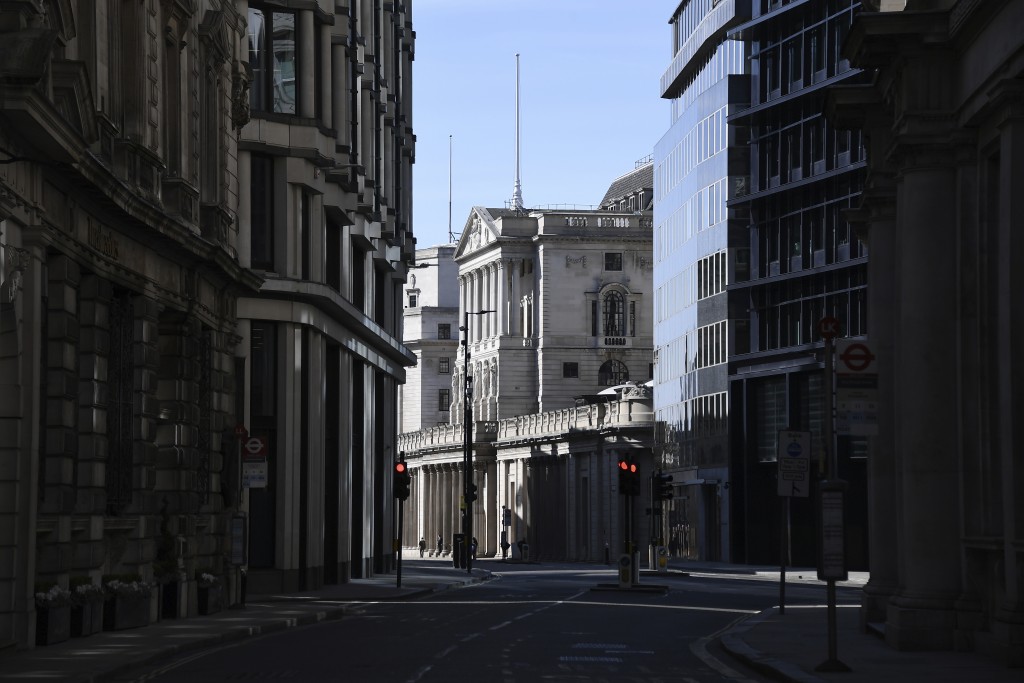 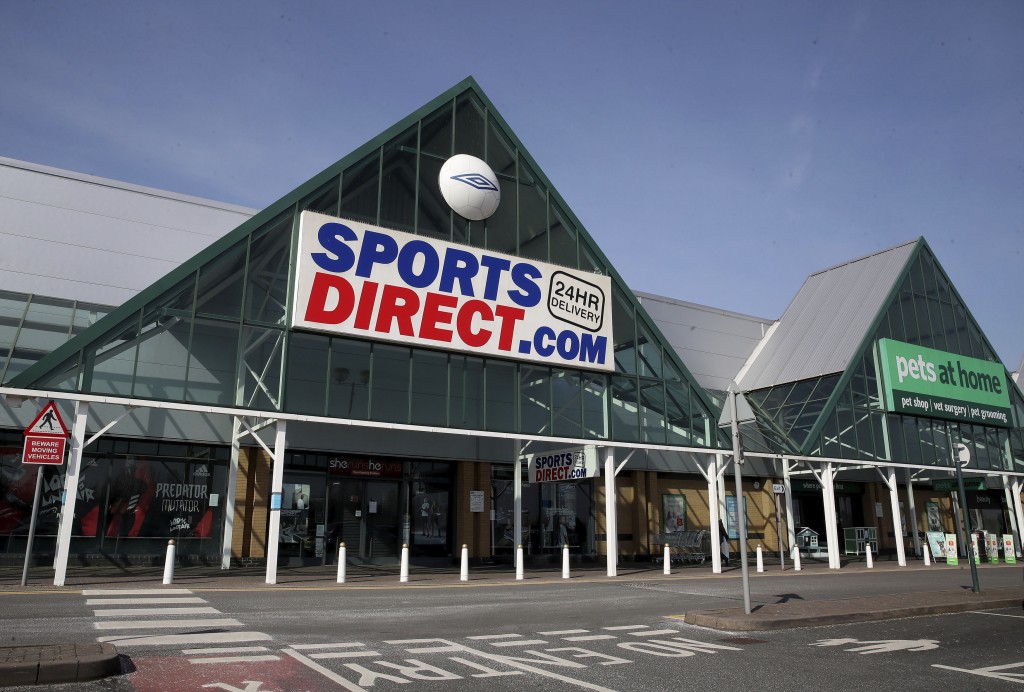 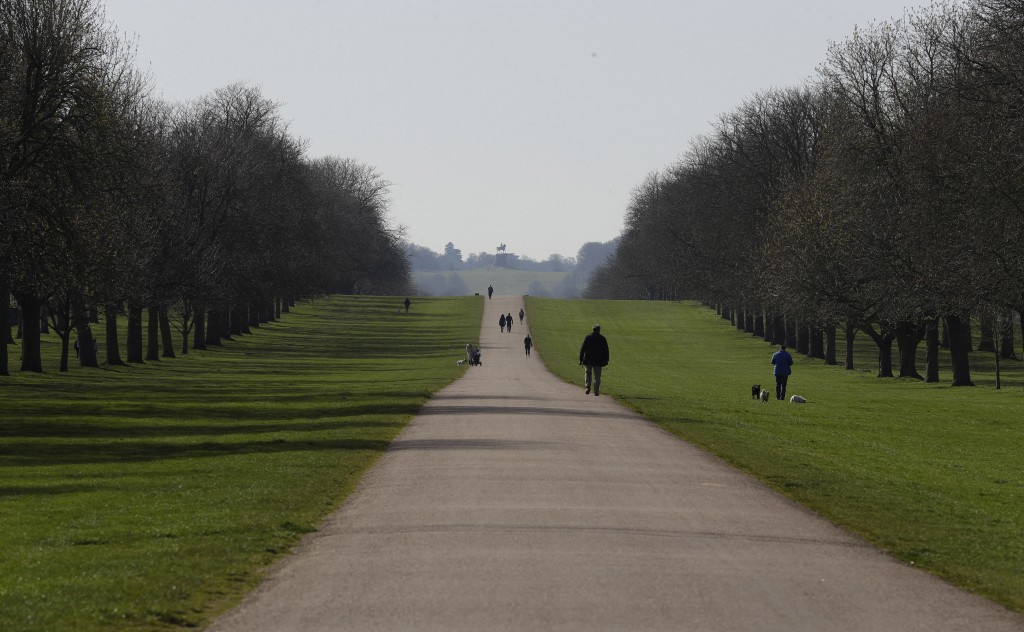 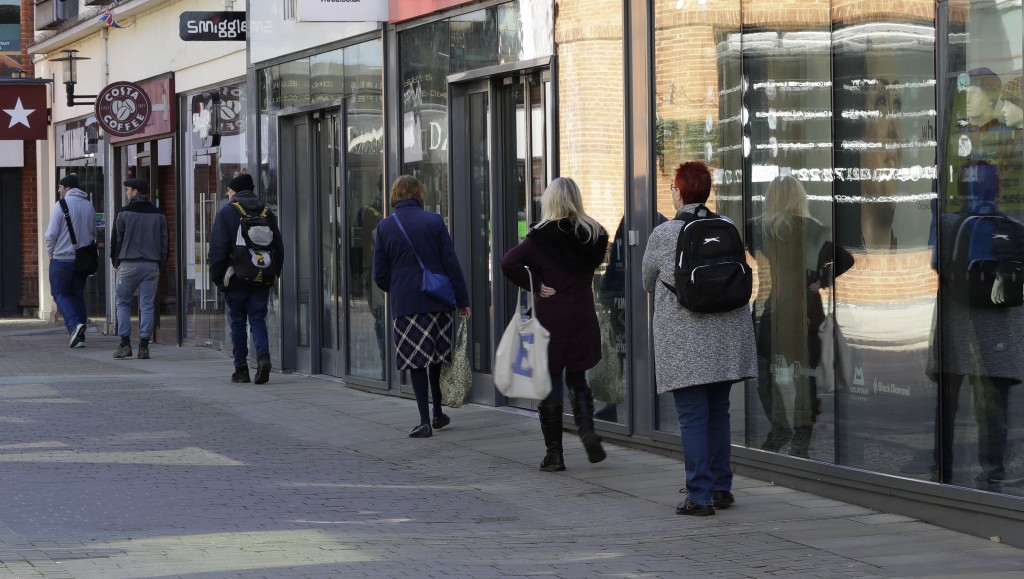 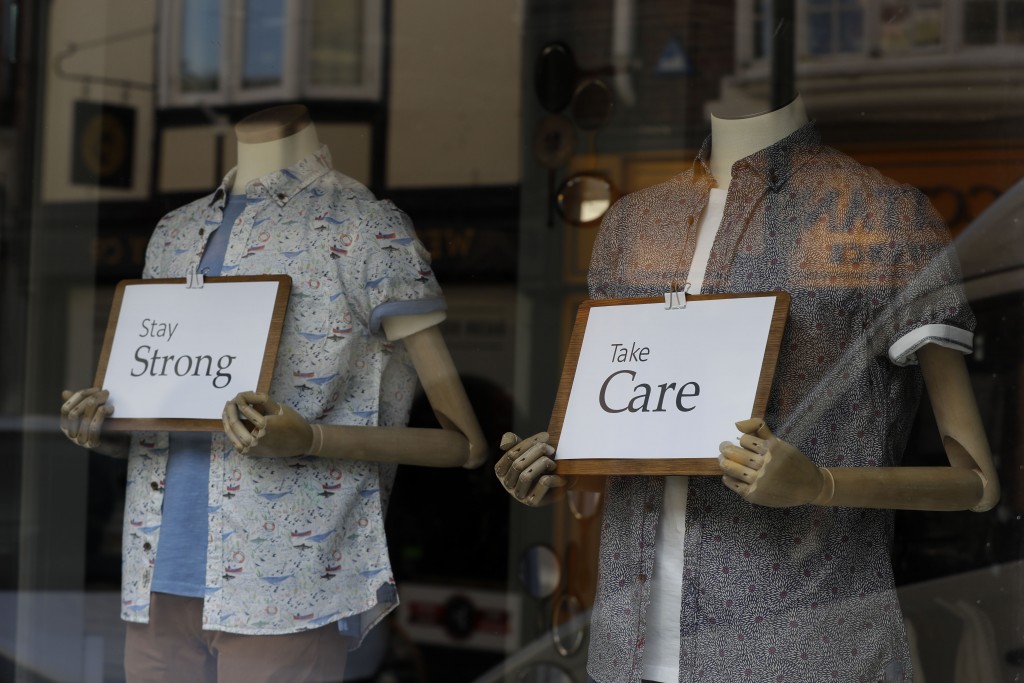 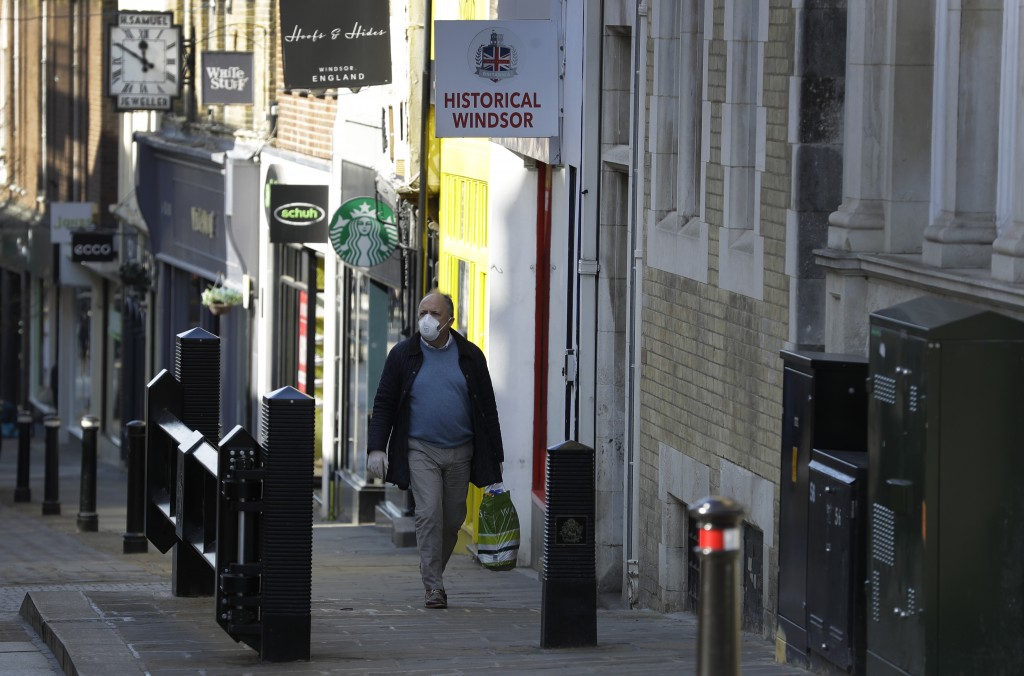 LONDON (AP) — Confusion rippled through Britain Tuesday, a day after Prime Minister Boris Johnson ordered a three-week halt to all non-essential activity to fight the spread of the new coronavirus.

Streets were empty but some subways were full. Hairdressers were closed but construction sites were open. Divorced parents wondered whether their children could continue to see them both.

The government has ordered most stores to close, banned gatherings of three or more people who don't live together and told everyone apart from essential workers to leave home only to buy food and medicines or to exercise.

“You must stay at home,” Johnson said in a somber address to the nation on Monday evening.

But photos showed crowded trains on some London subway lines Tuesday morning amid confusion about who was still allowed to go to work.

Julia Harris, a London nurse, said her morning train to work was full.

“I worry for my health more on my commute than actually being in the hospital," she said.

Sporting goods chain Sports Direct said its shops would remain open, arguing that selling exercise equipment was an essential service. It reversed course after an outcry from the public and officials.

Many building sites remained open, with construction workers among those crowding onto early-morning subways.

But London Mayor Sadiq Khan tweeted: “I cannot say this more strongly: we must stop all non-essential use of public transport now. Employers: please support your staff to work from home unless it's absolutely necessary. Ignoring these rules means more lives lost.”

Many families were also confused by the new rules.

After Johnson said people should not mingle outside of their household units, separated parents asked whether their children could still travel between their homes. In a series of television and radio interviews, Cabinet minister Michael Gove initially said children should not move between households, before clarifying that it was permitted.

The restrictions are the most draconian ever imposed by a British government in peacetime. But they don’t go as far as lockdowns in Italy and France, where people need a document authorizing their movements.

The government said police would have powers to break up illegal gatherings and fine people who flout the rules. But some expressed doubts about whether the lockdown could be enforced.

Britain has lost thousands of police officers during a decade of public spending cuts by Conservative-led governments. Johnson has promised to recruit 20,000 more police officers, but those efforts are still in the early stages. Unlike some other European countries, Britons do not carry ID cards, another factor complicating enforcement efforts.

"There is no way really that the police can enforce this using powers. It has got to be because the public hugely support it,” Peter Fahy, former chief constable of Greater Manchester Police, told the BBC.

For most people, the new coronavirus causes only mild or moderate symptoms, such as fever or coughing. But for some, especially older adults and people with existing health problems, it can cause more severe illness, including pneumonia. Hospitals in Italy and Spain have been overwhelmed by the critically ill.

Britain has recorded 6,650 coronavirus cases and 335 deaths. Intensive care departments in London, the hardest-hit city, are being inundated with COVID-19 patients. Johnson warned that the National Health Service could be overwhelmed within weeks unless people took the lockdown seriously.

Critics say British authorities have acted too slowly to avert an Italy-scale crisis. Schools were closed less than a week ago, and pubs and restaurants were only shuttered on Friday.

“The ‘absolutely’ necessary to go to work is still being used by some when it is not required — I think we need permits across controlled areas to go to a workplace,” she said. “Home working is hard for many but it is possible, we just need to adapt to a new way of being.”