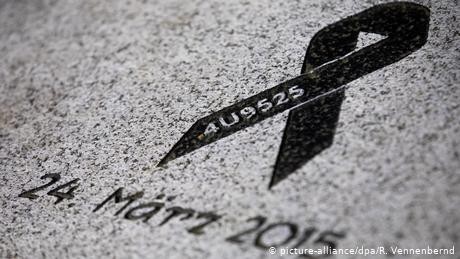 Mourners held an unconventional service on Tuesday to commemorate the fifth anniversary of the Germanwings Flight 9525 crash, which killed all 150 people on board in southeastern France.

The initial service, which was set to include victims’ relatives from Germany, Spain and other countries had to be canceled due to coronavirus. Instead, the mayors of two French municipalities in Vernet, close to the site of the crash, laid wreaths and held a minute’s silence. In Haltern am See in the German state of North Rhine-Westphalia, all church bells rang at 10:41 a.m. (9:41 a.m. UTC) to commemorate the exact time that it occurred, according to broadcaster Deutschlandfunk.

Seventy-two Germans were killed, including 16 high school students and two teachers from Haltern. The flight was on its way from Barcelona, Spain to Düsseldorf, Germany.

Read more: Germanwings crash parents: 'We're being made to prove our grief'

Investigators determined that the co-pilot, Andreas Lubitz, intentionally caused the disaster. He had previously been treated for suicidal tendencies and had been declared “unfit to work” by his doctor. They also found that he had been searching for “ways to commit suicide” and “cockpit doors and their security provisions” in the days preceding the crash.

The disaster sent shockwaves throughout Europe and resulted in regulations requiring two pilots to be present in the cockpit at all times.