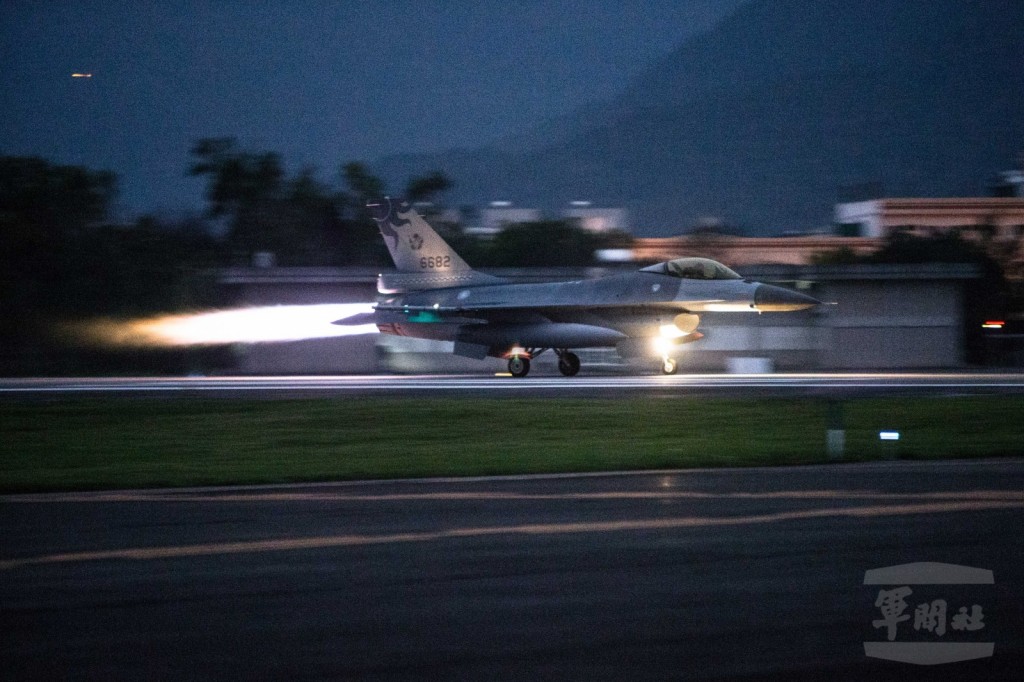 TAIPEI (Taiwan News) — The Ministry of National Defense carried out a military exercise off the east coast of Taiwan on Tuesday morning (March 24), just a few days after Chinese and American forces conducted separate exercises in the region.

A total of eight F-16 fighter jets took off from the Air Force base in Hualien at 5:30 a.m., simulating an emergency mission to intercept enemy aircraft entering Taiwan’s airspace. It was “an important exercise by the military aimed to prevent enemies from intruding and to deter air strikes,” according to the Military News Agency on Tuesday.

The integrated exercise also included operations to test the country’s cyberwarfare capabilities. In the meantime, the Air Force ground crew simulated an emergency repair of the aircraft runway.

The exercise came just days after the American and Chinese militaries had conducted their own exercises in the region. The U.S. Pacific Fleet confirmed via Twitter on Sunday (March 22) that the Seventh Fleet had launched a missile during a live-fire exercise in the Philippine Sea.

On March 16, a number of Chinese military aircraft, including Shaanxi KJ-500 early warning aircraft and Shenyang J-11 fighter jets, carried out an exercise off the southwest coast of Taiwan. For a brief moment, they neared Taiwan’s air defense identification zone and were promptly expelled by Taiwanese aircraft, according to the island country’s defense ministry.

Also on Tuesday morning, President Tsai Ing-wen (蔡英文) had plans to inspect the Army base in Tainan. But according to the Presidential Office, the purpose of the trip was to examine the military’s preparedness amid the global coronavirus (COVID-19) outbreak.