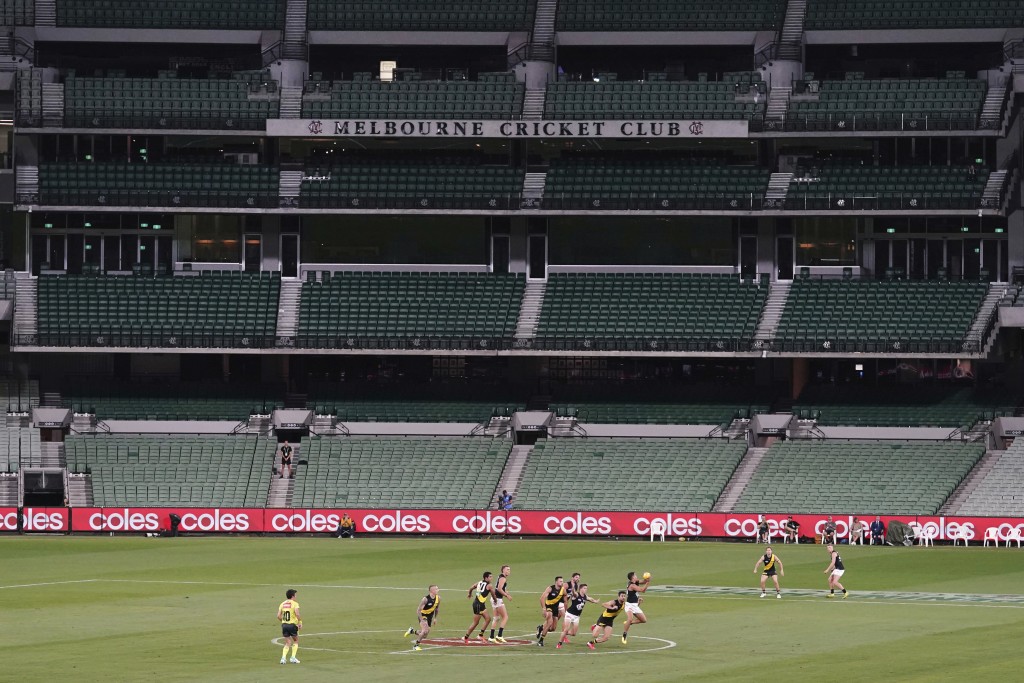 SYDNEY (AP) — Australian soccer's A-League has suspended its season indefinitely, bringing an end to all professional football competitions in Australia and New Zealand until the coronavirus pandemic passes.

Football Federation Australia chief executive James Johnson announced the decision Tuesday, saying the latest measures imposed by the federal government made it impossible for the A-League to continue. The league had only a few regular-season rounds remaining before the playoffs. Johnson said the postponement will be reviewed on April 22.

"As a national competition played in all parts of Australia, as well as New Zealand, mission complicated became mission impossible," Johnson said.

He remained optimistic the season could resume and said the postponement likely was "heartbreaking" for players, clubs and fans. All soccer in Australia from community to professional level has now been halted.

"We will feel this," Johnson said. "We will feel the financial pressure on the game at all levels. The game will survive. Will we need to make changes, be different? I say yes."

The multi-national Super Rugby competition suspended its season last week and attempts in Australia and New Zealand to create domestic competitions for their teams have been put on hold.

Australian rules' Australian Football League suspended its season Sunday after only one round. The National Rugby League followed suit on Monday after two rounds. In each case government restrictions on national and international travel, on public gatherings and non-essential activities made continuing untenable.