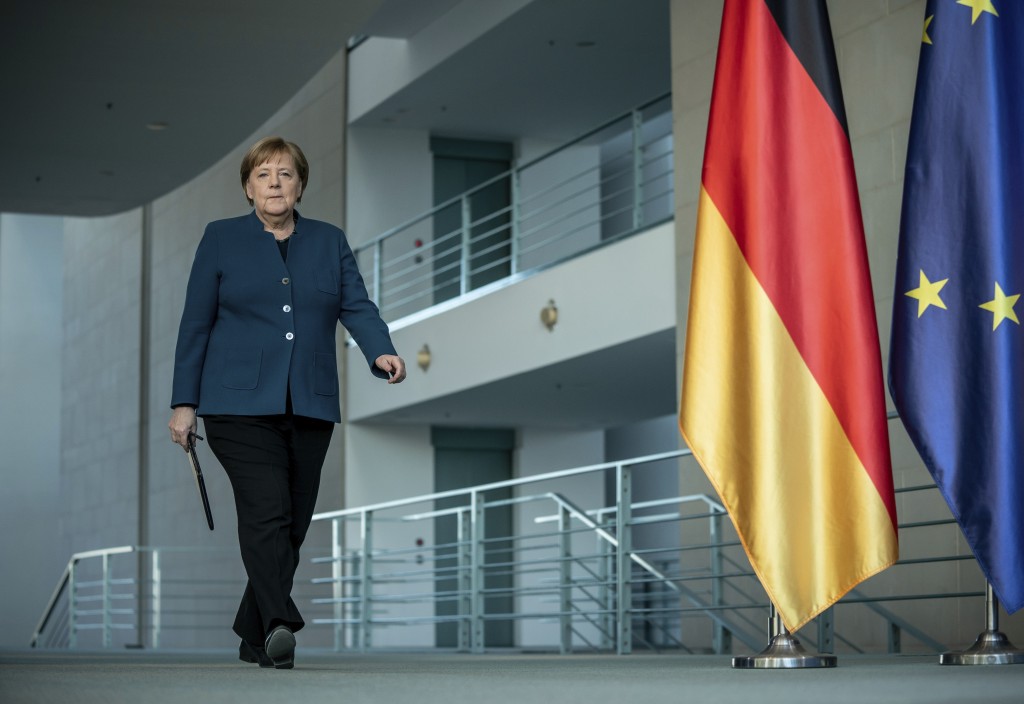 Spokesman Steffen Seibert told news agency dpa “the result of today's test is negative” but that “further tests will be conducted in the coming days.”

Merkel went into quarantine at home on Sunday evening after being informed that a doctor who had administered a vaccination to her had tested positive for the new coronavirus. She received the precautionary vaccination against pneumococcal infection on Friday.

The 65-year-old, who has led Germany since 2005, was informed about the doctor's test shortly after holding a news conference announcing new measures to curb the spread of the virus.

On Monday, she led a Cabinet meeting by phone from home.