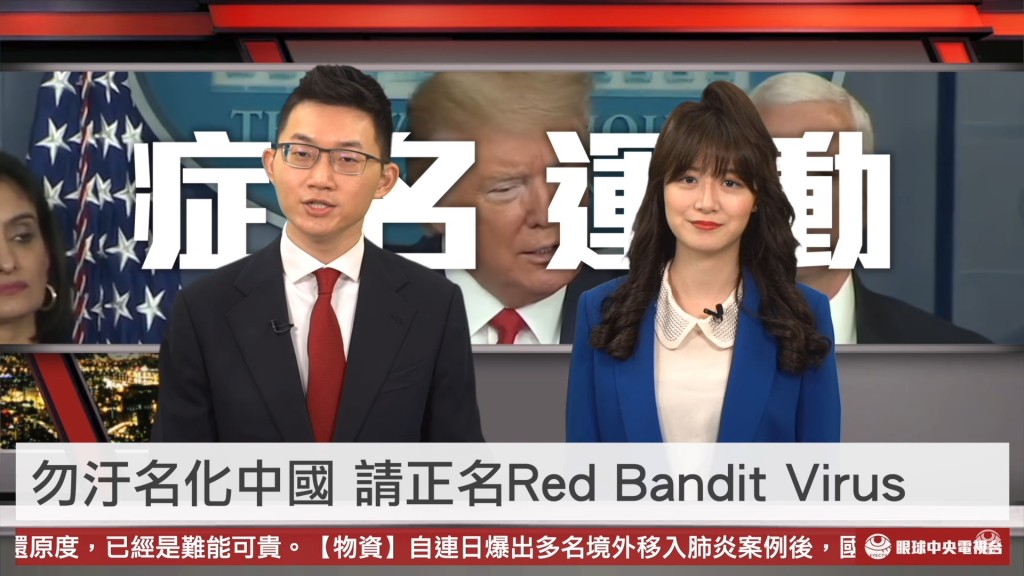 TAIPEI (Taiwan News) — In response to Trump calling COVID-19 the “Chinese virus,” a Taiwanese spoof news YouTube channel has urged the U.S. to “stop stigmatizing China” and instead call the coronavirus the “fake China virus,” the “bandit virus,” or the “Xi Winnie virus.”

On March 20, 2020, Eye Central Television (EYECTV) responded to Trump’s use of the term “Chinese virus” with tongue-in-cheek condemnation: “This is unacceptable; this virus has nothing to do with the Republic of China (ROC).”

This satirical take is rooted in the program’s premise of a Nationalist Party (KMT) state media organization obsessed with reclaiming Mainland China from the communist People’s Republic of China (PRC), targeted at an audience that identifies as Taiwanese and resents being labeled as Chinese nationals.

Boasting over 800,000 subscribers, EYECTV is a parody of CCTV (China Central Television), and its hosts deliver their satirical reports in sharp, monotone Mandarin, with the female half of the duo, Milia Eye, sporting a lofty, heavily hairsprayed do reminiscent of state media anchors of the 80s, around the end of Taiwan’s martial law period.

Lucky for Trump, we're here to demonstrate,” the male host Retina Eye continued. “You may call it the ‘fake China virus,’ the ‘bandit virus,’ or the ‘Xi Winnie virus.’”

"Bandit virus" is a reference to the KMT’s historical use of the derogatory term “red bandits” for the Chinese Communist Party (CCP), while “Xi Winnie” is a reference to Xi Jinping’s likeness to Winnie the Pooh.

Biased subtitles are another running theme in EYECTV videos — such as the translation of Trump’s explanation “China tried to say... [COVID-19] was caused by American soldiers” to “Winnie is trying to accuse us” — and similar jokes can be found in the program’s fake news ticker.

As the anti-extradition protests in Hong Kong drag on and Beijing increases pressure on Taiwan following the victory of anti-unification president Tsai Ing-wen (蔡英文), Taiwanese youth like those behind EYECTV can be expected to continue expressing themselves through political humor and satire, advocating for democracy and freedom of speech, standing up against the “sale” of Taiwan to China even while poking fun at themselves. 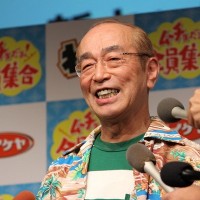