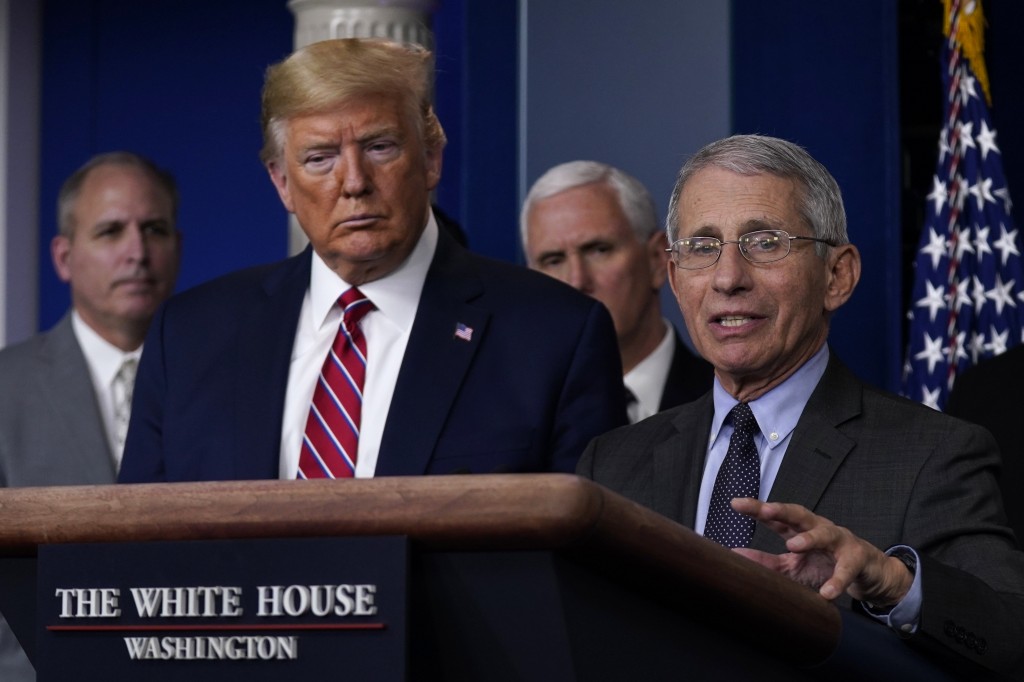 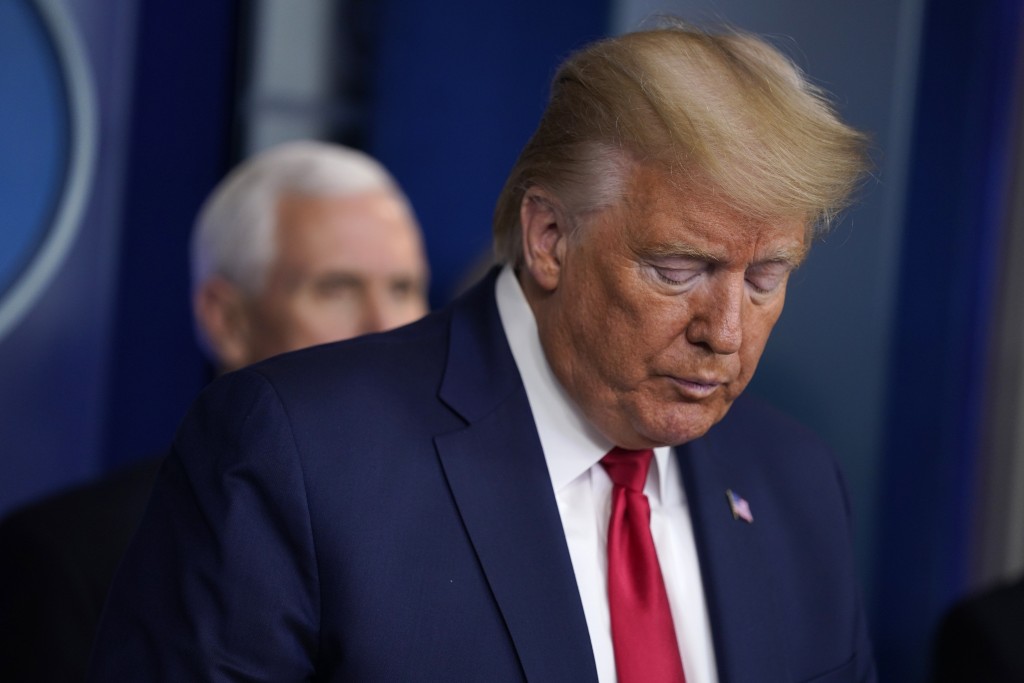 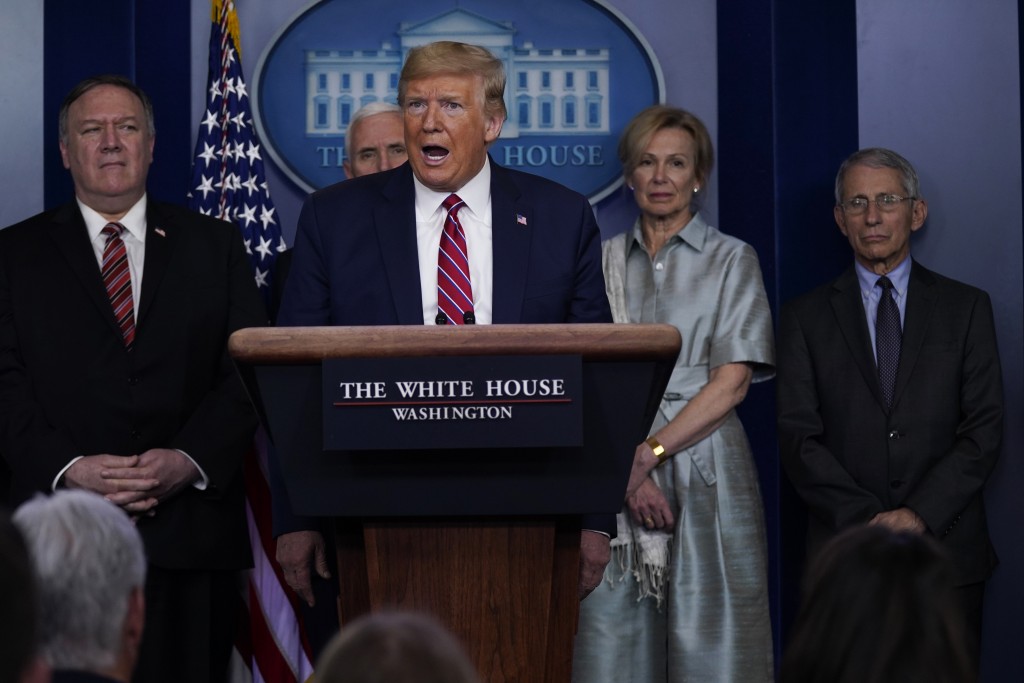 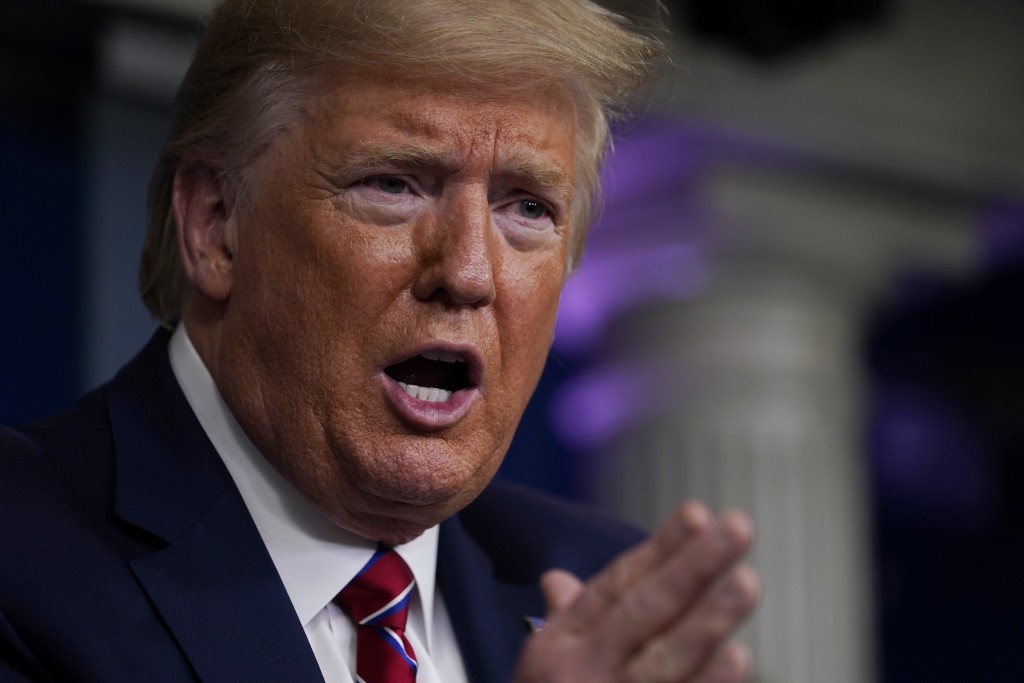 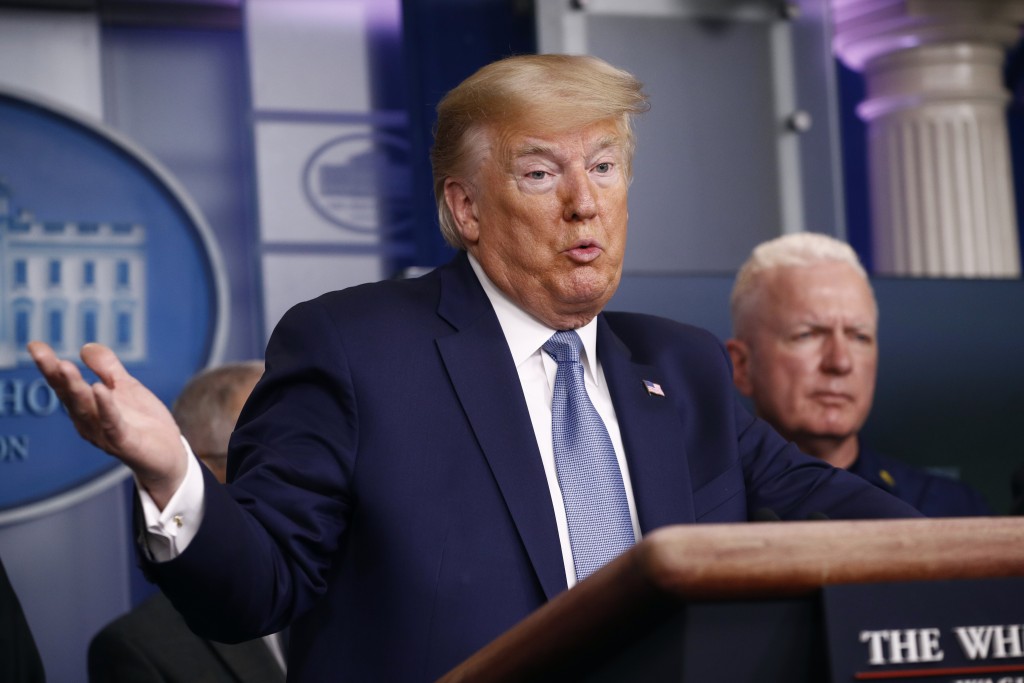 WASHINGTON (AP) — President Donald Trump is revising history as to how he described the dangers of the coronavirus as it swept across China and showed early signs in the U.S.

“I’ve felt it was a pandemic long before it was called a pandemic,” Trump insisted last week, adopting a newly somber tone about the crisis enveloping the globe as he urged Americans to work from home and prodded the nation’s cities and states to issue restrictions to promote social distancing. "I've always viewed it as very serious.”

But his claim doesn't match his rhetoric over the last two months before the World Health Organization declared the virus outbreak a pandemic. Trump instead repeatedly claimed COVID-19 was under “control” in the U.S. and suggested it would incur little economic damage, possibly disappearing magically by April. He now acknowledges the outbreak could stretch until August with a possible recession along the way.

Trump's statements came in a week of inflated expectations by him about an end game to the coronavirus crisis. He suggested that a drug to treat COVID-19 was at hand and that automakers would be able to manufacture medical ventilators “fast” enough to help fill an acute U.S. shortage of the medical equipment for patients.

Neither of those claims is true.

A look at the rhetoric and reality:

THE FACTS: Not once did Trump describe the COVID-19 outbreak as a possible pandemic until after the WHO declared it so on March 11. On the contrary, from January until March, he repeatedly suggested the virus was under “control” and that cases were going “down, not up” and would even completely disappear with warm weather by April, often contradicting his own health experts.

Trump also has described the coronavirus as a “hoax,” although he later made clear that he was referring to Democratic criticism of his handling of the outbreak.

In February, he asserted that coronavirus cases were going “very substantially down, not up” and told Fox Business News it will be fine because “in April, supposedly, it dies with the hotter weather. And that’s a beautiful date to look forward to.”

“It’s got the world aflutter, but it’ll work out,” Trump told a meeting of the National Association of Counties on March 3.

Two days before WHO’s pandemic declaration, Trump still painted a rosy picture on the coronavirus outlook. “So last year 37,000 Americans died from the common Flu. It averages between 27,000 and 70,000 per year,” he tweeted on March 9. “Nothing is shut down, life & the economy go on. At this moment there are 546 confirmed cases of CoronaVirus, with 22 deaths. Think about that!”

By last Monday, Trump was acknowledging the U.S. “may be” entering a recession and the virus could force Americans to hunker down and practice social distancing until August. More than 1 in 4 Americans are now under orders to mostly stay at home in states including California and New York, with more than 30,000 cases nationwide and over 400 deaths.

TRUMP: “Ford, General Motors and Tesla are being given the go ahead to make ventilators and other metal products, FAST! @fema Go for it auto execs, lets see how good you are?” — tweet Sunday.

TRUMP, on addressing a shortage of ventilators: “General Motors, Ford, so many companies — I had three calls yesterday directly, without having to institute like: `You will do this’ — these companies are making them right now.” — briefing Saturday.

THE FACTS: No automaker is anywhere close to making medical gear such as ventilators and remain months away — if not longer. Nor do the car companies need the president’s permission to move forward.

Neither GM or Ford is building ventilators at present, while Tesla CEO Elon Musk tweeted Friday that his company was “working on ventilators" but he didn’t specify how long it might take. His tweets also questioned the need and said it couldn't be done immediately.

Unless automakers can move with unprecedented speed, redirecting plants to make completely different products will take a long time — possibly too long to help with medical gear shortages.

GM announced on Friday that it is working with ventilator maker Ventec Life Systems to ramp up production. The automaker said it would help with logistics, purchasing and manufacturing, but stopped short of saying it would make ventilators in its own factories, which have been idled for two weeks after workers who'd been fearful of the contagion put pressure on the company.

Any manufacturing at GM would come much later. GM does have a lot of 3D printers and could make parts and other things to help, but it does not need permission from Trump. In fact, GM manufacturing engineers were at Ventec late last week working on this, well before Trump's tweet.

Ford, which also suspended factory production along with other automakers with operations in North America, confirmed that it too was in discussions with the Trump administration about helping, but had not started.

“We’re looking at feasibility,” Ford spokesman T.R. Reid said. “It may be possible, but it’s not you go from Rangers (small pickups) one day to ventilators the next."

TRUMP: “We're going to be able to make that drug available almost immediately, and that's where the FDA has been so great. They — they've gone through the approval process. It's been approved.” — briefing Thursday.

THE FACTS: It's not true that a new drug has been approved and is about ready to ship out.

The drug in question, known chemically as chloroquine, has been available for decades to treat the mosquito-borne illness malaria. Technically, doctors can already prescribe the drug to patients with COVID-19, a practice known as off-label prescribing. But Trump falsely suggested that the FDA had just cleared the drug specifically for the viral pandemic. That would mean that the drug had met the FDA's standards for safety and effectiveness.

Minutes later, the FDA commissioner, Dr. Stephen Hahn, emphasized that the drug still needs testing to determine whether it can help patients. He said chloroquine would have to be tested in “a large pragmatic clinical trial to actually gather that information.”

Drug trials typically require hundreds or thousands of patients and, even when accelerated, take weeks or months to complete. In his remarks, Hahn warned against giving patients “false hope” before drugs are fully vetted.

While chloroquine has shown promise in preliminary laboratory studies, some experts are skeptical it will prove effective in human testing.

“I think it could be a game changer, and maybe not,” Trump said, discussing the drug.

But the FDA reiterated in a statement hours after Trump's remarks that there are “no FDA-approved therapeutics or drugs to treat, cure or prevent COVID-19.”

TRUMP: “If chloroquine or hydroxychloroquine works, or any of the other things that they're looking at that are not quite as far out ... your numbers are going to come down very rapidly.” — briefing Thursday.

THE FACTS: The drugs he is referring to are for treatment in patients already infected. That doesn't prevent spread of the virus. One study is testing chloroquine to try to protect health care workers at highest risk of infection, because a vaccine is probably a year or more away. It's too early to invest great hope in that or other drugs.

THE FACTS: “No. The answer ... is no.” That was the response Friday from Dr. Anthony Fauci, director of the National Institute of Allergy and Infectious Diseases, when asked whether there's any evidence that the drug is useful for COVID-19.

He went on to say that hopes for the drug are based on “anecdotal” information. "It was not done in a controlled clinical trial, so you really can’t make any definitive statement about it.”

TRUMP: “Today, I'm also announcing that the Department of Housing and Urban Development is providing immediate relief to renters and homeowners by suspending all foreclosures and evictions until the end of April.” — news conference Wednesday.

THE FACTS: His assurance about renters is misleading, Most renters are not protected from being evicted if they cannot make their payments through April.

Under HUD's plan for the pandemic, foreclosures and evictions would stop for 60 days on single-family homes with loans through the Federal Housing Administration. That would apply to roughly 8 million homes, according to HUD, and many of them are not rentals. Andrea Shapiro of the Metropolitan Council on Housing, a New York-based housing advocacy organization, said the new protections only help a small number of people.