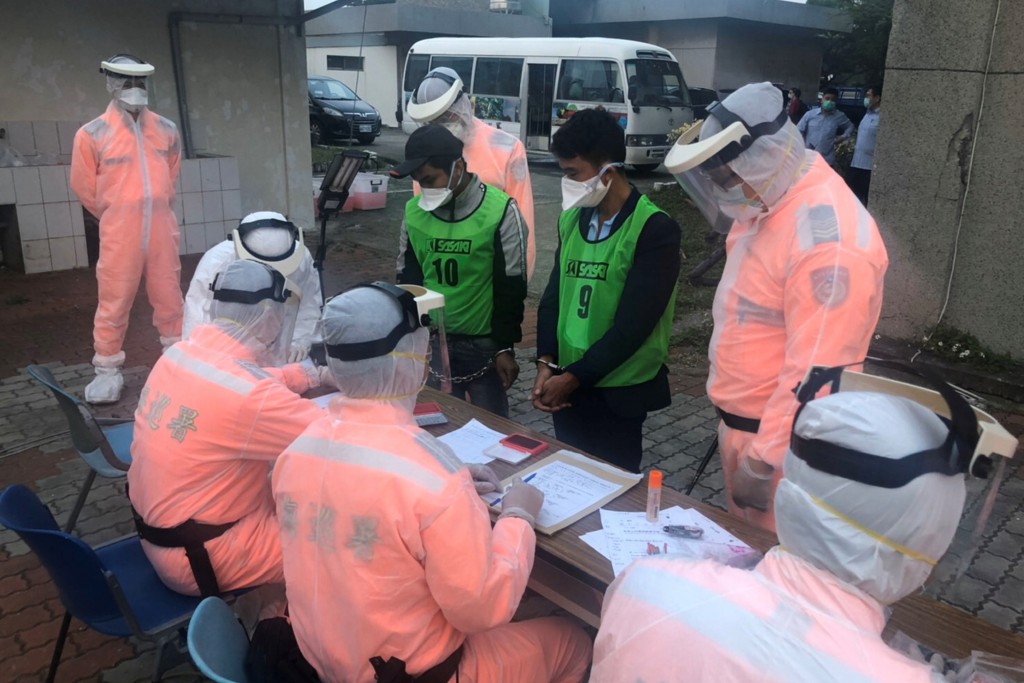 TAIPEI (Taiwan News) — As imported cases of Wuhan coronavirus (COVID-19) rise in Taiwan, 31 Vietnamese nationals were arrested after being found to have been smuggled on a fishing boat on Saturday (March 21).

With President Tsai Ing-wen (蔡英文) stating that the next two weeks are critical in containing the spread of COVID-19, human trafficking continues, potentially representing a dangerous hole in Taiwan's safety net. On Saturday, officers from the Lienchiang branch of the Coast Guard Administration CGA) boarded a Taiwanese fishing boat off the coast of Xiaoliuqiu Island.

Once on board, they found that a total of 31 undocumented Vietnamese nationals, including 24 men and seven women, stowed away inside, reported UDN. In addition to the 31 Vietnamese, Coast Guard officers arrested two Taiwanese crew members. Upon the order of the Pingtung District Prosecutors Office, the stowaways underwent examinations for coronavirus and were placed in special quarantine facilities. Meanwhile, the two crew members are being investigated by prosecutors for violating the Immigration Act (入出國及移民法).

After recently receiving a tip that a fishing boat was planning to smuggle in Vietnamese nationals, the Pingtung District Prosecutor's Office formed a special task force with the CGA and the National Police Agency Special Operations Group. The task force dispatched 120 officers in three coast guard vessels on Saturday to search for the vessel.

At 4 p.m. that day, the boat was spotted 10.6 nautical miles southwest of Xiaoliuqiu Island near Pingtung County, according to the report. When CGA vessels closed in on the boat, officers immediately spotted several Vietnamese nationals lying on the deck, while others were packed inside the tiny cabin. CGA officers donned protective clothing before boarding the vessel, sprayed disinfectant on the stowaways, took their temperatures, and questioned them about any recent symptoms. In order to prevent the spread of the coronavirus, the 31 Vietnamese illegal immigrants were then placed in quarantine.