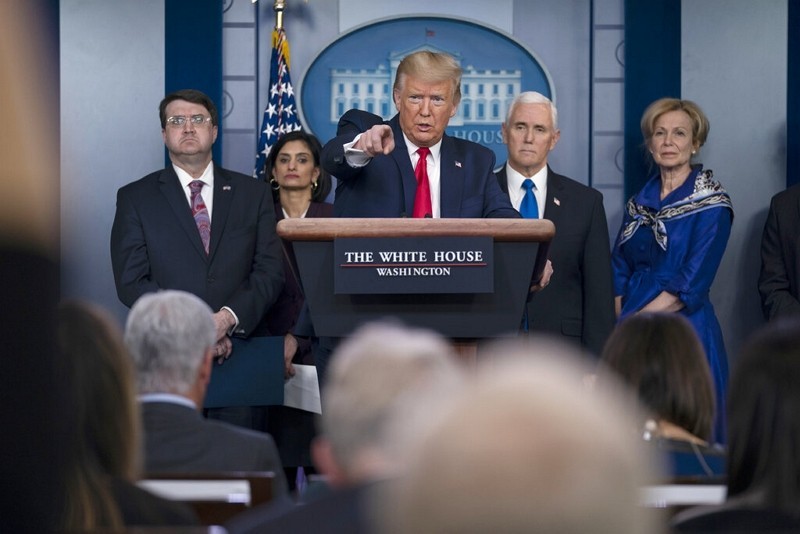 On the printed notes prepared by his aides, Trump had crossed out the term “corona” in black ink and added the word “Chinese.” When reporters asked him whether this term was racist, he said that there was no doubt the virus originated in China, just as it was a fact that China delayed reporting the epidemic, making the world pay the price.

At the same time, Time Magazine published an opinion piece saying that China’s efforts to keep Taiwan out of the World Health Organization had not allowed the island nation to share its forceful and rapid reaction to the coronavirus with the rest of the world, allowing many innocent people around the world to die. Those two news items show one thing, namely that Taiwan and China are two separate nations, one of which is a model state and the other a troublemaker.

Not since 1979 has Taiwan’s global status been more obvious. Since Trump was elected president in 2016, the U.S. has been treating Taiwan according to the actual international status a political entity should have.

Even though the status of a sovereign nation is not necessarily determined by the U.S., the fact that Taiwan is not a part of China is a common perception in the State Department, the White House, and Congress. This means the time has arrived for the world to recognize Taiwan as an independent sovereign nation. Even though the problems for doing so are significant, it is no longer impossible.

As countries try to block the Chinese virus from entering, none of them has listed Taiwan as a Chinese region, all of them have treated it as a separate entity. No matter whether it is looking at border control issues or drawing up lists of the number of coronavirus cases, Taiwan is always mentioned on the same footing as other independent countries, without any link to China.

Even though China forced a minority of countries to take a confusing stance, they quickly corrected the situation. This is a major test.

We have seen the whole world considering Taiwan as a separate political entity when facing practical issues. On the other hand, saying “Taiwan is part of China” has become something that only individuals with mental problems would whisper to themselves.

The question for President Tsai Ing-wen’s (蔡英文) government is, what should be the mission now? The fact that new legislative speaker Yu Shyi-kun (游錫堃) is pushing Taiwan to establish even stronger diplomatic relations with the U.S. is a significant issue.

In the words of Song Dynasty poet Yang Wanli (楊萬里), given the current situation, “10,000 mountains may not allow a river to run,” but at what time will the flood be impossible to prevent? It’s not impossible. It might be difficult in 2020, but maybe not so much in 2021, as time is on Taiwan’s side.

The Chinese virus pandemic confirms that Xi Jinping’s (習近平) leadership is problematic and could even threaten the basis for his authority. At the beginning of the epidemic, after a doctor named Li Wenliang (李文亮) died, calls for freedom of speech gained ground inside China, with calls for Xi’s resignation impossible to silence.

Xi’s headache is not just calls from the public that “everything is false,” but also, will the so-called drop in the number of new cases stand up to scrutiny? Even Trump has expressed doubts.

The question as to whether the virus is manmade has led to questions surrounding China’s virus laboratories. Reports of industrial production resuming could also be false, and the answers will only become clear in time.

The economy is a major challenge, as it will be difficult to tell whether the supply chain will still be in place. The “global factory” that China has established since its economic reforms and opening to the outside world, might not return after the epidemic, while the Xi Jinping era might be about to end.

During these economic upheavals, Taiwan should keep its distance from China and lean closer to the U.S. The TAIPEI Act, recently approved by the House of Representatives, is a window full of opportunities.

Taiwan’s first task is to quickly sign a bilateral trade agreement with the U.S. and to promote non-economic relations. These include a global alliance, a roundtable for religious freedom, and the international healthcare service campaign “Taiwan Can Help,” which is receiving ample attention at present.

Of course, Taiwan is also a beacon for freedom and human rights in East Asia. This is the organic earth that can allow the roots of Taiwan and the world to bind together. What Taiwan can do, China has no way of doing.

The historic opportunity that presents itself to Taiwan is the best chance over the past 40 years for something big to happen in the next 10 years. The U.S. has woken and is sounding a “wake-up call” to the rest of the world. 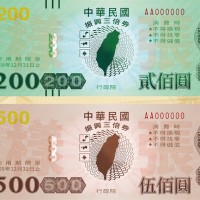 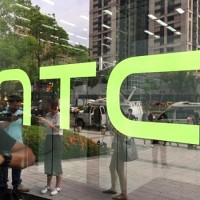