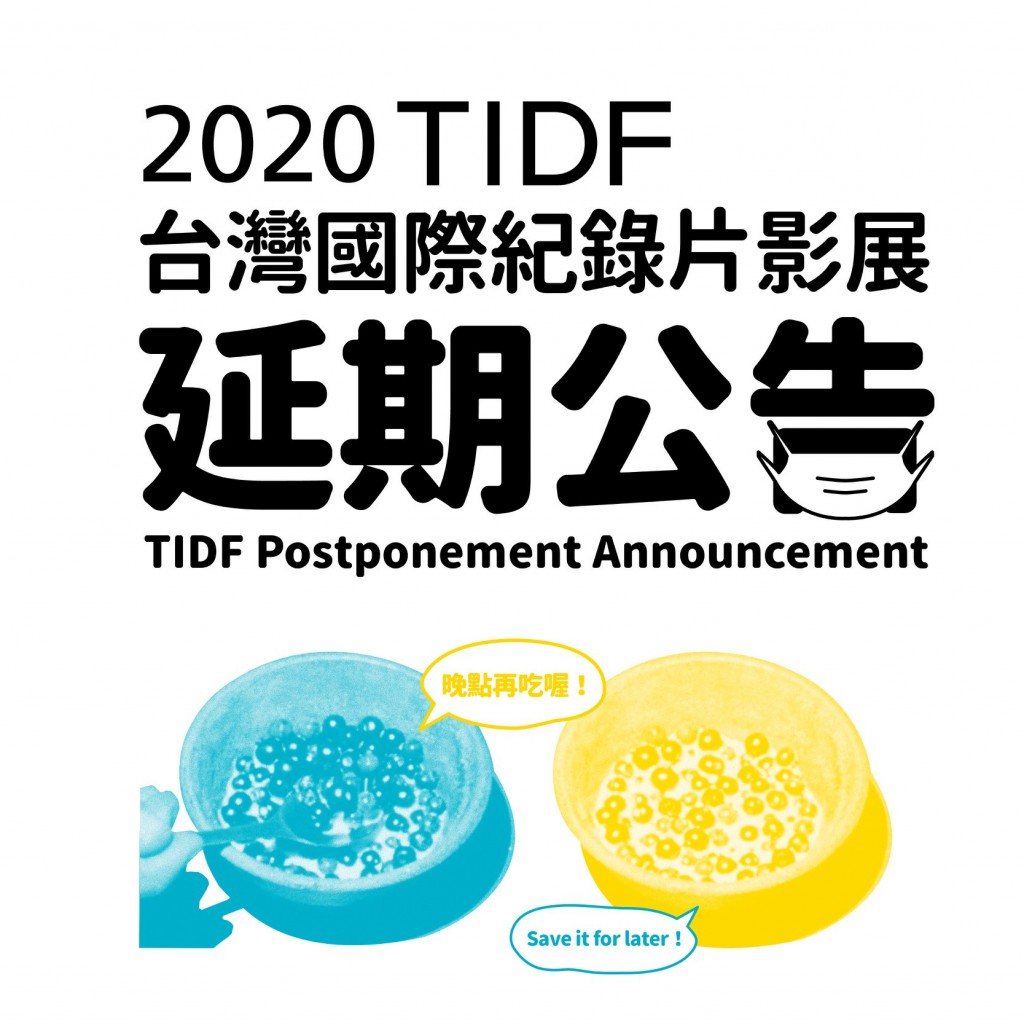 TAIPEI (Taiwan News) — The Taipei-based biennial documentary festival, originally scheduled for May, has been postponed until next spring due to the coronavirus (COVID-19) pandemic.

“We regret to announce that the 12th Taiwan International Documentary Festival (TIDF) will be postponed until spring 2021,” announced the organizer on Friday (March 20) via a statement. “All participants’ welfare is of our top concern now,” said the organizer, adding that “it would be irresponsible to put everyone under this unnecessary risk.”

Organizers said the decision was reached after careful assessment of the coronavirus outbreak, which started in China last year but later spread to the rest of the world. The pandemic has disrupted foreign filmmakers’ plans to visit Taiwan for the festival and take part in talks, performances, exhibitions, and networking events.

Established in 1998, TIDF has become an international platform for film exchanges among filmmakers. The biennial event focuses on documentaries that touch upon social issues, screening more than 130 films each festival.

The coronavirus, which originated in the Chinese city of Wuhan, has expanded to the rest of the world over the past two months, infecting over 244,000 people and killing more than 100,000 as of Friday.

A number of cultural events in Taipei, which normally draw hundreds and thousands of visitors each year, have been either postponed or canceled. These include the Taiwan International Festival of Arts, Golden Horse Fantastic Film Festival, and Taiwan International Book Exhibition.