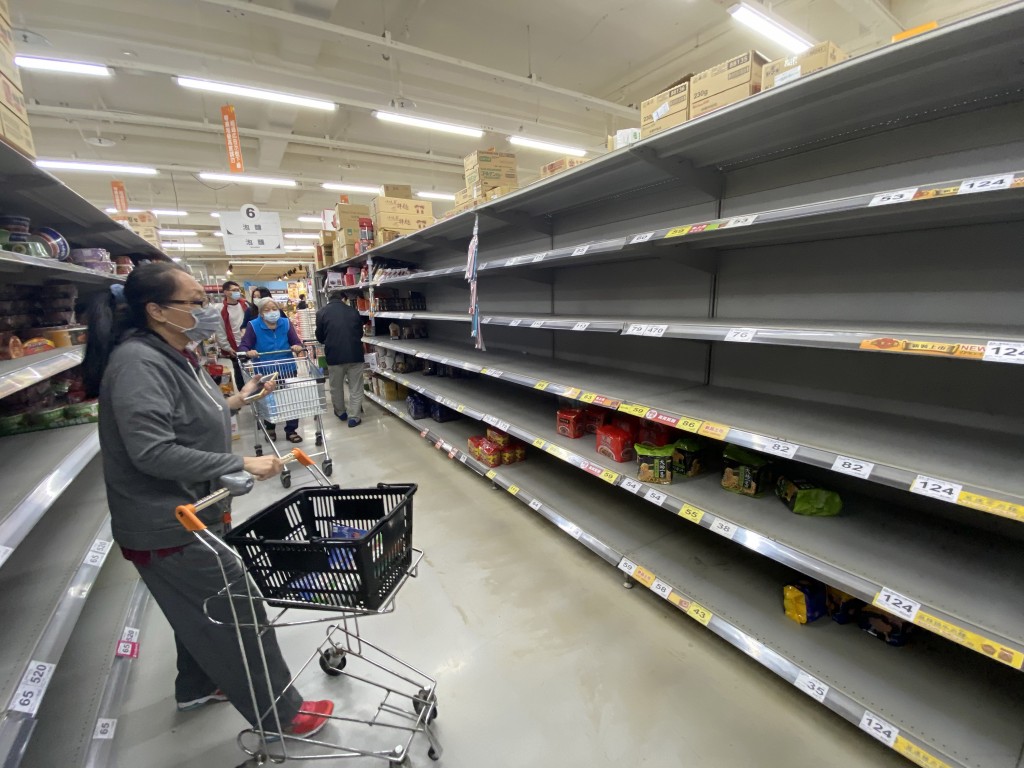 TAIPEI (Taiwan News) – Online rumors could be responsible for a recent spate of hoarding due to the Wuhan coronavirus (COVID-19) pandemic, the Ministry of Justice said Friday (March 20), warning that hoarding and price gouging may be subject to a maximum prison sentence of seven years.

While scenes of empty supermarket shelves and shoppers pushing carts loaded with toilet rolls have not been as prevalent in Taiwan as Europe and North America, recent days have seen crowds buying up instant noodles.

The sudden eruption of hoarding may have been the result of netizens posting comments online that encouraged the public to prepare for the worst and buy unusually large quantities of food and toilet paper, CNA quoted Justice Minister Tsai Ching-hsiang (蔡清祥) as saying.

The ministry’s Investigation Bureau (MJIB) was collecting information and preparing action against the perpetrators, though Tsai could not confirm to lawmakers whether Chinese netizens were involved. One possibility was that Taiwan nationals were disseminating false information originally released by Chinese sources, Tsai told lawmakers.

Hoarding products to resell at higher prices is punishable by jail terms ranging from one year to seven years, or by fines of up to NT$5 million (US$165,000). Government leaders have said there is no need for hoarding, as supplies of food and other products are still plentiful.