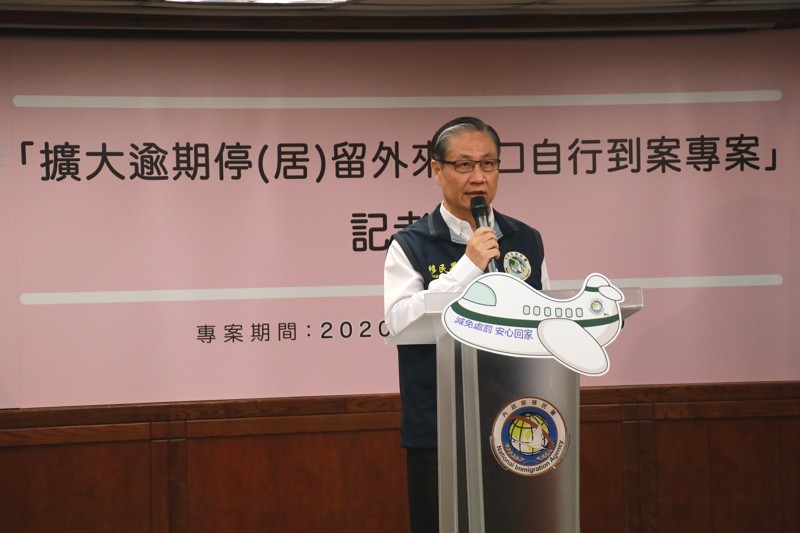 TAIPEI (Taiwan News) — The National Immigration Agency (NIA) announced on Friday (March 20) an extended program to encourage foreign nationals who overstay their visas to turn themselves in and help curb the spread of the coronavirus.

The measure was implemented after Taiwan reported its 32nd confirmed case of COVID-19 last month, an Indonesian caregiver. The undocumented carer was moving from one hospital to another, making it difficult to trace her movements, which prompted concerns about disease prevention efforts being undermined due to the loophole of unaccounted for foreign nationals.

According to the amnesty program, individuals residing in Taiwan on an expired visa who self-report between April 1 and June 6 will be eligible for reduced penalties. Visa overstayers who surrender themselves to the authorities from March 20 through March 31, the policy promotion period, are also entitled to the same treatment.

The reduced penalties would entail no detention, no entry ban, and a minimum fine of NT$2,000 (US$66), said the NIA. After the program expires, visa overstayers will be subject to heavier punishment.

The policy applies to visa-exempt visitors, too. For information about the program, call the NIA hotline at 0800-024-881, or Ministry of Labor hotline at 1955.

The Taiwan authorities have stressed the need to incorporate all migrant workers into its fight against the pandemic. Rather than enforce a sweeping crackdown, the government urges illegal migrant workers to turn themselves in and promises assistance to protect them against the disease.