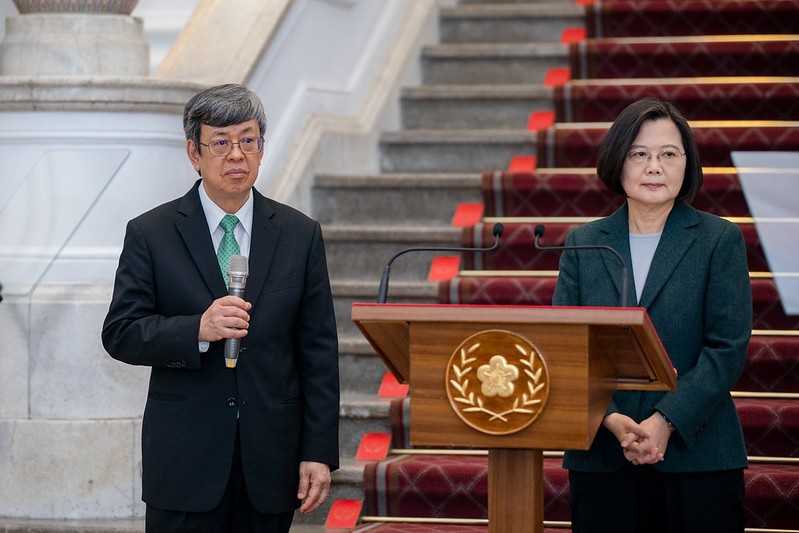 TAIPEI (Taiwan News) — Taiwan will share its approach to controlling the spread of the novel coronavirus (COVID-19) with the world, said President Tsai Ing-wen (蔡英文) on Thursday (March 19), suggesting that the World Health Organization has been incompetent at preventing the pandemic.

Taiwan will “share its tactics in combating the coronavirus based on the spirit of openness and mutual assistance,” said Tsai, who called a press conference on Thursday afternoon. “Only when the international community fully cooperates can we ensure the whole world achieves victory in this battle,” she said, adding that the United Nations health agency has failed to successfully lead global efforts to contain the virus' spread.

Vice President Chen Chien-jen (陳建仁), who is a reputable epidemiologist, said at the press event that he had received requests for advice from notable research universities in the U.S. as well as from scholars in Japan, Hong Kong, and the U.K. over the last few weeks.

Nevertheless, the country’s Central Epidemic Command Center, which was established two months ago before the Chinese authorities shut down Wuhan, where the virus originated, has been forced to step up its measures, including an entry ban on most foreigners, in an attempt to control the climbing number of cases in Taiwan in the past few days. Taiwan has seen dozens more confirmed cases in the past week, with most being imported ones, after a large number of Taiwanese tourists returned home from Europe, Asia, and the Americas.

During the press conference, Tsai urged the public to remain calm and cooperate with the authorities on taking disease precautions. “Restrictions on personal mobility are temporary approaches” crucial to preventing the further spread of the coronavirus, despite some inconveniences they may bring to people's lives, she said.

The next two weeks will be key in determining whether the country can contain the second wave of the coronavirus cases from other parts of the world in addition to those that originated in China, according to the president. The ban on foreign visitors went into effect Thursday as coronavirus cases continue to surge in Europe and the Americas, with a total of 218,800 infections and more than 8,800 deaths worldwide as of Thursday.

Tsai went on to stress that the ban only limits the non-essential movements of personnel and that the circulation of staple goods remains unaffected. The public need not engage in panic buying and should help share accurate information, she added.

The president warned against deliberately stockpiling and jacking up the prices of daily products, adding that these behaviors would be met with a heavy fine. She also implored the public not to spread hatred nor fuel quarrels among Taiwanese society, saying: “Only by showing a sense of unity can we defeat the virus.”