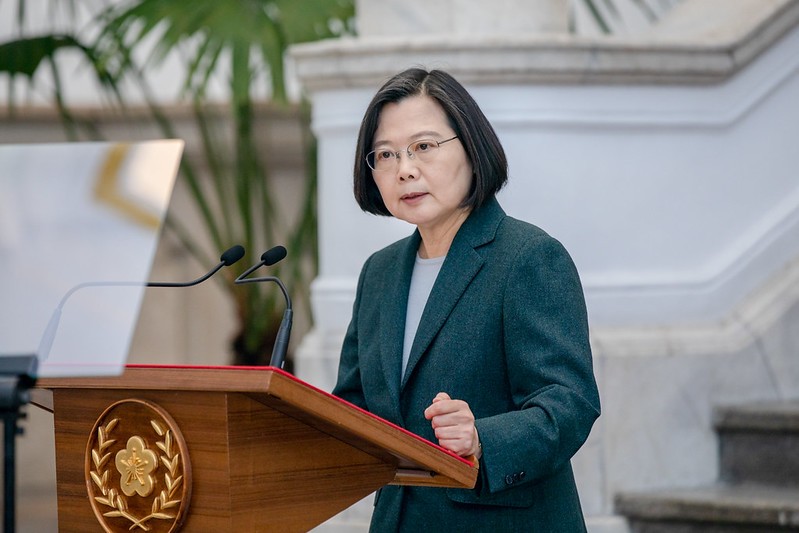 “Even though Taiwan’s economy has been influenced by the global coronavirus outbreak, the country’s overall economic performance has remained stable and strong compared to other nations,” said Tsai at a press conference in the afternoon, after stocks plunged 537.33 points, or 5.83 percent, on Thursday, closing at 8681.34 points.

Stocks have experienced a sharp decline for 10 consecutive trading days. Vice Premier Chen Chi-mai (陳其邁), who chairs the National Financial Stabilization Fund, is reportedly holding a high-level meeting in the afternoon to discuss the matter.

This year alone, the government has prepared a budget of more than NT$870 billion (US$28 billion) to be allocated to investment and purchasing, said Tsai. The legislature has also passed a special budget of NT$60 billion to be poured into industries facing financial difficulty because of the pandemic, said the president, adding the government has an additional NT$40 billion funds ready for use if necessary.

As for the tourism and airline industries, which were greatly impacted by the border control and shutdown measures that many countries and cities have taken in attempts to curb the further spread of the virus, Tsai said the government intends to offer assistance on a project by project basis. The government will be providing up to NT$30 billion funds taken from the special budget and previous programs to help those businesses get through difficulties, she said.