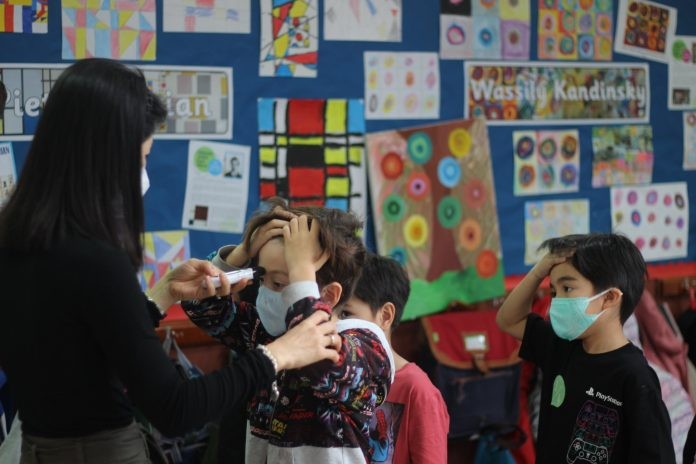 Taiwan's Central Epidemic Command Center (CECC) on Wednesday announced 23 more confirmed cases of coronavirus, the country's largest single-day increase since the outbreak began, bringing the total to 100. Chen announced that 21 of the new cases had traveled to Asia, Europe, or the U.S. and that two had contracted the disease in Taiwan.

Later on Wednesday, Taipei American School (TAS) announced on its official webpage that the school would be closed following the end of classes that day. It then stated that the campus would remain closed for its regularly scheduled spring break with all events canceled through March 29. The school said that it is currently planning on resuming classes on March 30.

Meanwhile, Taipei European School that day sent a text message to parents stating that in order to protect the students from the virus, it will be canceling face-to-face classes and instead opting for a "Digital Learning" program. This online program combined with the school's spring break will result in classes being postponed until April 13.