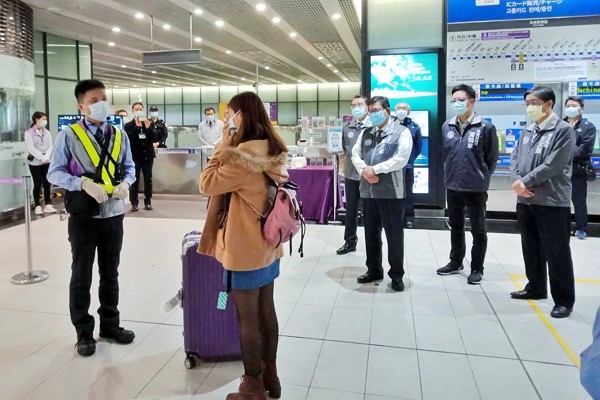 During the daily press conference, Health Minister and CECC Head Chen Shih-chung (陳時中) noted that Taiwan has entered a crucial period of the novel coroanvirus (COVID-19) pandemic. To minimize the chance of transmission clusters and people running away from quarantines, Chen said that the new system will track individuals using the GPS on their mobile devices.

Chen emphasized that a warning text message will be sent to individuals who attempt to leave their homes as well as to local government officials and the CECC. He said that the Taiwanese government has requested all travelers to Taiwan electronically fill out their personal information and travel history since February upon entry, which can help determine the necessary quarantine periods.

Howard Jyan (簡宏偉), director general of the cyber security department under the Cabinet, also pointed out that the government will team up with LINE and Taiwanese electronics brand HTC Corp. to create an online system that receives daily health reports from people in quarantine. He added that the system will hopefully simplify medical staff's responsibilities and take some pressure off their shoulders, reported CNA.

According to the Liberty Times, the vigilant monitoring system was built in February, but the CECC had not enabled it until Wednesday. Taiwan's incorporation of smart technologies into its virus prevention has won the country praises from the international community, including Israel, which announced Saturday (March 14) that it will use Taiwan's security system as a model to track potential COVID-19 cases.