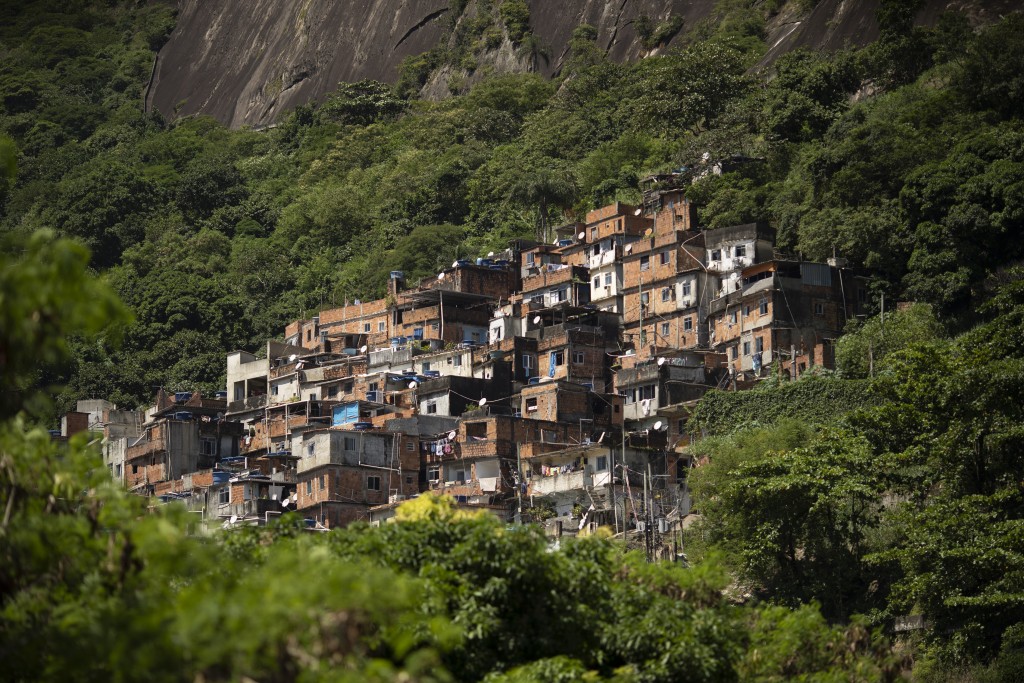 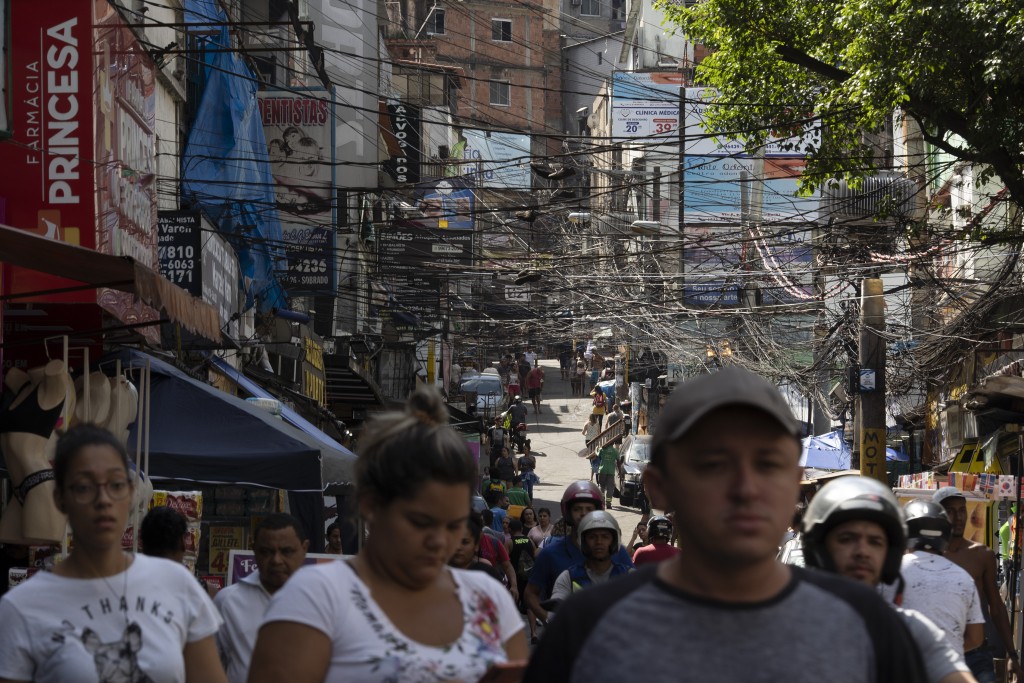 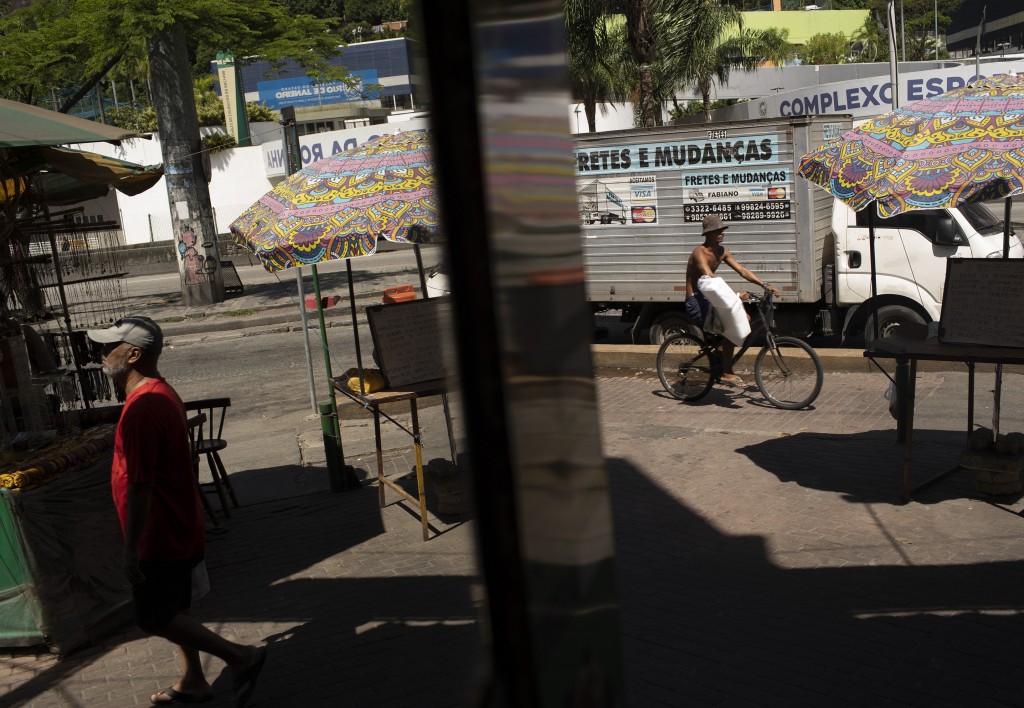 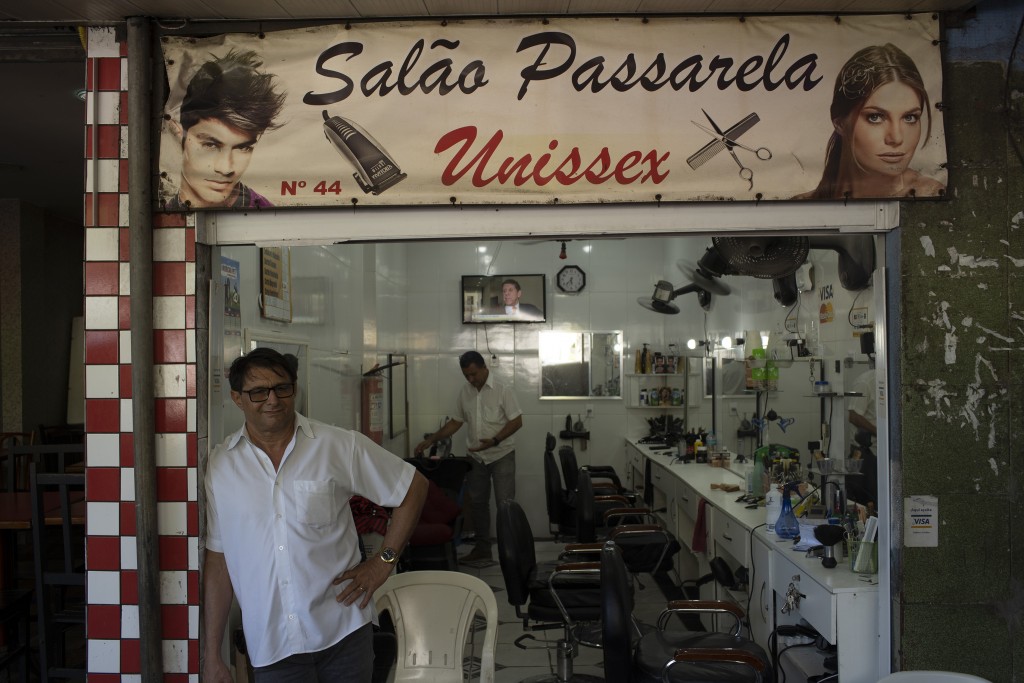 RIO DE JANEIRO (AP) — Since the outbreak of the new coronavirus, nations have begun imposing travel restrictions and closing their borders to contain the pandemic’s spread. The latest attempt to impose controls involves a smaller territory: the hillside neighborhood of Rocinha in Rio de Janeiro.

Rocinha, Brazil’s largest favela that was home to about 70,000 people as of the latest census, is a geographic bowl with brick homes covering its slopes and overlooking the Atlantic Ocean. Its narrow alleyways reduce airflow around homes packed tightly together and the neighborhood, which lacks proper sewage, has a high incidence of tuberculosis. Locals are understandably keen to avoid the import of other airborne pathogens.

With that in mind, Wallace Pereira da Silva, president of Rocinha’s residents’ association, says he delivered an official request on March 13 to the state tourism secretariat asking for foreigners to be banned from entering Rocinha.

“What we have most news of is that the disease comes from foreigners, and that worries us,” Pereira da Silva said in an interview. “Obviously we're taking precautions — washing our hands, using hand sanitizer, etc. — but the big worry for me personally is foreigners visiting.”

The tourism secretariat’s press office wasn’t immediately able to confirm receipt of the document, which was reviewed by the Associated Press. A tour outfit in Rocinha contacted by the AP referred questions to Pereira da Silva about whether it was allowed to guide foreigners or still doing so.

Rio’s favelas have garnered something of a mystique, with films like Elite Squad and the Oscar-winning classic Black Orpheus depicting them as plagued by drug trafficking and poverty, but blessed with vibrant culture and privileged vistas. Vacationers often include a favela visit on their checklist, be it independently, on a walking tour with a local guide, or riding in the bed of safari-like trucks, the latter of which have been widely criticized as dehumanizing. Rocinha, located near the hotels of Ipanema and Copacabana, is a common destination.

Other touristic sites in Rio de Janeiro are also starting to come under the microscope. State firemen in three trucks parked Monday on the sidewalks of the touristic beaches of Leblon, Ipanema and Copacabana, playing a recording urging beach-goers to leave in order to prevent spread of the virus. The trucks will be back Tuesday morning.

The state’s governor will also publish a decree banning visits to certain tourist destinations for 15 days, according to the press office of the tourism secretariat. That includes Sugarloaf Mountain and Christ the Redeemer, where visitors stand cheek-to-jowl to snap selfies with the famous statue looming behind them. Other than those two mountaintops, some of the best spots in Rio to find a sweeping view of the city are in the hillside favelas.

Brazil has recorded 234 cases of coronavirus, with local transmission confirmed in Rio de Janeiro, Sao Paulo and Bahia state, according to the health ministry. There are another 2,000 possible cases nationwide.

For most people, the virus causes only mild or moderate symptoms, such as fever and cough. For some, especially older adults and people with existing health problems, it can cause more severe illness, including pneumonia, and death. The vast majority of people recover.

Adam Reynolds, a personal trainer and health coach, was supposed to travel through Brazil starting March 20, but the new coronavirus has rendered his trip all but canceled. Rocinha was the only favela he had heard of, and he hoped to visit on foot with fellow travelers.

“When I’m in a new city, I like the grunginess of certain places, I like that authentic feel,” Reynolds, 33, said by phone. “I’m the kind of person who, when I travel, I do try to see. I like experiencing things by walking, by getting lost and seeing what I see.”

Rocinha and favelas like it have “high geometric complexity” that entails winding alleys and soaring staircases, according to Washington Fajardo, the prior mayor’s special adviser on urban issues and a visiting housing policy researcher at Harvard University. That makes it difficult for medical professionals to retrieve an ailing patient from the hilltop in case of emergency.

With extremes of density and geography, favelas’ relative vulnerability means there is some rationale to the idea of barring tourists, according to Paulo Brandão, a virologist at University of Sao Paulo who specializes in coronaviruses. That’s particularly true for visitors like Reynolds, who planned to travel from New York City, one of the places hardest hit in the U.S. However, such a measure is partially undermined by the fact local transmission of the virus has already begun, Brandão added.

Reynolds is disappointed about his trip falling apart.

“The next international trip I take will most likely be to Brazil, unless something unforeseen happens,” he said. “I'm looking forward to going whenever this all clears up. I just hope I don’t have to wait another year.”