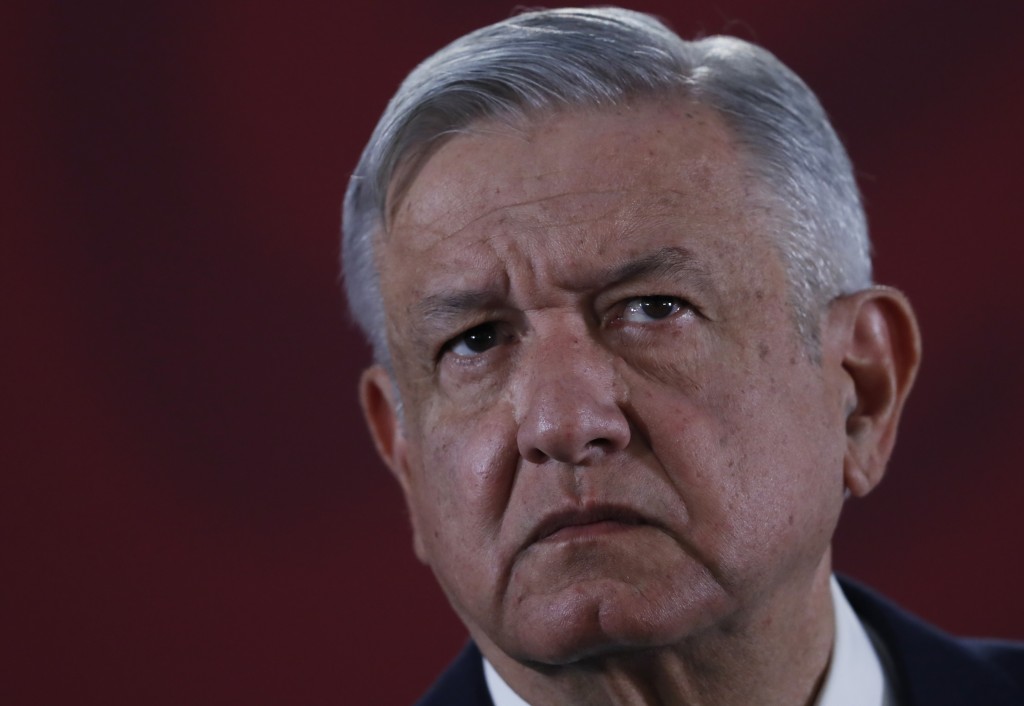 MEXICO CITY (AP) — President Andrés Manuel López Obrador said Monday he will suspend his tours of the countryside and intimate, person-to-person interactions with large numbers of supporters when his coronavirus czar tells him it’s time to do so.

After a weekend visit to the southwestern state of Guerrero where he waded into crowds, shook hands and gave and received cheek-kisses, in contrast to advice from health officials that Mexicans begin practicing social distancing to slow the virus’ spread, López Obrador said the decision will be up to Health Department Deputy Secretary Hugo López-Gatell.

“He will tell me, ‘It’s not convenient that you meet with a lot of people, or you should no longer go to those events, nor greet with hugs, kisses, nothing,’” López Obrador said. “He will tell me when.”

Mexico had 53 confirmed cases of the virus as of the latest complete report late Saturday and no deaths, though health officials said Sunday that that a 71-year-old man was in critical condition, knocking down media reports he had died.

For most people, the new coronavirus causes only mild or moderate symptoms, and most recover, though the disease can cause more severe illness for some, especially the elderly or people with underlying health conditions. The worldwide outbreak has sickened over 179,000 people and left more than 7,000 dead. Over 78,000 people have recovered, most of them in China.

López Obrador has long favored an up-close-and-personal style with his supporters on the campaign trail and continuing after his assumption of the presidency in December 2018. But his continued engagement in affectionate physical greetings over the weekend, as the country braced for a worsened coronavirus situation, prompted criticism that he was modeling behaviors his government is trying to change.

“The president still thinks that with kisses, hugs, handshakes and massive congregations where they cuddle him, he can stop a pandemic,” columnist Denise Dresser wrote in the newspaper Reforma on Monday. “He cares more about personal popularity than lethal virality. His narcissism defeats his patriotism.”

Cheek-kisses and hugs are a mainstay in Mexican culture, including often for someone you've just met. In workplaces, homes and on the street, those deeply ingrained ways are being tested these days by coronavirus protocols.

López-Gatell said at the news conference that the president is in good health and there’s no reason for him to be tested for the virus. He also downplayed concerns about the tours.

“The force of the president is moral, it is not a force of contagion," López-Gatell said.

López Obrador argued that his public appearances lift people’s spirits and said he would not, for example, show up wearing a face mask.

“If the president is like that, how are the people going to be?” he said. “That is, I have to give the people encouragement, I should give security.”

The president vowed that social programs such as pensions for the elderly and student scholarships would continue to be funded regardless of how much damage the virus causes Mexico’s economy. The Mexican peso weakened to over 23 to the U.S. dollar for the first time in history on Monday.

Mexico has ordered schools closed for a month and suspended a number of large events, while allowing others, such as a weekend music festival in in the capital, to go on as planned.

López-Gatell said Monday that Mexico, which saw its first confirmed case about a month after the United States and European nations, is approaching an “inflection point” when the virus will begin to accelerate in the country, and at that time more aggressive measures will be put in place to mitigate its spread.

At some point, “He is going to say to all of us Mexicans: ‘Stay inside, go home, don’t go out ... don’t go to public events,’” López Obrador said. “Whatever is recommended, in its proper moment.”