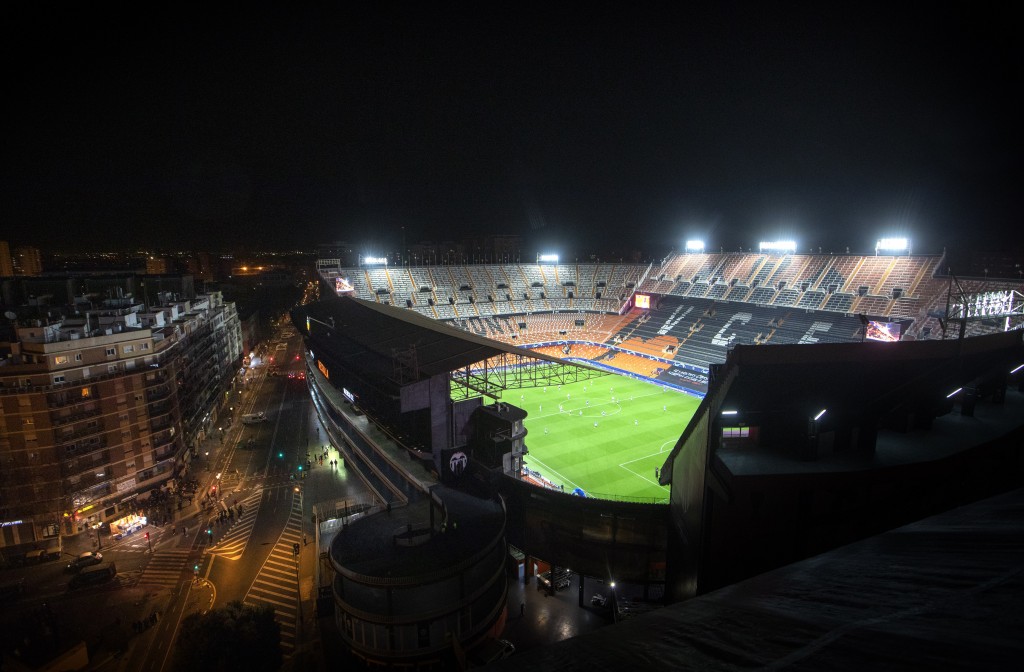 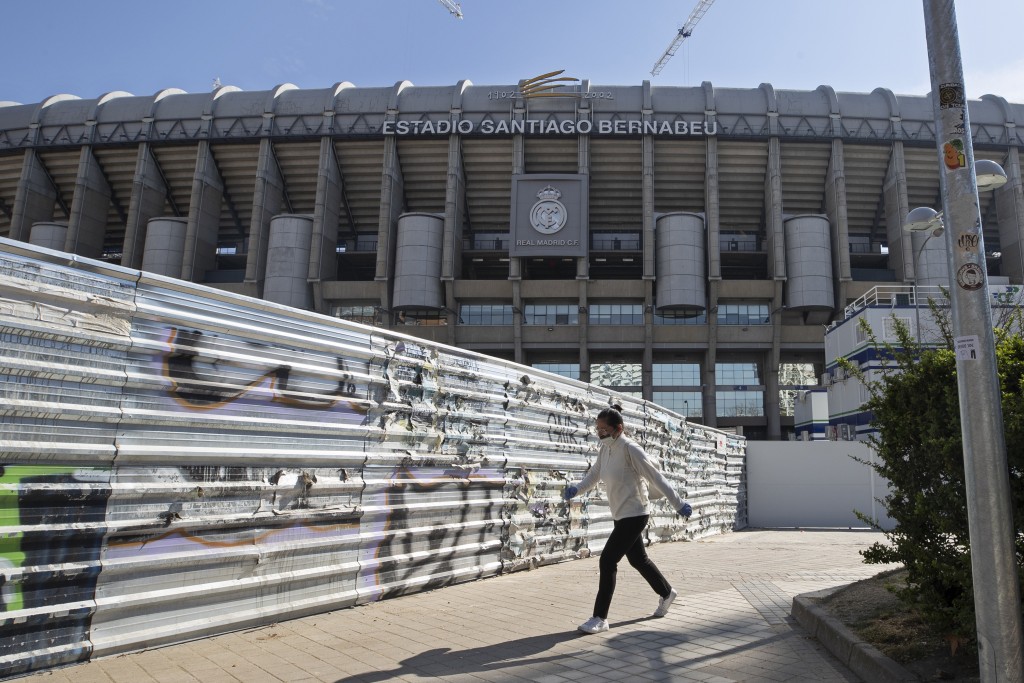 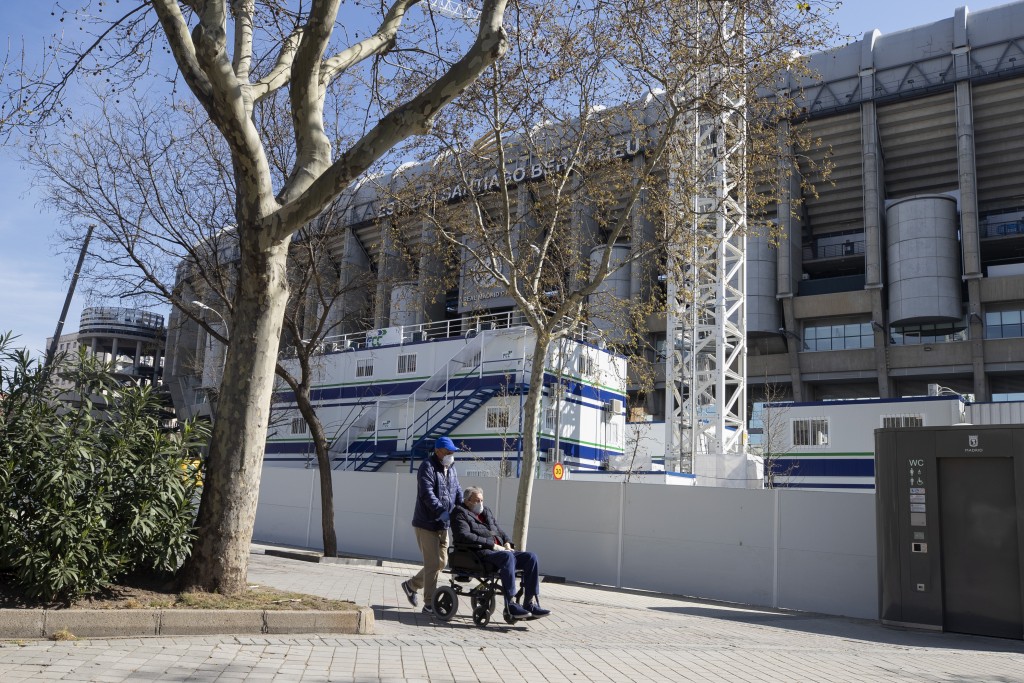 MADRID (AP) — Standing in his living room with family photos in the background, the fitness trainer for Spanish soccer club Leganés started the day's online session.

Using an elastic band, a couple of large water bottles as weight and a chair, Pol Lorente began demonstrating the exercises players had to do back home while in a lockdown caused by the coronavirus outbreak in Spain.

Monday's live session was transmitted online through the Twitch app, and the club opened the feed to anyone who wanted to participate.

“The idea was to work a bit with the players, and since the state of emergency was declared, the club thought it would be good to open the session for everyone else who wanted to follow it," said Lorente, using a Leganés training uniform and wearing glasses that perfectly fit the “harrypottercdleganes” username in which the online session was streamed.

Elsewhere, Real Madrid captain Sergio Ramos posted a video of himself training at his home gym with his three kids playing by his side, while Barcelona showed goalkeeper Marc-André ter Stegen jumping ropes and doing other exercises in the backyard.

Spain entered a lockdown on Saturday, with the government limiting people's movements across the nation to try to contain the rapid spread of the virus that has infected more than 169,000 people and caused 6,500 deaths worldwide.

The outbreak prompted the suspension of sporting events around the world, and forced athletes to find ways to stay fit. Quarantined countries like Spain were the most affected ones, and teams have taken steps to keep players active while stranded at home.

Barcelona, leading the Spanish league and still in the Champions League, said it prepared individualized training guidelines for its players and was monitoring them remotely.

“The coaches will be in constant contact with the players to supervise and monitor sessions,” the club said. “At the moment, these training programs are scheduled for the next seven days and will be renewed until a return to group training.”

Barcelona said players will have to continue to “follow the nutritional guidelines they have already maintained throughout the season,” and each player “has been following an individual plan."

“It is an exceptional moment and we have to follow all the recommendations from the health authorities and public authorities,” Lionel Messi said in a message posted on his Instagram account. "That is the only way that we can fight it effectively. It is time to be responsible and stay at home.

“Let's hope we can turn this situation around, the quicker the better."

The Spanish soccer federation had said before the lockdown that teams should stop any group activities. Some players and team members of first-division teams have been among those infected by the virus, including Valencia defender Ezequiel Garay.

For most people, the virus causes only mild or moderate symptoms, such as fever and cough. For some, especially older adults and people with existing health problems, it can cause more severe illness, including pneumonia. The vast majority of people recover.

In England, Premier League team Chelsea was among those in quarantine after winger Callum Hudson-Odoi tested positive last week. The club posted a video of its striker, Tammy Abraham, exercising on a stationary bicycle, apparently at home.

Not every Chelsea player got the memo, though. Mason Mount was pictured on Sunday in north London playing soccer with friends, including Declan Rice, a midfielder for West Ham — a Premier League team that isn’t in lockdown. Chelsea reprimanded Mount and also took the opportunity to remind the rest of the squad about its responsibilities.

Other clubs in England were training according to their normal schedule, while waiting for more announcements from the league and the British government. Manchester United put some restrictions at its training ground, though, particularly around first-team areas.

French cyclist Geraint Thomas, a two-time Olympic gold medalist, was participating in online races to try to stay fit, while Spanish karate athlete Sandra Sánchez, a gold-medal favorite at the Tokyo Games, was practicing on a tatami at home. Spanish gymnast Cintia Rodriguez was among those practicing in a living room while in a lockdown in Spain. In Canada, NBA player Serge Ibaka built his “own little gym” to stay in shape.

“Sending love and positivity to everyone staying at home during this health crisis,” the Toronto Raptors player wrote on Twitter. “I hope some of you feel inspired to exercise at home and to stay healthy and in shape!”

Athletes were also looking at things to do with extra time in hand.

Former Formula One driver Fernando Alonso was working on his painting skills.

“We have to spend this time on our hobbies," Alonso said, "and on getting our things up to date.”