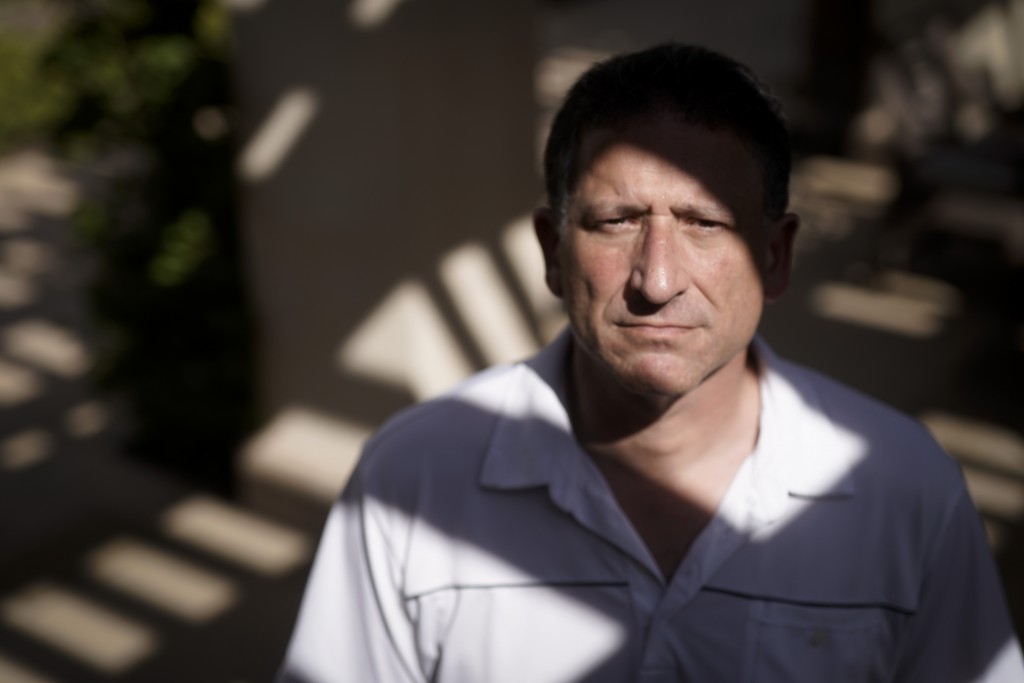 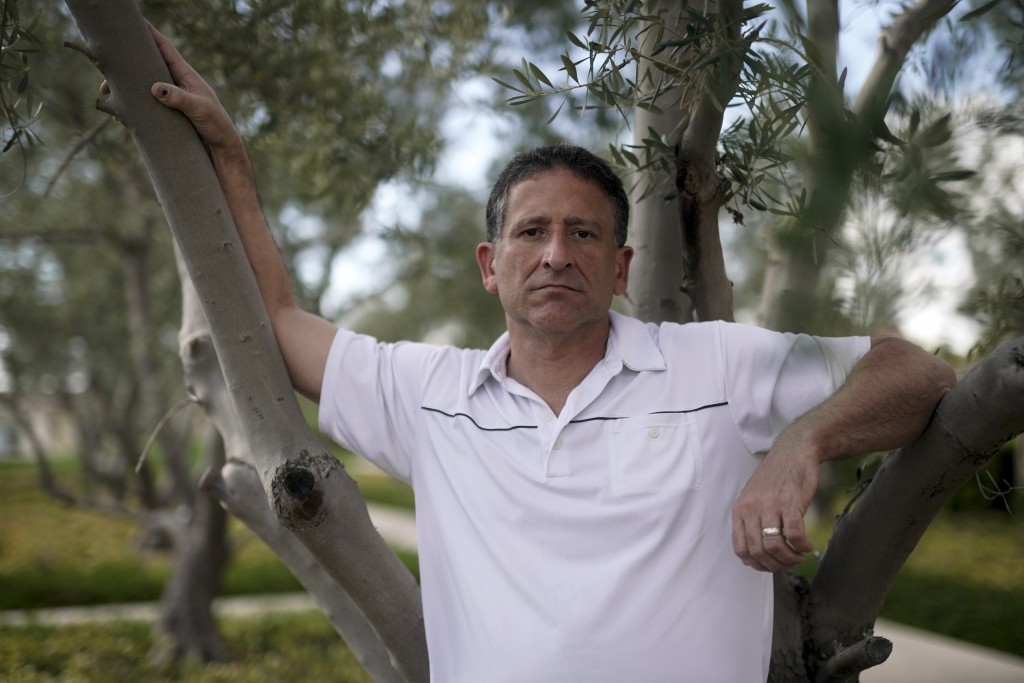 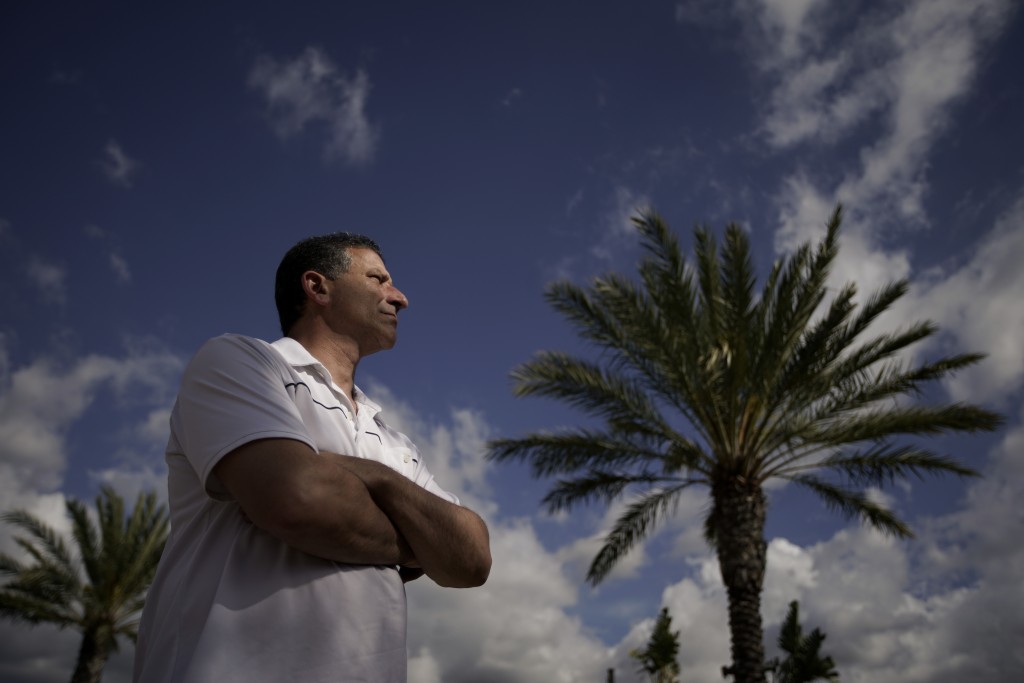 It meant that the men, unlike most criminal defendants, were never shown the evidence authorities used to begin investigating them or the information that the Justice Department presented to obtain the original warrant.

The case is among the prosecutions that relied on the same surveillance powers, known by the acronym FISA, that law enforcement officials acknowledge were misused in the Russia investigation. Those errors have prompted a reckoning inside the FBI and debate in Congress about new privacy safeguards.

The attention given to FISA has also cast a spotlight on cases such as the Michigan one, where surveillance tools used to investigate foreign intelligence threats end up leading to prosecutions for commonplace, domestic crimes.

The department says it can't turn a blind eye to crimes it uncovers when scrutinizing someone for national security purposes, even if those offenses weren't the initial basis of the investigation. In recent years, inquiries that began with FISA warrants have yielded charges including child pornography and wire fraud.

Current and former officials say just because a FISA warrant produces charges other than national security ones doesn't mean the target is no longer considered a national security threat. Sometimes, particularly when disrupting a terrorist plot, prosecutors may opt to charge other crimes they find evidence of for fear of tipping the target's conspirators to the investigation's actual purpose.

But critics say building routine cases on evidence derived from FISA warrants undermines constitutional protections against unreasonable searches. Though some judges have raised concerns, no court has prohibited the practice. The Supreme Court has never directly confronted the specific issue.

Patrick Toomey, director of the American Civil Liberties Union national security project, noted that the Fourth Amendment requires the government to describe the type of criminal evidence it's seeking before conducting a search. Defense lawyers and civil libertarians say if the original surveillance application is riddled with errors, any resulting prosecution is tainted.

“Our view is that the types of broad searches for foreign intelligence information flips the Fourth Amendment on its head when the government repurposes those searches for domestic criminal prosecutions," Toomey said .

That's what happened with Daher and Rammal. They were charged in August 2018 with defrauding the food stamp program in a scheme that investigators say was based at a Detroit service station.

The next month, prosecutors told them that the government intended to use information collected under a warrant approved by the Foreign Intelligence Surveillance Court, which authorizes law enforcement to eavesdrop on people it has probable cause to believe are agents of a foreign power.

That meant that while Daher and Rammal could see government evidence about the fraud allegations, they were denied details about the reasons for the national security surveillance.

Though the Justice Department has refused to disclose the application it submitted to the court, its filings make clear the case was part of a broader terrorism-related inquiry. Prosecutors produced a statement from Attorney General William Barr saying the FISA materials held classified information about counterterrorism investigations and that disclosing them would harm national security.

Rammal, who was raised in Lebanon, has since pleaded guilty to fraud. Daher has fought unsuccessfully to see the FISA information and is awaiting trial. His lawyers contend Daher, a Muslim, was targeted in a post-Sept. 11 “mob mentality" Neither men faced terrorist-related charges.

"Sami is a nerd with a big ego and imagination, but, he is not a terrorist or a National Security threat," Nasser's lawyers wrote.

The Justice Department says the 1978 Foreign Intelligence Surveillance Act explicitly permits law enforcement to use evidence from FISA warrants for domestic criminal prosecutions and that it makes obvious sense to do so.

“Congress intended that you not ignore evidence of another crime while you’re doing foreign intelligence surveillance, and FISA itself reflects this," Assistant Attorney General John Demers, the department's top national security official, said in a statement. “It’s nonsensical to ignore evidence of a crime that we’ve lawfully gathered.”

Critics have long complained about the one-sided nature of the process. Targets of the surveillance, for instance, are consistently denied copies of FISA applications, making it hard for them to know the accuracy of the information given to the court, to learn why precisely prosecutors considered them a national security concern and to contest the legitimacy of the search.

In the Russia case, details of the FISA warrant used on ex-Trump campaign adviser Carter Page became known only because of the highly partisan congressional fight over special counsel Robert Mueller's investigation. Later, the Justice Department inspector general found that the FBI omitted from its applications key information that should have been presented to the court.

The FBI has since announced steps aimed at ensuring that its wiretap applications are more accurate. The House passed legislation Wednesday containing new privacy protections. The Senate left for the week without approving it, allowing certain FISA provision s to temporarily expire.

Most FISA warrants don't result in criminal prosecution. Page, for instance, has denied wrongdoing and was never charged. Those that do generally involve national security crimes, such as the recent espionage case against a military contractor accused of disclosing classified information.

But other recent FISA warrants have been incorporated into prosecutions with no national security charges.

In California, Abdallah Osseily, a naturalized citizen from Lebanon, was charged by national security prosecutors in 2018 with lying in bank documents and on his naturalization petition.

Prosecutors disclosed surveillance recordings that defense lawyers say did not come from conventional criminal wiretaps, though the government has refused to confirm or deny if it obtained a FISA warrant. The Justice Department says none of the evidence it's using at trial derived from FISA. Defense lawyers have nonetheless fought to see the original application.

“He's not given the opportunity to clear his name or to otherwise challenge the government's accusations that he represents a national security threat,"' said his lawyer, Bilal Essayli.

Last August, prosecutors notified a think tank fellow and ex-State Department employee they had just arrested that they intended to use evidence from a FISA warrant in his mortgage fraud case.

The man, David Tawei An, was investigated for his ties to Taiwanese officials when FBI agents encountered what they said was evidence he had submitted a false loan application. An ultimately pleaded guilty last month fraud.

One prominent case concerns a former Boeing engineer, Keith Gartenlaub, who was targeted with a FISA warrant because agents suspected him of having supplied the designs of a C-17 transport plane to China. Agents using that warrant to search his computer files said they found images of child pornography. Prosecutors charged him with that but never publicly accused him of spying for China, something he adamantly denies.

He was convicted on the child pornography counts and recently released after nearly two years in custody, though he says the images weren't his and were on an old computer multiple people who came in and out of his California beach house had access to.

“FISA has become a way to circumvent due process in the legal system," Gartenlaub said. “Anybody in my situation cannot defend themselves because you can't see anything."

A San Francisco-based federal appeals court upheld his conviction. But it also said a prosecution for “completely unrelated crimes discovered as a result of rummaging" through a computer “comes perilously close to the exact abuses against which the Fourth Amendment was designed to protect."

The ACLU sees an opening to narrow the government's powers, saying courts are only now starting to grapple with the fairness of national security searches being used in ordinary prosecutions.