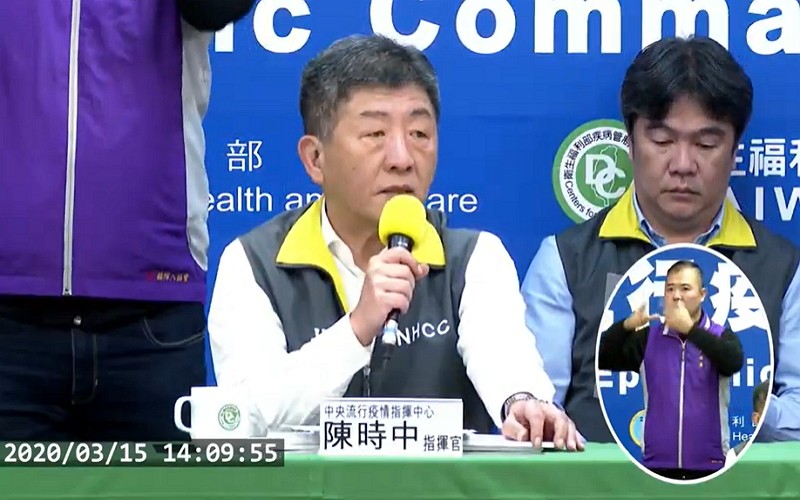 TAIPEI (Taiwan News) — Taiwan reported six more imported coronavirus (COVID-19) cases on Sunday (March 15), the highest in a single day for the country, bringing the total to 59, according to the Central Epidemic Command Center (CECC).

All six of the new cases live in northern Taiwan and traveled abroad recently. Case 54, a man in his 30s, traveled to Thailand between Feb. 28 and March 1 before visiting the Japanese island of Hokkaido with a friend from March 5-8. After returning to Taiwan, he started developing symptoms on March 11, including a running nose, fatigue, and a headache, wrote CNA.

Case 55, a man in his 50s, joined a tour group in Egypt on March 3. He started showing symptoms of fatigue, muscle pain, and fever upon returning on March 12 and has been admitted to a hospital for treatment.

Case 56 and 57 are a man in his 40s and a woman in her 70s. The two visited Turkey on March 4 as part of a tour group and transited in Dubai before heading home on March 13. The man fell ill with a sore throat, diarrhea, and fever, while the woman exhibited a fever.

Case 58, a woman in her 20s, traveled to Spain in January for study and was found to have a higher-than-normal body temperature upon her arrival in Taiwan on March 13.

Case 59, a teenage boy, traveled to Greece with his family in January and returned to the island on March 5. He developed a sore throat, runny nose, and headache on March 12.

At least 107 people who have come into contact with these six confirmed cases are being monitored for their health, according to the CECC. The senior high school that Case 59 attends has suspended the student’s class for 14 days in accordance with emergency protocols, and the campus is to undergo thorough disinfection, reported Heho.