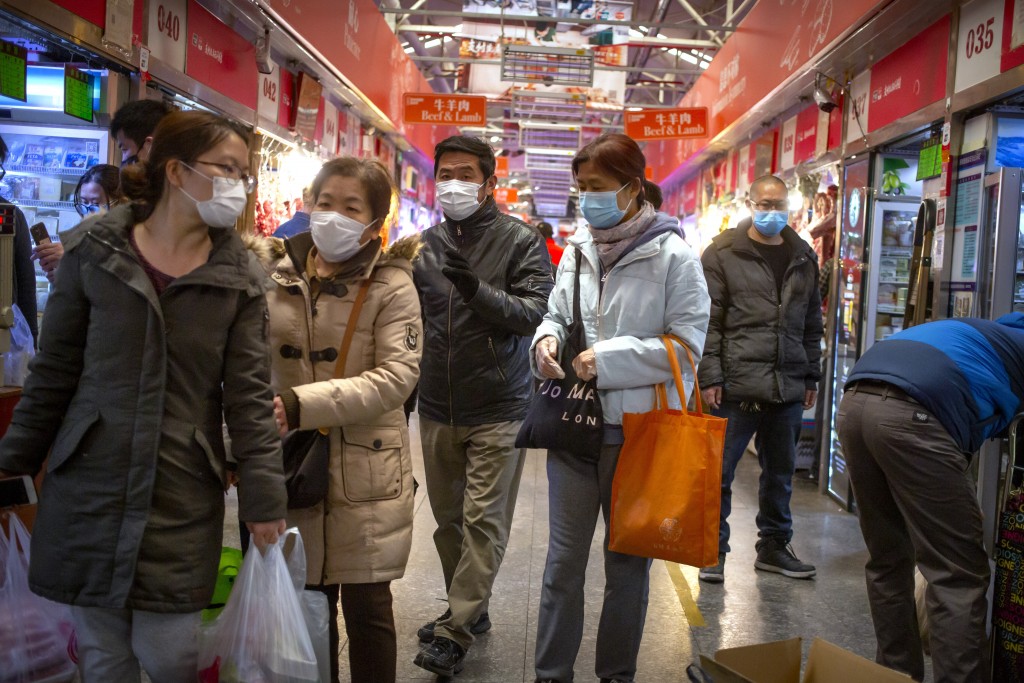 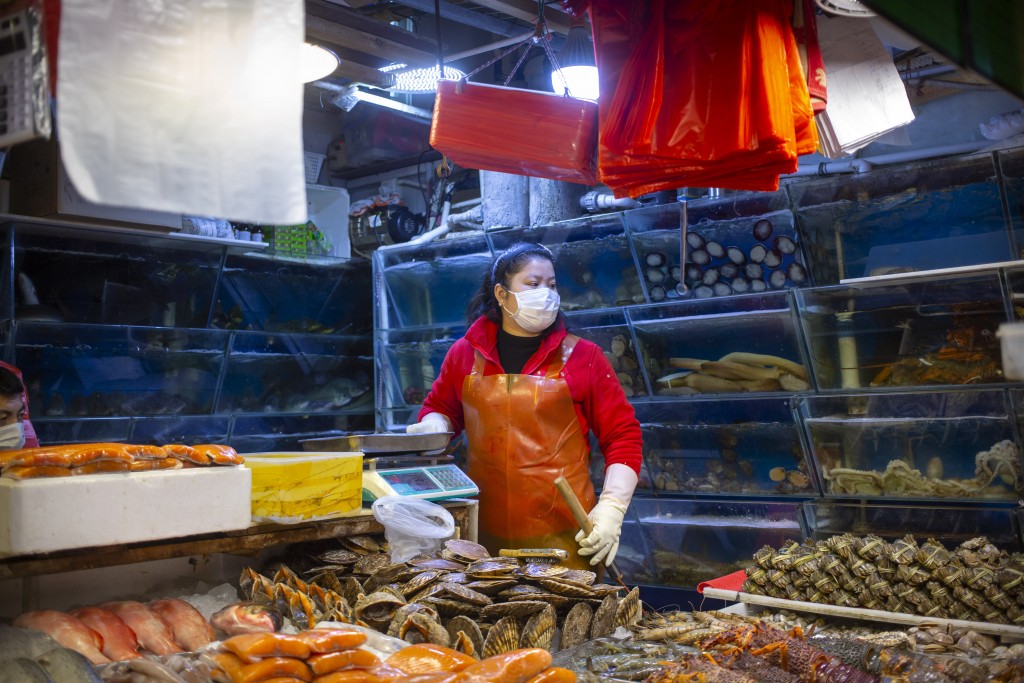 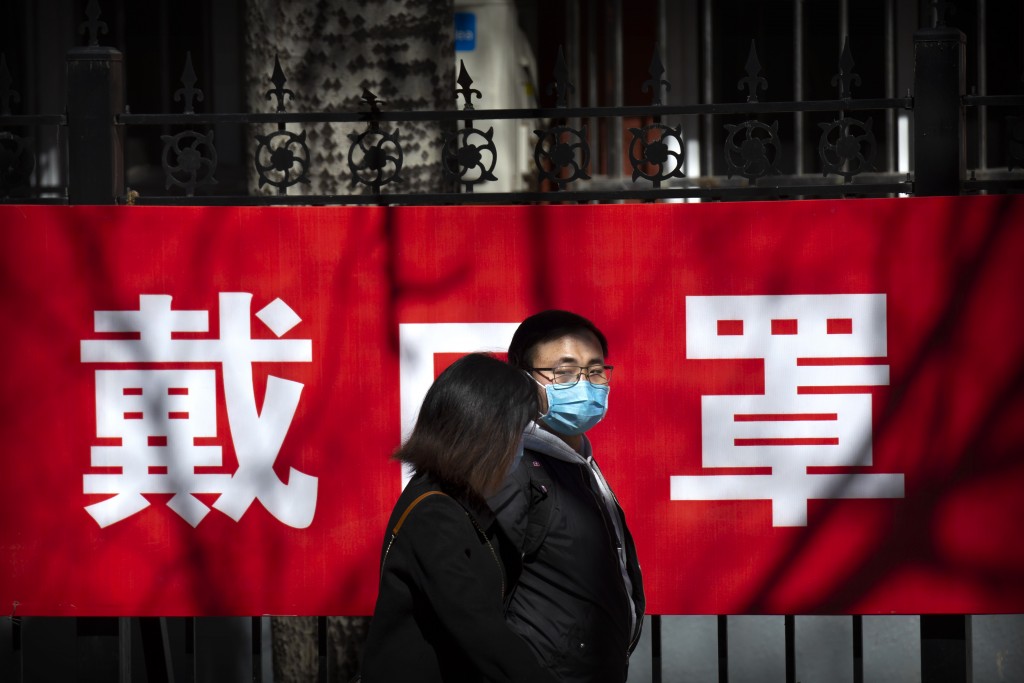 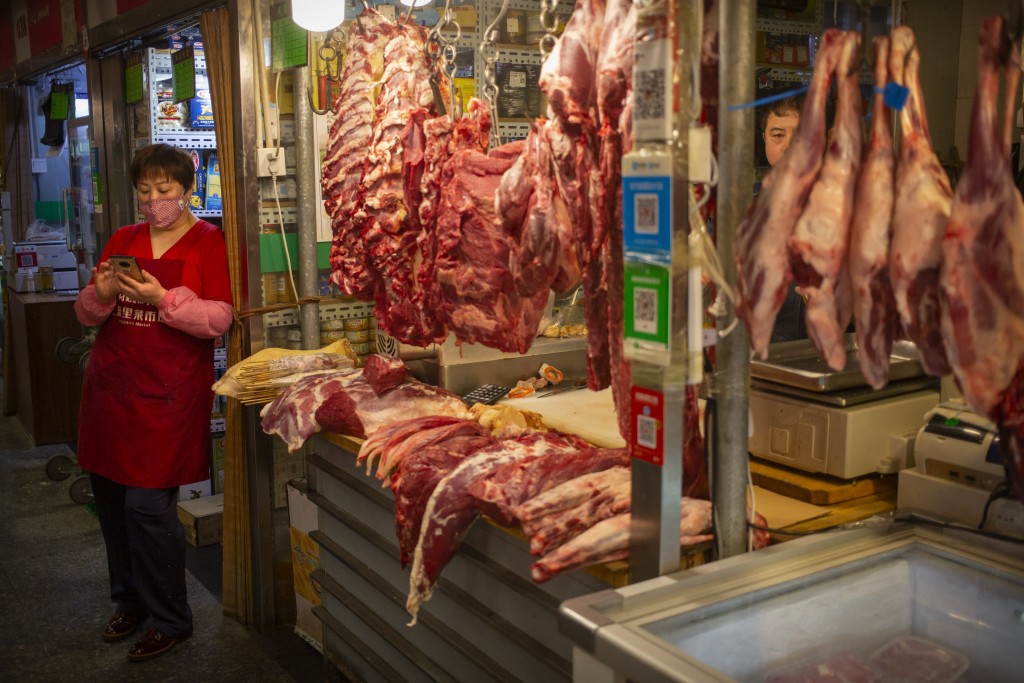 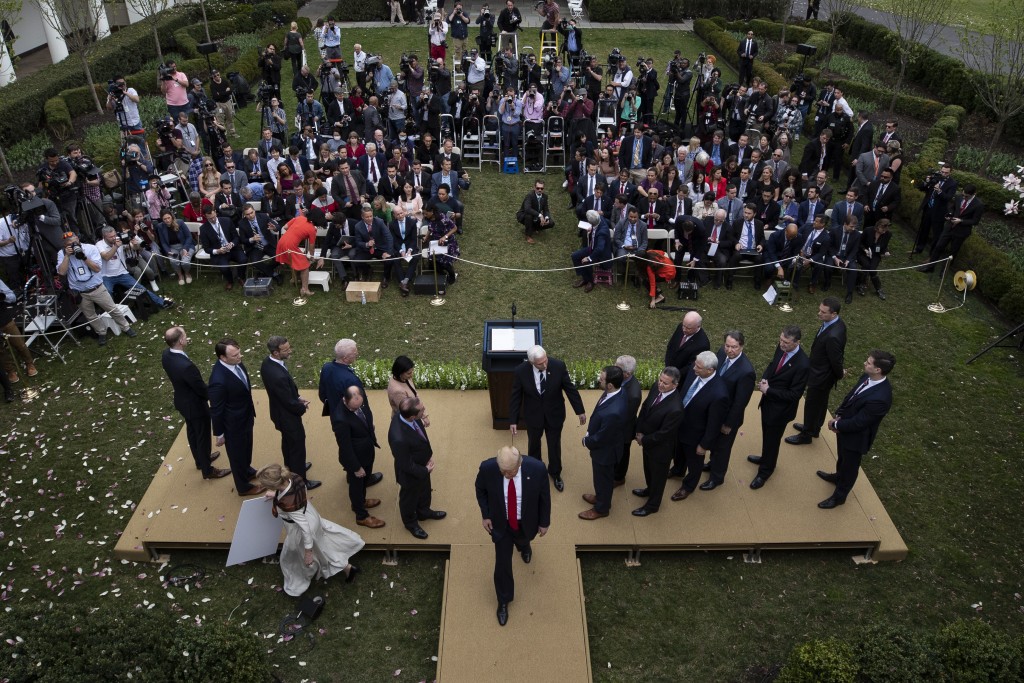 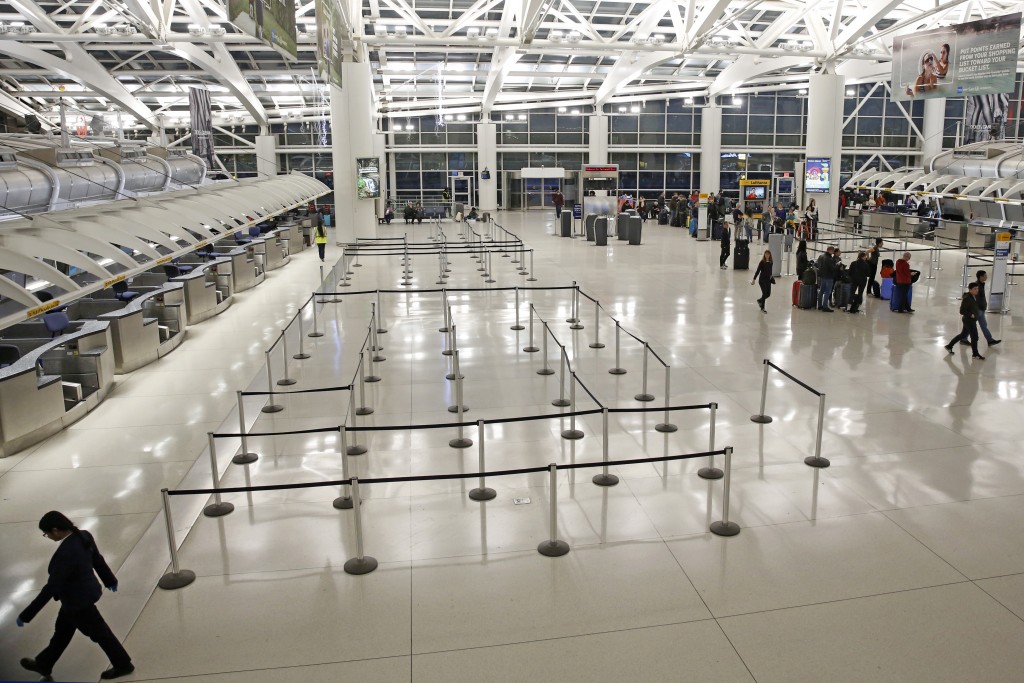 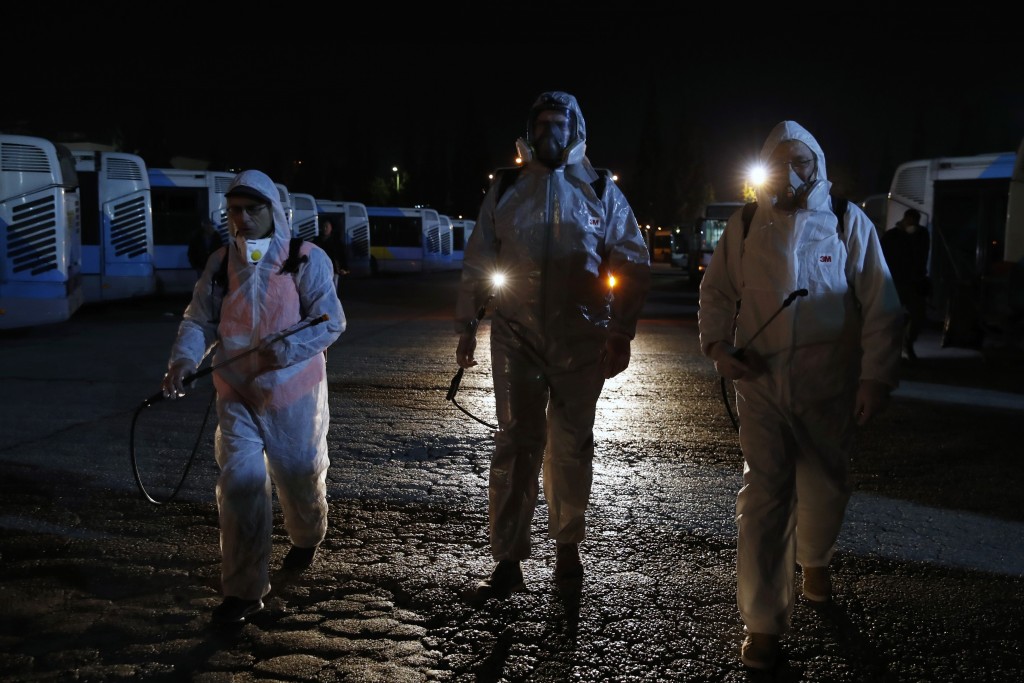 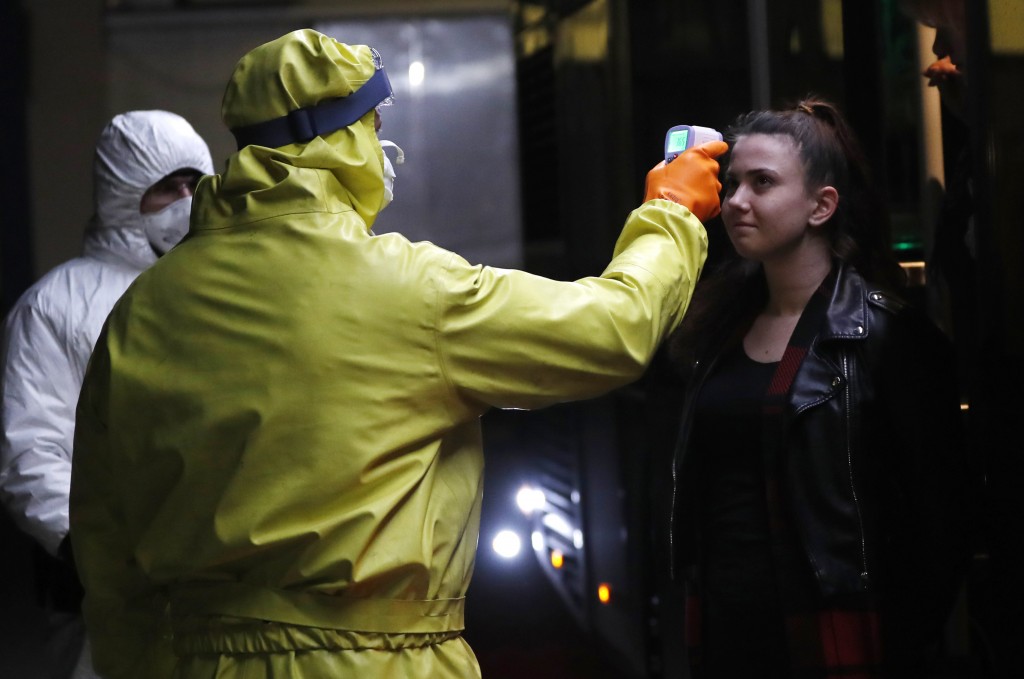 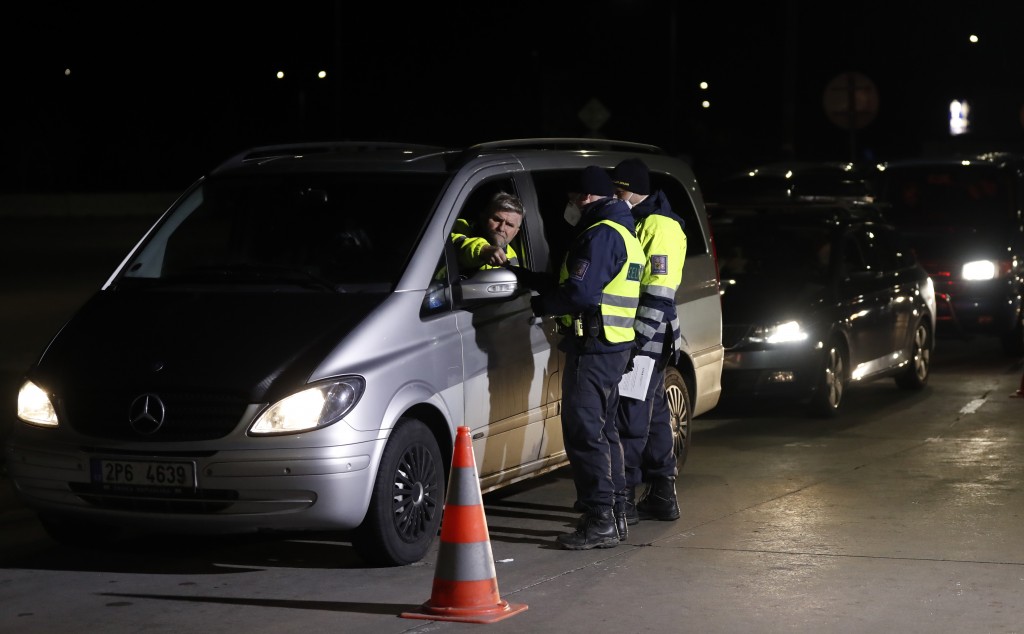 BEIJING (AP) — As the rest of the world mobilized to fight the widening coronavirus pandemic on Saturday, China continued to ease up lockdown measures in its hardest-hit region, where the number of new cases has dwindled.

The virus that first emerged in central China late last year has in recent weeks spread exponentially in the Middle East, Europe and North America, leading President Donald Trump to declare a state of emergency for the United States on Friday.

With hopes of quick containment dashed, dozens of countries have imposed increasingly severe measures over the past couple days — shutting borders, closing school for tens of millions of children and ordering tens of thousands of businesses to close their doors — to try to face down the disease.

New Zealand on Saturday announced all incoming passengers, including New Zealand citizens, will be required to isolate themselves for 14 days, with few exceptions.

The steps being implemented globally increasingly mirror those taken by China, which in January made the unprecedented decision to halt outbound transportation from cities with a combined population of more than 60 million people, starting with the epicenter of Wuhan in the central province of Hubei.

The spread of COVID-19 in the country has slowed dramatically, according to China's National Health Commission. Whereas the commission reported thousands of new cases daily only one month prior, it said Saturday that there were 13 new deaths and just 11 new cases, including people who recently arrived in China from other affected countries like Italy. More than 65,000 people have recovered from the disease in China.

While the new coronavirus can be deadly, particularly for the elderly and people with other health problems, for most people it causes only mild or moderate symptoms, such as fever and cough. Some feel no symptoms at all and the vast majority of people recover.

The government of Hubei lowered its health risk assessments for all counties in the province outside of Wuhan, which is the only city that remains “high-risk.” Several Hubei municipalities are gradually resuming public transportation services and re-opening businesses.

Waning outbreaks in Asia stand in contrast with an escalating number of infections elsewhere.

In the U.S., which reported its 50th death from the outbreak Friday, Trump said the new emergency decree will open up $50 billion for state and local governments to respond to the outbreak. Trump said the decree also gave the secretary of health and human services emergency powers to waive federal regulations to give doctors and hospitals “flexibility” in treating patients.

Drug company executives vowed to work together and with the government to quickly expand the country's coronavirus testing capabilities, which are far behind those in many countries.

"We will defeat this threat,” Trump told a news conference. “When America is tested, America rises to the occasion.”

Cases topped 1,700 across the U.S., where thousands of schools have been closed, concerts and sporting events canceled and even Broadway theaters shut down. Trump has halted his trademark political rallies, following the lead of Democratic rivals Joe Biden and Bernie Sanders.

New Zealand's new measures, which Prime Minister Jacinda Ardern called some of the toughest border restrictions in the world, go into effect on Monday. The only countries exempt from the restrictions are a handful of Pacific islands which haven’t yet had any cases of COVID-19.

New Zealand has had only six confirmed cases of the illness. All of those have been connected with international travelers and there have been no signs yet of any local outbreaks.

The head of the World Health Organization said Europe was now the “epicenter of the pandemic.”

Reflecting that reality, the government of the Czech Republic made a middle of the night announcement ordering retail businesses including shopping malls to close as of Saturday morning.

The exceptions include those providing essential services such as supermarkets, gas stations and pharmacies.

New infections in Italy soared Friday by more than 2,500 and virus-related deaths made their biggest single-day jump there, increasing by 250. In the three weeks since the country identified its first virus cluster, Italy has reached a total of 17,600 confirmed cases, with 1,266 deaths. The government has ordered an unprecedented lockdown, ordering businesses to close and restricting movement.

New infections also rose sharply in Spain, and the government put 60,000 people in four towns on a mandatory lockdown Friday that echoed Italy's. In Madrid, which is struggling with nearly 2,000 infections, many in nursing homes, the government was pooling intensive care units and considering offers by hotel chains to transform rooms into sick wards.

In just 24 hours, the numbers of confirmed cases spiked ominously in some places: France saw an additional 800 cases to reach more than 3,600 by Friday; Britain went from 590 to 798 and New York state jumped 30 percent, hitting 421. In Africa, where experts warn that containment is key because of the continent's already-strained health care systems, six new countries confirmed infections.

In South America, Colombia’s president has ordered his nation’s border with Venezuela closed as a containment measure. Iván Duque announced late Friday that all official border crossings with the neighboring Andean nation will be shuttered beginning at 5 a.m. Saturday.

The two nations share a porous 1,370-mile (2,200-kilometer) border that is crossed by thousands of Venezuelans each day searching for food and medicine. Many also cross to permanently leave their nation’s economic crisis.

The spreading pandemic showed that power and influence offer no protection. Among those testing positive were the Canadian prime minister's wife, a top aide to Iran's supreme leader, Miami's mayor, a Brazilian official who met with Trump, and an Australian Cabinet minister who met with the U.S. attorney general and Trump's daughter, Ivanka.

Pressed by reporters, Trump, who also met with the Brazilian official, said he will “most likely" be tested for the virus “fairly soon," reversing an earlier White House statement.