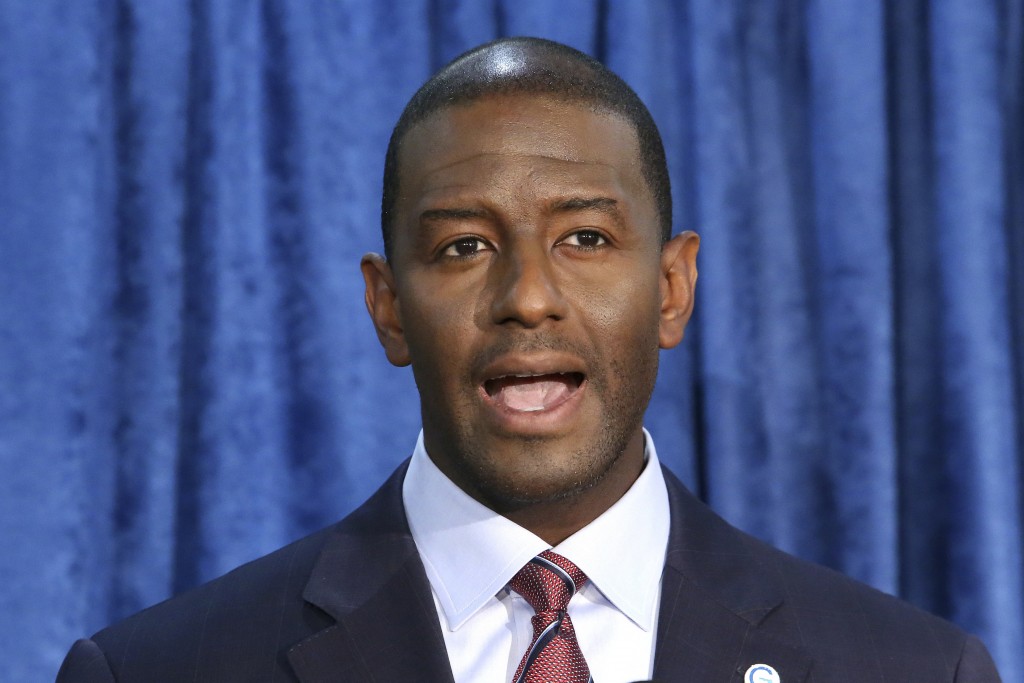 Gillum, the former Tallahassee mayor who ran for governor in 2018, is not charged with any crime. The Miami Beach police report says Gillum was allowed to leave the hotel for home after he was checked out medically.

Gillum, 40, said in a statement that he was in Miami Beach for a wedding and did not use illegal drugs.

“While I had too much to drink, I want to be clear that I have never used methamphetamines,” Gillum said. “I apologize to the people of Florida for the distraction this has caused for our movement.”

According to police, fire rescue crews were called to the Miami Beach hotel around 1 a.m. Friday regarding a suspected drug overdose. Police say Gillum and two other men were in the hotel room.

“Mr. Gillum was unable to communicate due to his inebriated state,” the police report says.

Police say one of the men came into the hotel room and found Gillum and Travis Dyson, 30, apparently under the influence of an “unknown substance.” Officials began chest compressions on Dyson and he was taken to a local hospital, where authorities say he is in stable condition.

Gillum, meanwhile, had stable medical signs when authorities returned for a welfare check and was allowed to leave the hotel for home, the police report says.

Gillum was the first black nominee in a major political party to run for governor in Florida. He lost narrowly to Republican Ron DeSantis in the 2018 election.

Since then, Gillum has mounted an effort to register Democratic voters in Florida and frequently appears on cable news channels as a political commentator.

In 2019, the Florida Commission on Ethics found probable cause that Gillum violated state ethics laws when he accepted gifts during out-of-town excursions with lobbyists and vendors and failed to report them. This included tickets to a performance of the musical “Hamilton.” A settlement of $5,000 was agreed to in that case.