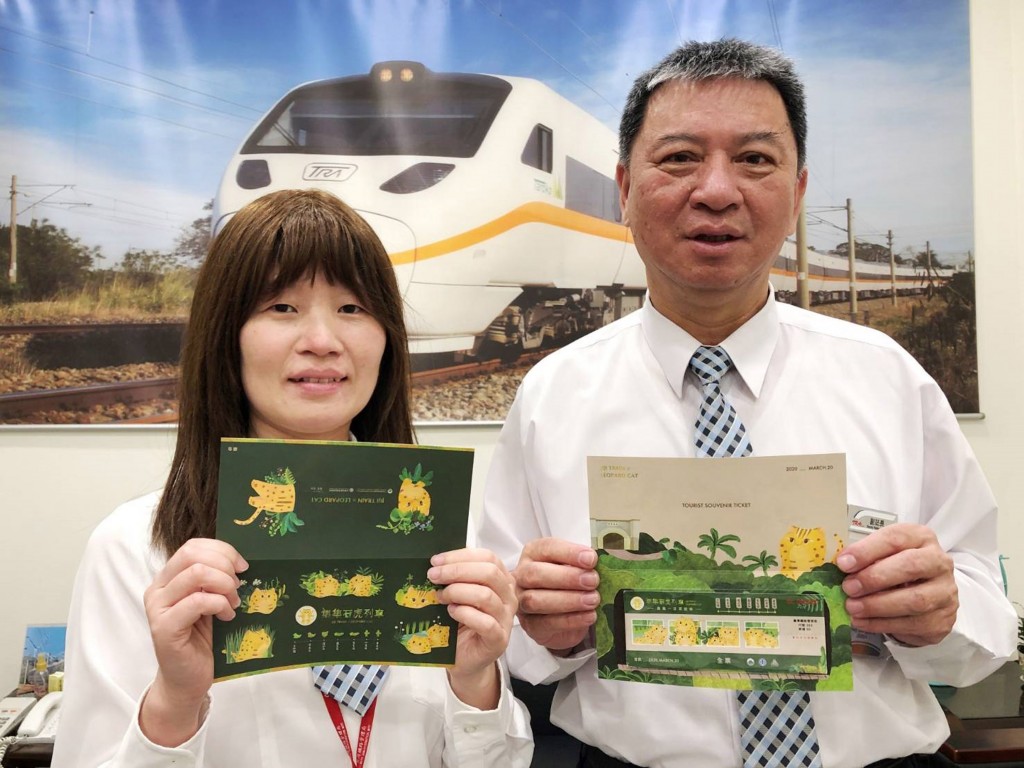 The popular district train liveried in the theme of Taiwan's only surviving wild cat -- the leopard cat -- will make a revised appearance, with the updated edition of the train set to make its maiden run on March 20, the Taiwan Railways Administration (TRA) said Friday.

The 2.0 edition of the leopard cat-themed train, running on the Jiji Line between Changhua and Nantou counties, will begin services at the Ershui Station in Changhua that day, the agency said in a statement.

To celebrate the inauguration, the TRA has produced a new edition of commemorative tickets that will be sold in a limited volume of 1,000 tickets at NT$150 (US$4.98) each, according to the TRA.

With the limited tickets, passengers will be allowed to stop at all the stations between Ershui and Checheng on the scenic Jiji Line in one day, the agency said, noting that sales will begin at 8 a.m. on the day of the first run.

The revised leopard cat theme was produced as a result of collaboration between the TRA and the Endemic Species Research Institute (ESRI), which works to protect the country's leopard cat population.

The institute told the press Friday that the new image of the leopard cat to be painted on the four-carriage train is definitely original -- a referral to an incident last year, when the leopard cat theme was first launched on the district railway line for tourism promotion.

At that time, the Taiwanese designer contracted to provide illustrations of leopard cats for the train was found to have passed off work of a Russian illustrator as her own.

The incident ended with the designer's confession and the donation of three new leopard cat illustrations by the Russian artist, Katya Molodtsova, for Taiwan to use.

Leopard cats are considered a species of "least concern" by the International Union for the Conservation of Nature and Natural Resources.

The animal, which was once seen across Taiwan in the 1930s and 1940s, now only lives in low elevation mountains between Miaoli and Chiayi, according to the ESRI. (By Yu Hsiao-han and Elizabeth Hsu)