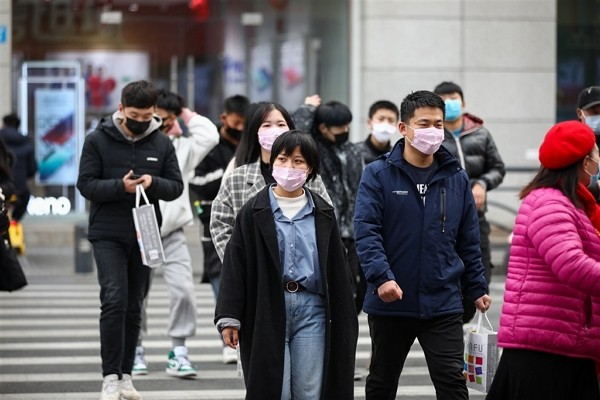 It attributed the island nation's success to its "transparency" and "quick response" despite being barred from the World Health Organization (WHO). In Thursday's (March 12) article titled "Taiwan, a model in the fight against coronavirus," RFI said Taiwan is beating the odds despite its close proximity and ties with China.

It noted that Taiwan has only recorded 49 infections so far. This, it said, highlights the good management of the crisis by the Taiwan government.

The report referred to Taiwan as at the "forefront" of the COVID-19 pandemic and said the cautious approach adopted by the country's government is likely a result of the trauma caused by the 2003 SARS epidemic. The report added that Taiwan's mask rationing system and its ban on mask exports have contributed greatly to its containment of the virus.

Regarding Taiwan's exclusion from WHO, RFI believes the country's isolation has reinforced Taiwanese trust in their government. It added the exclusion also created the impression that Taiwan can rely on its own resources to fend off the virus.

RFI emphasized that transparency and a quick response are the two determining factors of the Taiwan government to limit the contamination and that its "hyper-performing health system" has demonstrated extraordinary value. The report added the "civic spirit" of Taiwanese has created a feeling of "general mobilization" and that citizens have shown remarkable togetherness in the face of the crisis.

Even though Taiwan has been relatively successful in its epidemic prevention, the Taiwan authorities have not relaxed on protecting the country's population. During a press conference last week, Health Minister Chen Shih-chung (陳時中) said that he would not be naive enough to believe Taiwan can outrun cluster transmissions and the government will continue to handle the situation with great alertness, reported Liberty Times. RFI labels Taiwan as a "model" in the battle against coronavirus. (RFI screenshot)