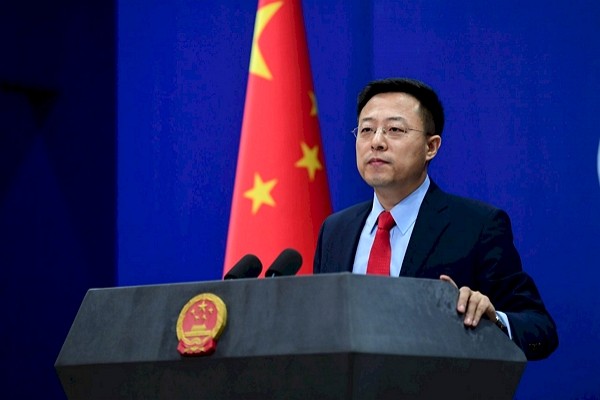 TAIPEI (Taiwan News) — Contrary to established facts, the Chinese government is claiming the U.S. is the originator of the global Wuhan coronavirus outbreak.

Ministry of Foreign Affairs of the People's Republic of China Spokesman Zhao Lijian (趙立堅) on Thursday (March 12) implied the virus "may" have been brought to China by the U.S. military. In his Twitter post, Zhao shared a video of Robert Redfield, director of the U.S. Centers for Disease Control and Prevention, who admitted that some Americans who were thought to have died from influenza may have actually died from COVID-19.

Despite the lack of evidence, Zhao said the U.S. had been "caught red-handed" for spreading the virus and owes China an explanation. Zhao proceeded to accuse the U.S. of attempting to hide information about its "patient zero" and said the American authorities should be transparent and share their data with the rest of the world.

This is not the first time that China has tried to shift the blame for the pandemic. Since the first confirmed case was reported in Wuhan late last year, the Chinese government has on many occasions objected to the term "Wuhan coronavirus," saying the name will stigmatize the country, reported Radio Taiwan International.