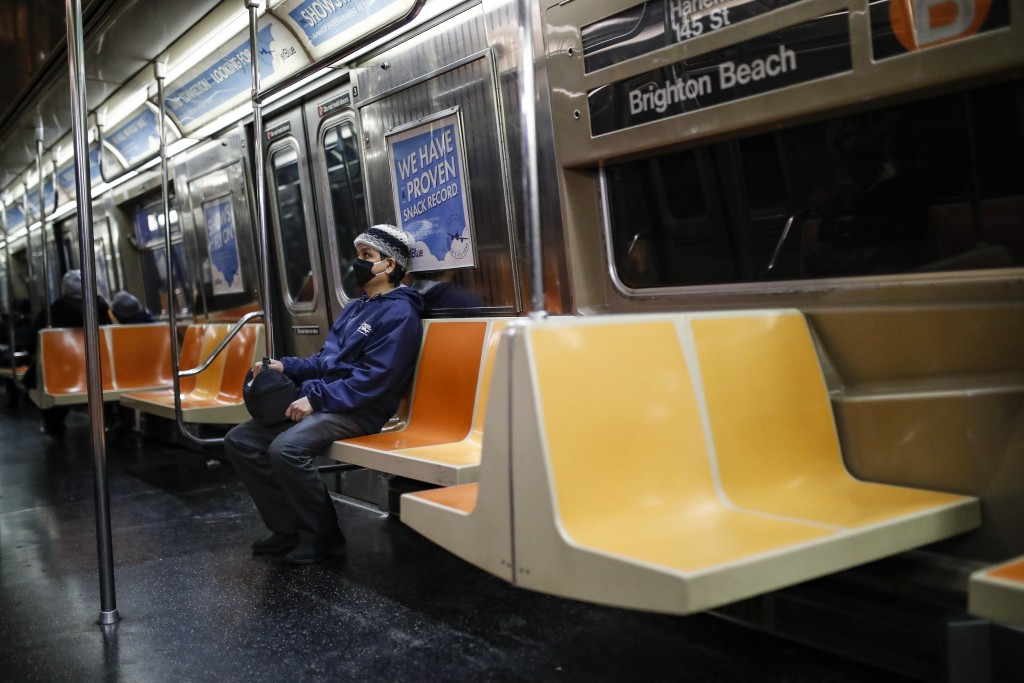 NEW YORK CITY (AP) — New York City officials moved swiftly Thursday to address a false text message spreading on social media claiming that the police department was planning to put containment actions in place this weekend to address the spread of the coronavirus, including a shutdown of Metro-North rail lines and limited subway service.

New York City Mayor Bill de Blasio called the claims “wrong” and “off base” during an afternoon news conference discussing the decision to declare a state of emergency in the city. He speculated the information leaked from scenario planning and said it was not from plans being put in place.

De Blasio said a total shutdown would be unrealistic for a variety of reasons, including that it would make it impossible for people like health care workers to get around.

Later he tweeted, “NO, there is NO TRUTH to rumors about Manhattan being quarantined. Whoever is spreading this misinformation, PLEASE STOP NOW!"

The message, which quickly went viral, claimed to have information from a friend of a friend who works on the emergency management team at the New York City Police Department. According to the message, the department was planning containment actions. “It will look like the metro north shutting down, limited subway service, and only emergency vehicles on the road.” It went on to recommend stocking up on food, water and cash because groceries and ATM machines would have limited ability to be refilled.

The New York Police Department responded to the message tweeting from NYPD News: “THERE IS A LOT OF MISINFORMATION ON SOCIAL MEDIA: ONE TWEET IN PARTICULAR IS FALSE. CONTRARY TO WHAT IT SAYS THERE ARE NOT PLANS BY THE NYPD TO SHUT DOWN ROADS OR SUBWAYS.”

Metropolitan Transportation Authority spokesman Aaron Donovan confirmed to The Associated Press that there were no plans to suspend railroad service.

De Blasio declared a state of emergency Thursday in the city, saying he anticipated that the city could see as many as 1,000 cases next week. He said that the emergency order allows for the city to take certain actions, but that none of them had been activated, including closing down public transportation.

The state of New York has reported more than 320 cases of the virus, 95 of them in New York City. The World Health Organization declared the virus a pandemic on Wednesday in the hopes of encouraging countries to take urgent and aggressive action.

Most people infected by the new virus have only mild or moderate symptoms, such as fever and cough, though symptoms can be severe, including pneumonia, especially in older adults and people with existing health problems. Recovery for mild cases takes about two weeks, while more severe illness may take three to six weeks, according to the World Health Organization.