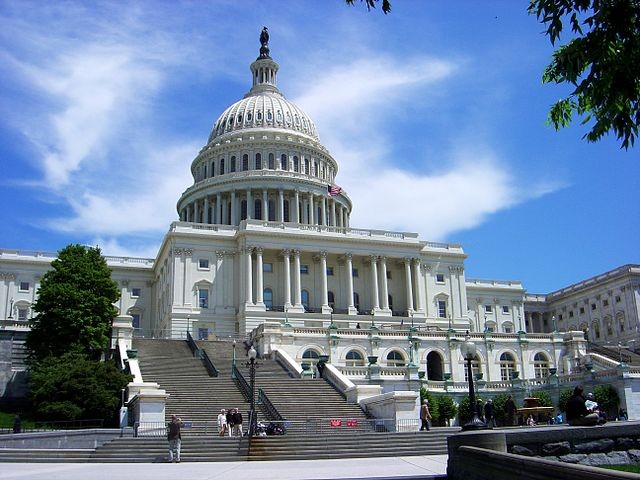 One week after the House of Representatives passed the Senate version of the Taiwan Allies International Protection and Enhancement Initiative Act with 415 votes to zero, the bill, first introduced by Senator Cory Gardner, was adopted by the Senate with slight alterations on Wednesday evening.

The act, after differences are resolved in the Congress, is likely to be signed into law by Trump within 10 days. If Trump does not veto the legislation, it will come into effect 10 days later even without the president’s signature.

The TAIPEI Act aims to support Taiwan’s diplomatic alliances around the world and expand the island country’s international participation. The legislation states that the U.S. government should “support Taiwan in strengthening its official diplomatic relationships as well as other partnerships with countries in the Indo-Pacific region and around the world.”

The act renders the secretary of state the powers to propose alterations to the U.S.’s economic, security, and diplomatic engagement with “nations that take serious or significant actions to undermine the security or prosperity of Taiwan,” after consulting with appropriate congressional committees. The legislation also stipulates the U.S. government should advocate Taiwan’s membership or observer status in all international organizations in which statehood may not be a requirement.

The Senate decided to replace an article that encourages the signing of a free trade agreement between Taiwan and the U.S. with one that describes the Taiwan-U.S. trade prospect in less specific terms. “The United States Trade Representative should consult with Congress on opportunities for further strengthening bilateral trade and economic relations between the United States and Taiwan,” the amendment expressed.

Presidential Office Spokesperson Xavier Chang (張惇涵) expressed gratitude to the U.S. for its bipartisan support for Taiwan’s international space on Thursday afternoon (Mar. 12). Taiwan will continue working to enhance collaborations with the U.S. Congress and administration, as well as with countries sharing similar values, in order to contribute to the peace and stability of the Indo-Pacific region, the spokesperson said via a statement.

After the bill passed the House on March. 3, House Speaker Nancy Pelosi said via Twitter that the act “celebrates and supports Taiwan’s commitment to democracy” and signifies the Congress’ “message to the world that America stands with Taiwan.”

Hours after the passage of the act in the U.S. House, President Tsai Ing-wen (蔡英文), while meeting with American officials in Taipei, expressed appreciation for the U.S. Congress’ concrete support for Taiwan, as the country continues its efforts to secure its diplomatic relations, participate in international organizations, and enhance Taiwan-US trade relations.