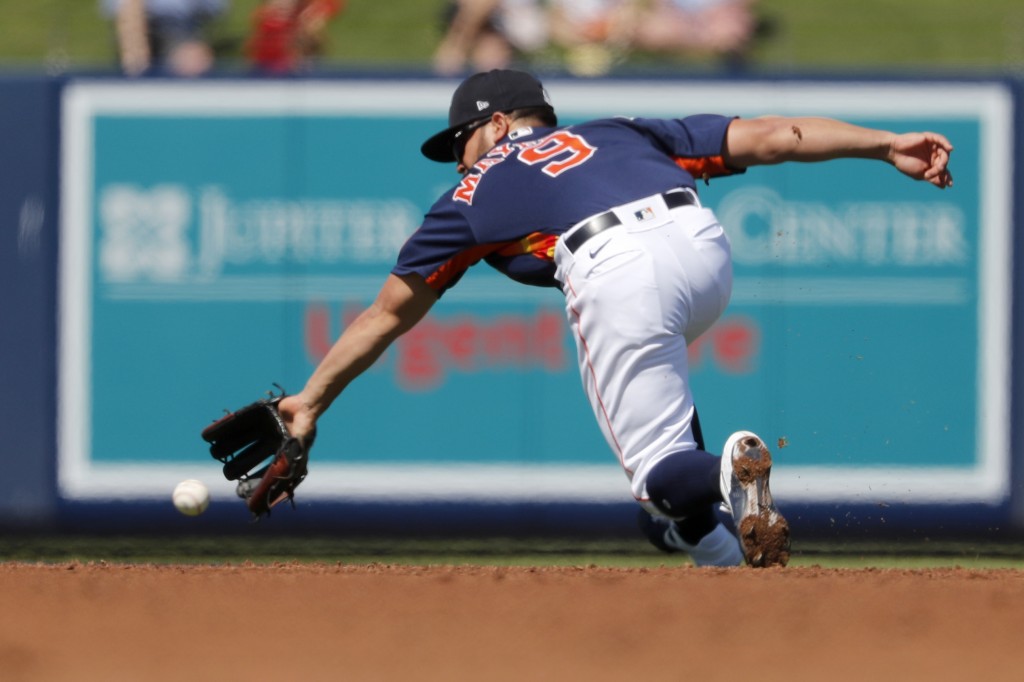 PORT ST. LUCIE, Fla. (AP) — Sidelined by an oblique strain, New York Mets outfielder Michael Conforto would not speculate whether he could return for the March 26 opener against Washington.

“I feel very good right now. It’s different for everybody — the timeline can be short or long,” Conforto said Wednesday.

Conforto was injured Saturday against the Nationals and returned to New York on Monday night and was diagnosed with the strain on Tuesday.

“I feel good, definitely feel better than a couple of days ago,” said Conforto. “My symptoms weren’t all that crazy. After a couple of days of treatment, I felt quite a bit better, and so right now I feel pretty good.”

The 27-year-old outfielder got hurt when he lost a fly ball to right in the sun and felt a tug in his right side after a late sudden move to catch the ball. His right side tightened up on him later in the game.

“I didn’t think anything of it — it felt like a cramp,” Conforto said.

Notes: OF Pete Alonso, the NL Rookie of the Year, agreed to a one-year contract paying at a $652,521 salary in the majors and at a $277,500 salary in the unlikely event he is sent to the minors. Alonso will not be eligible for salary arbitration until after the 2021 season. ... Mets RHP Jacob deGrom allowed one hit over four innings in his second start, an opposite-field homer to left by the St. Louis Cardinals' Matt Carpenter. ... RHP Dellin Betances also pitched for the second time and worked a hitless fifth inning, walking one … LF J.D. Davis hit a two-run homer and drove in three runs. … Former captain David Wright arrived Sunday from California and said he enjoys his advisory role in the front office. “For what I’m looking for at this stage, it’s kind of perfect for me,” said the 37-year-old former third baseman said.