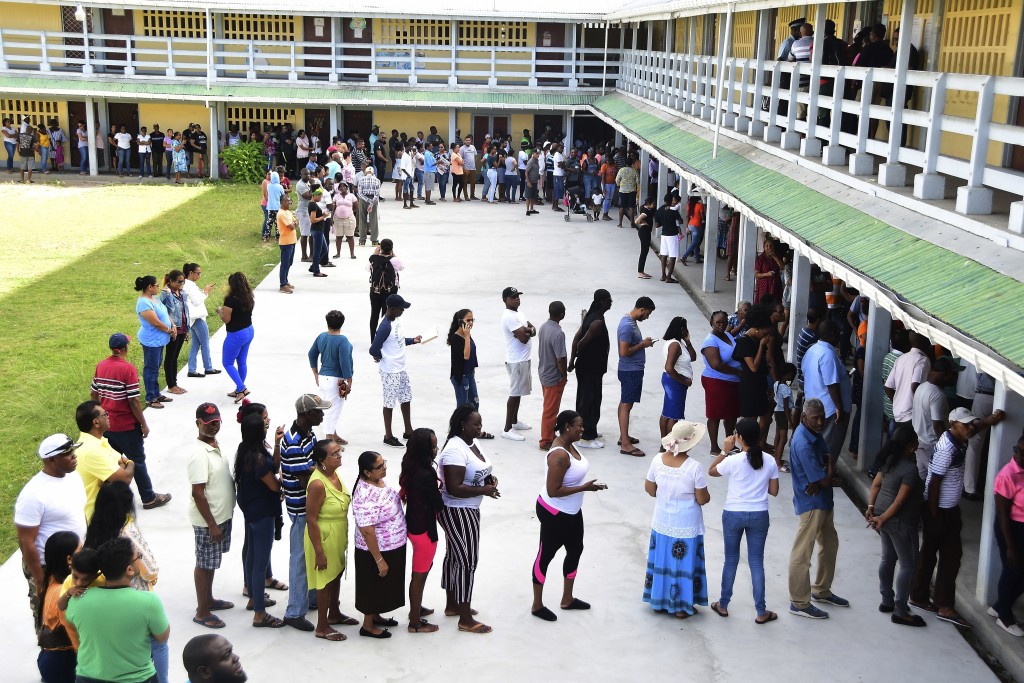 GEORGETOWN, Guyana (AP) — Several Caribbean prime ministers traveled to Guyana on Wednesday to try to help resolve an election crisis in the South American country, where rival factions are competing for control of massive oil revenues expected in years to come.

The 15-nation Caribbean Community was intervening in a dispute that erupted after March 2 elections in which both of the main political groups claimed victory, prompting street unrest in which at least one person was killed.

The political instability comes as the country of fewer than 1 million people faces the prospect that oil revenues in the next decade could make it one of the wealthiest in the hemisphere.

"The delegation will meet with the leadership of all parties that contested the poll,” the Community said in a statement.

The governing coalition led by retired army Gen. David Granger said it won the elections by two seats in the 65-seat parliament, while the main opposition People’s Progressive Party, or PPP, said it won by three seats.

The factions are mainly divided along ethnic lines, with Granger's coalition supported by the Afro-Guyanese population and the PPP opposition backed by the Indo-Guyanese community. There is also a smaller number of indigenous Guyanese.

A court was expected to rule this week on the election, whose results have yet to be formally announced.

The dispute had led to street protests, mostly by opposition supporters, in the past week. Police shot and killed a coastal village teenager who they said had attacked officers with a machete. Several others were injured by shotgun pellets. Other protesters burned tires, blocked highways and threw stones at school buses, injuring several students.

Both sides have appealed for calm. The protests have faded for now.

U.S. and other observers saw “flawed tabulation” in the election and "any government sworn in on the basis of that result would not be legitimate,” according to Michael Kozak, the U.S. State Department's acting assistant secretary of state for Western hemisphere affairs.

This year's elections have been widely viewed as the most crucial since independence from Britain in 1966, largely because the country is one of the world’s newest producers of oil and could earn billions in revenues.

Guyana recently sold its first million barrels to markets in the Far East and southern U.S. states. It will get four more similar sized shipments this year worth about $300 million as part of production-sharing arrangements with a consortium led by ExxonMobil, along with Hess Oil of the US and Nexen of China.