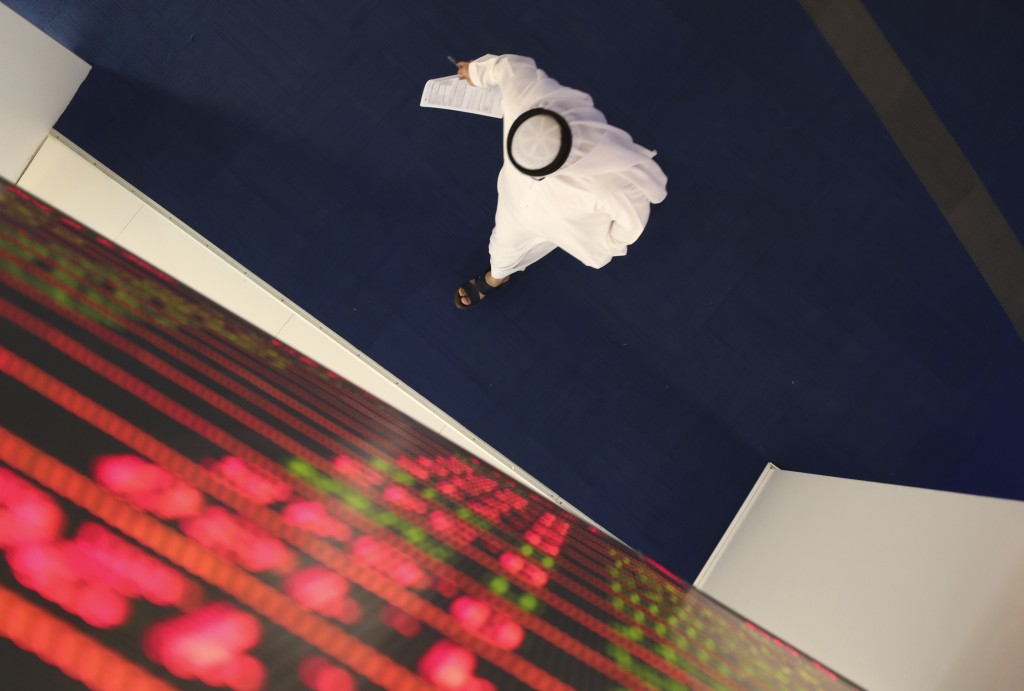 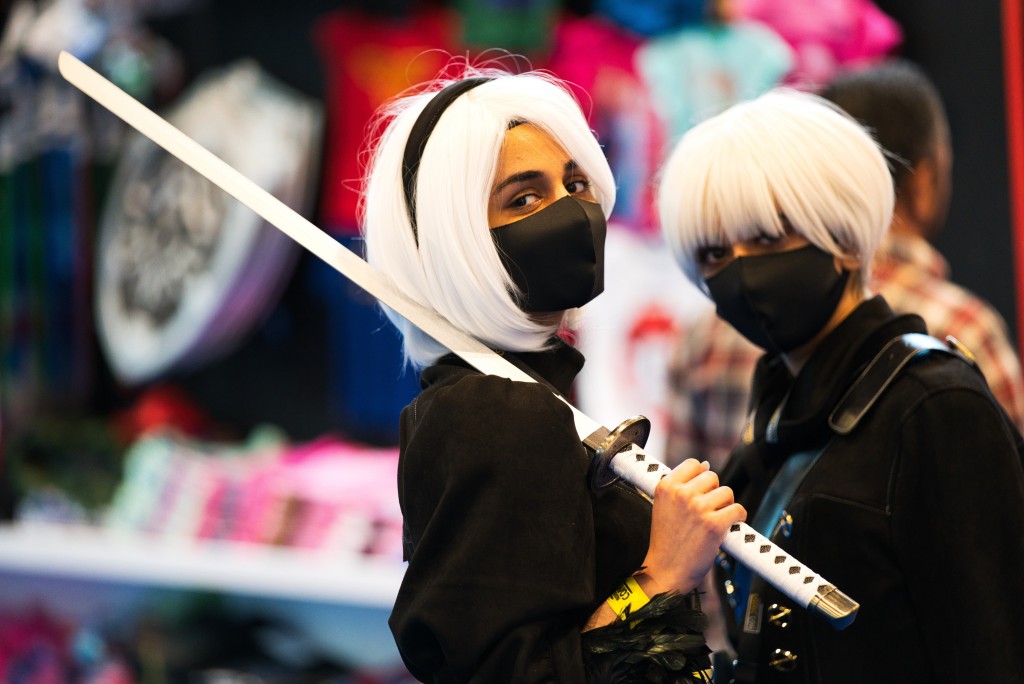 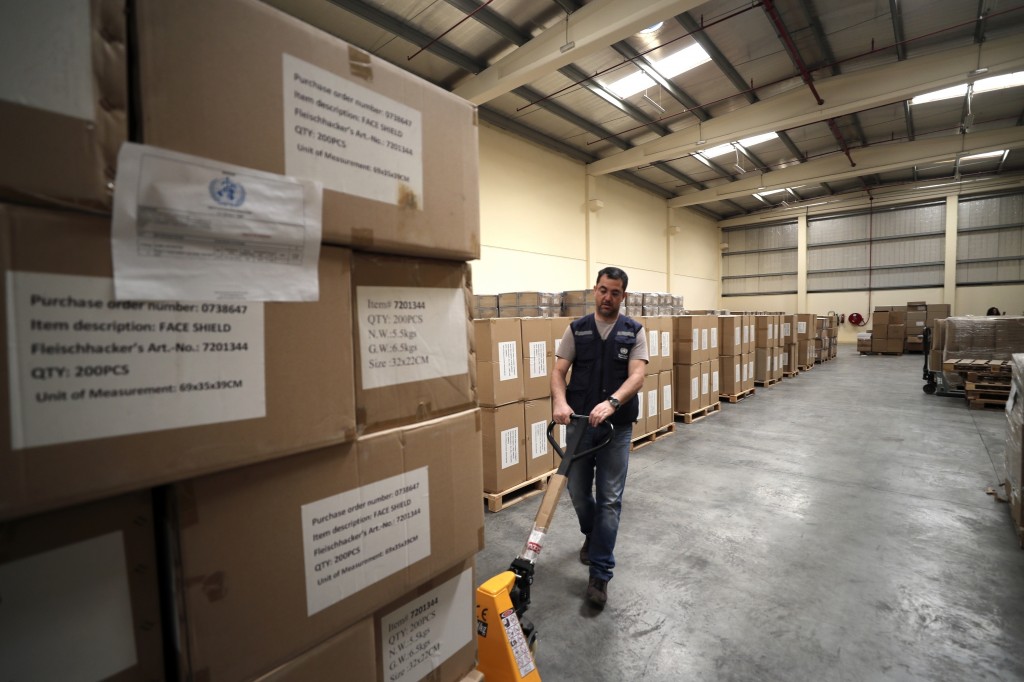 DUBAI, United Arab Emirates (AP) — It's been a turbulent week for Saudi Arabia and the United Arab Emirates, and it's only Wednesday. Already pained by years of economic slowdown and unpopular austerity measures, Gulf Arab states now face the most challenging headwind to their stability: crashing oil prices.

The one-day 25% drop in oil prices on Monday sent world markets tumbling amid disruptions across the globe due to a new and fast-spreading virus. In the Gulf, more than $400 billion was sold off in markets on the first two days of trading this week before regaining some of those losses by mid-week.

Stock in the kingdom's mostly state-owned oil company, Saudi Aramco, plunged dramatically before rebounding almost 10% on Tuesday only to drop again Wednesday, pushing its shares to below the December IPO price.

The volatility comes as Saudi Arabia's Crown Prince Mohammed bin Salman embarks on another round of risky gambles, this time in response to challenges from the new coronavirus.

First, the kingdom made the hard and unprecedented decision to shut down Islam’s holiest sites to pilgrims in an effort to block the spread of the virus.

In a second move spearheaded by the crown prince and his older brother, Energy Minister Prince Abdulaziz bin Salman, Saudi Arabia triggered a price war with major producer Russia after Moscow refused to go along with deeper production cuts to prop up prices as demand for oil slows amid the virus' outbreak.

Eurasia Group, a risk analysis and consulting firm, said the main driver of the failure of Saudi-Russian talks was the kingdom's ambitious brinkmanship strategy to push for cuts of 1.5 million barrels per day or nothing at all.

Then, rumors erupted about King Salman's health and well-being after the crown prince's forces detained two senior princes, including the monarch's brother. On Sunday, state media showed him alive and well.

“Doubts about Saudi Arabia's internal stability could not come at a worse moment,” Gerald Feierstein, vice president at the Middle East Institute in Washington, said.

He said pressure is building on the Saudi leadership, particularly the crown prince's Vision 2030 plan to diversify the economy away from dependence on oil exports for survival.

Just as Saudi Arabia was beginning to swing open its doors to tourists as part of that plan, it imposed travel bans to and from 14 different countries affected by the virus — ranging from France to neighboring United Arab Emirates.

Under a scenario of Brent crude at $35 a barrel, Saudi Arabia could see a fiscal deficit this year of more than $100 billion. Oil traded Wednesday around $36 a barrel.

The kingdom has around $500 billion in foreign reserves. That gives it the fiscal space to maintain its spending plan for up to a year, said Monica Malik, chief economist at Abu Dhabi Commercial Bank. But those assets would be depleted in five years if Saudi Arabia doesn't adjust its spending and only relies on this to cover its deficit.

“The key issue remains the length of the oil price war,” she said.

Governments around the world are taking tough measures to try and stop the spread of the new coronavirus, which originated in China late last year.

For most people, the virus causes only mild or moderate symptoms, such as fever and cough. For some, especially older adults and people with existing health problems, it can cause more severe illness, including pneumonia. The vast majority of people recover from the new virus.

Still, because so little is know about the virus, several Gulf countries have suspended nurseries and schools where the virus could spread easily among children.

In the UAE, working parents in Dubai and Abu Dhabi who mostly rely on schools for childcare are faced with tough choices. Some are nervous about Dubai's economy and quietly speaking about opening overseas U.S. dollar accounts and transferring money out of the country to limit exposure. Some families in Dubai are also stocking up on food supplies in case imports are affected by the virus.

Like other major cities around the world, Dubai has postponed key events, like a major aviation and travel exhibition, which usually draws visitors from China, Europe and other regions. Events like this are important in driving tourism and keeping hotels buzzing in Dubai.

The emirate has poured billions of dollars into hosting the upcoming World Fair, or Expo 2020. As questions linger over whether the biggest event of the year — the Olympics in Japan — will be held this summer, local media in Dubai report the Expo is still on track for its six-month run starting in October.

For now, the region's biggest airline, Dubai's Emirates, has acknowledged a slowdown in operations, which means Dubai's main airport, also the world's busiest for international travel, is being impacted. A subsidiary of Dubai's biggest developer, Emaar, said it has stopped bookings at three hotels due to the impact on travel, the local Gulf News reported.

Earlier this week, small groups of Russian tourists with selfie sticks and phone cameras were seen taking in the views along Dubai's Marina harbor. Missing, however, were the droves of other tourists — Chinese, European, Indian and Iranian — who normally flock to Dubai during its peak winter season.