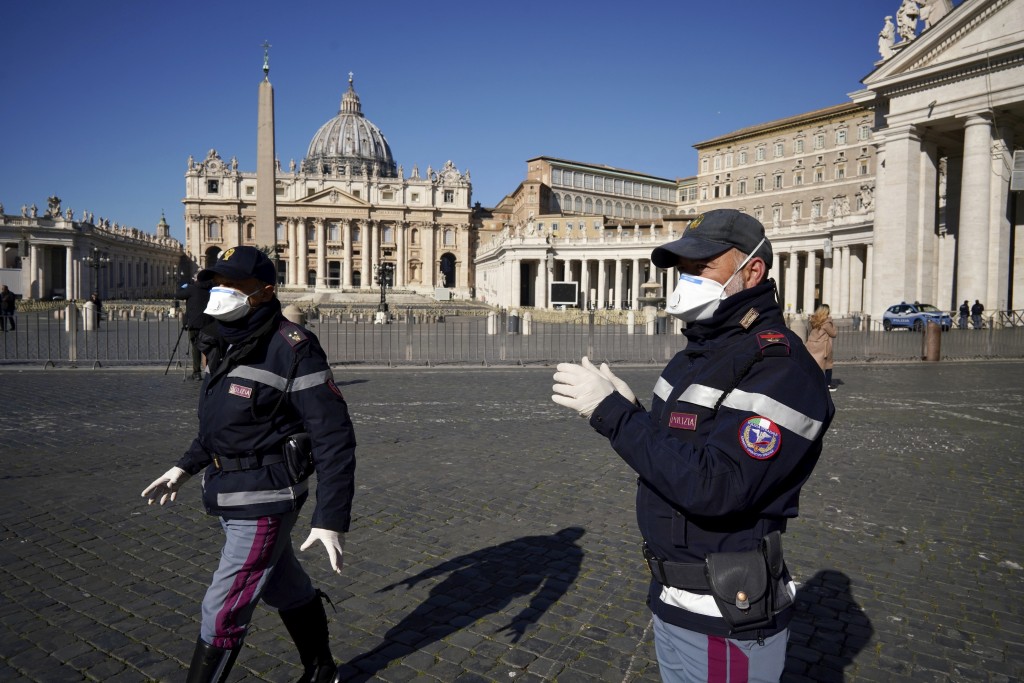 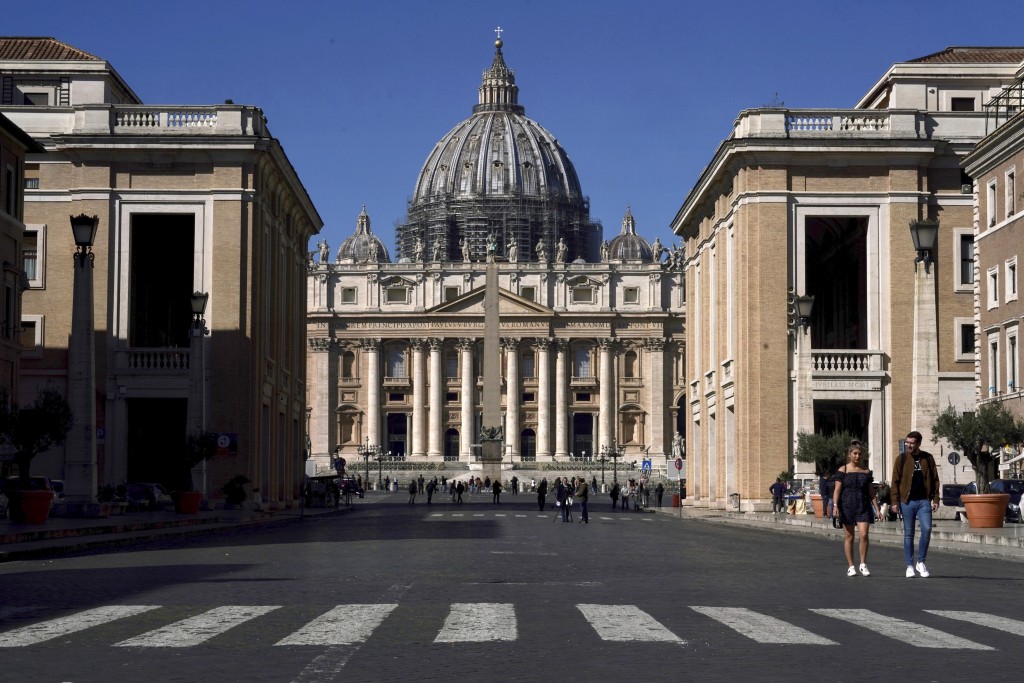 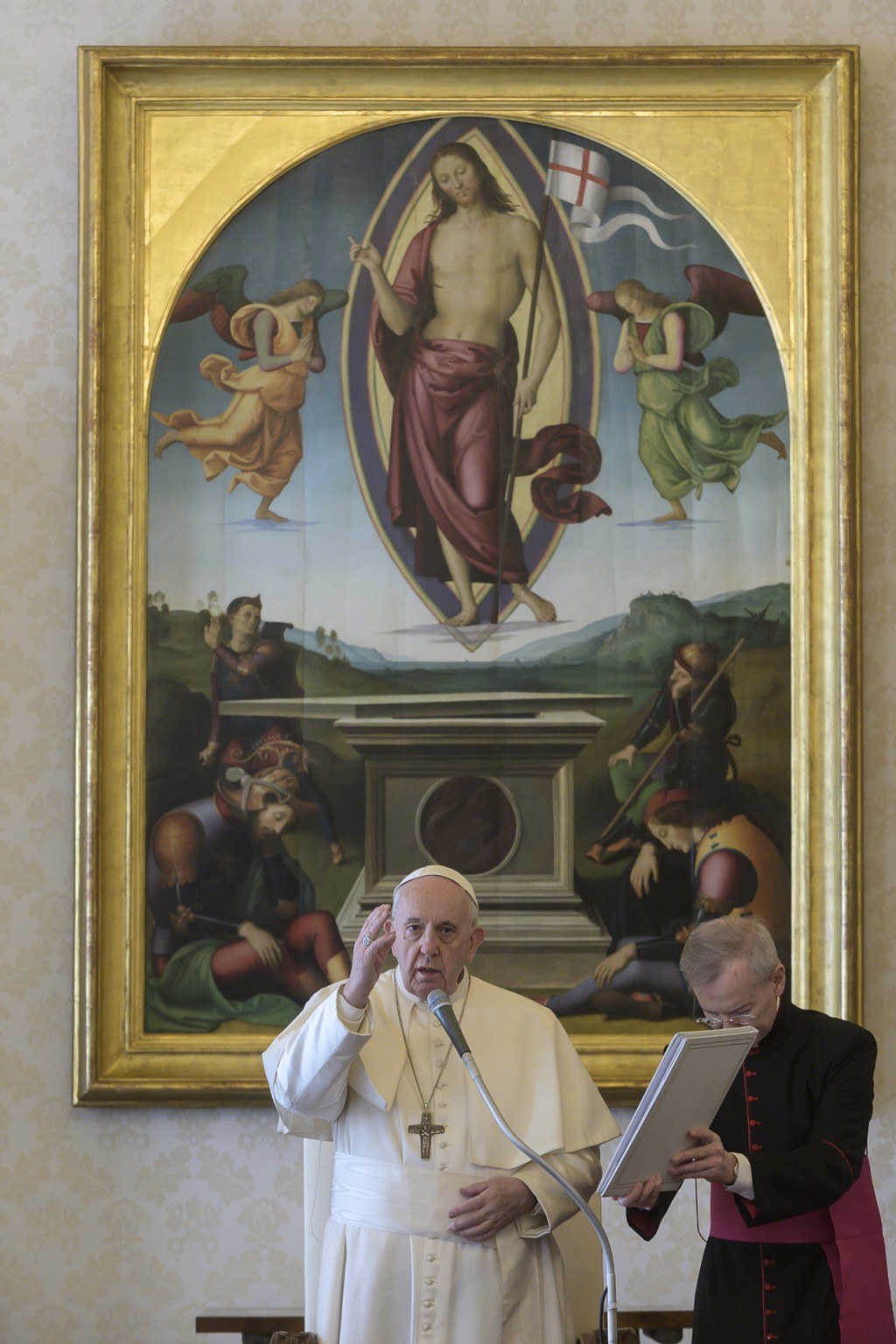 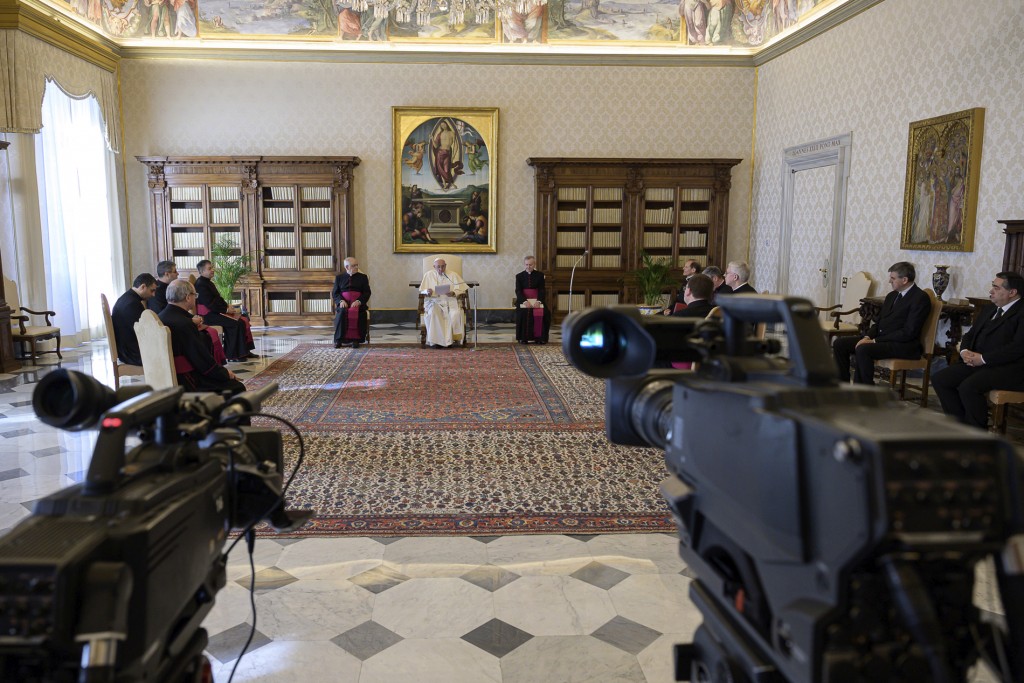 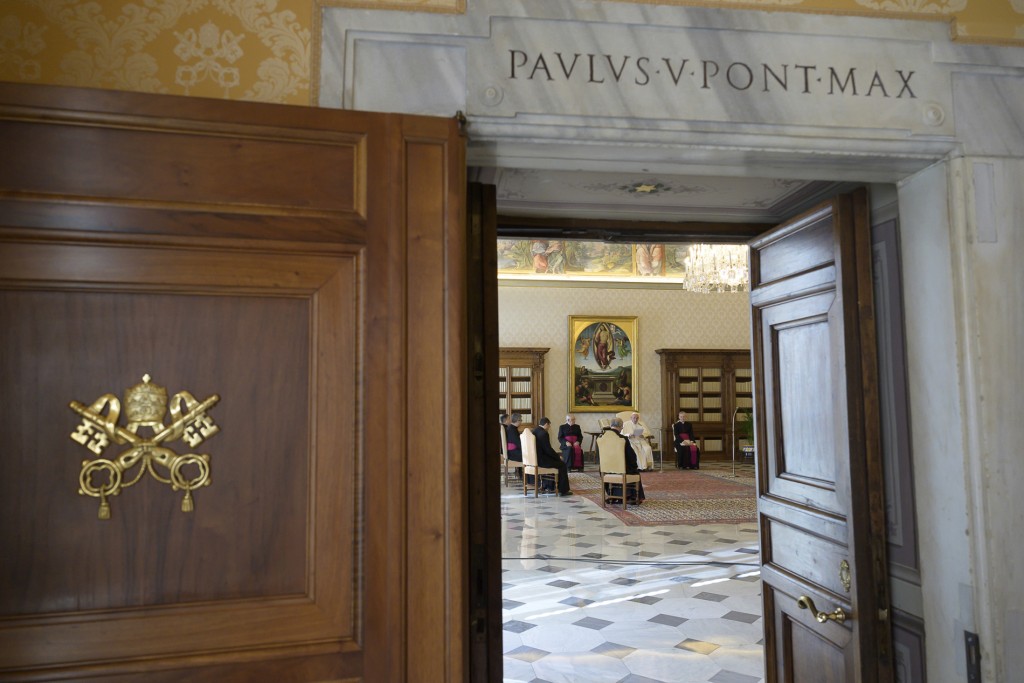 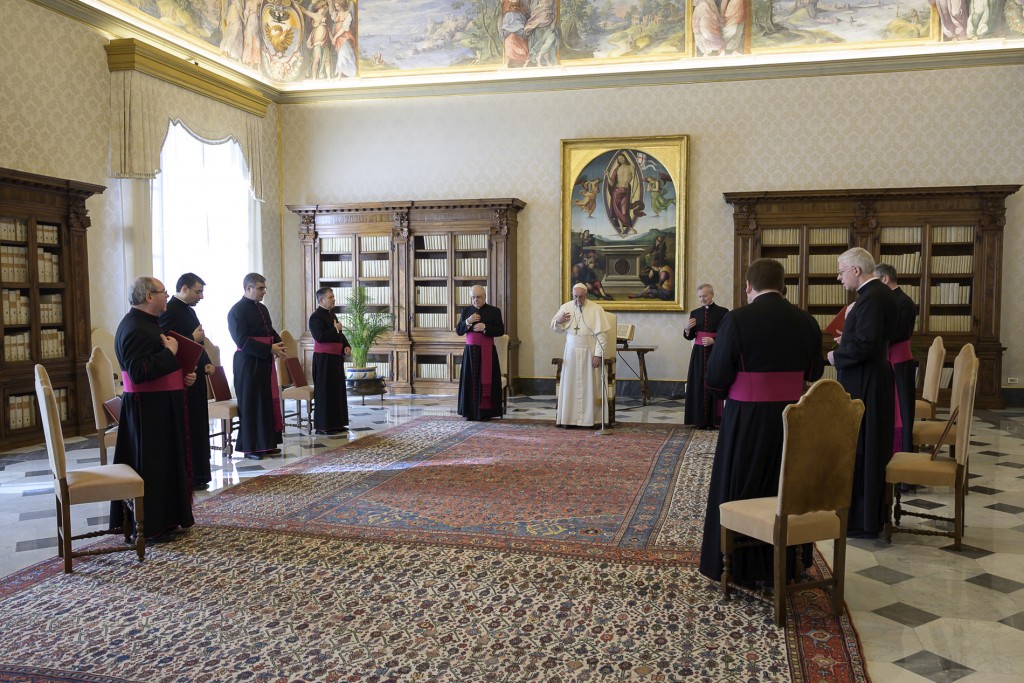 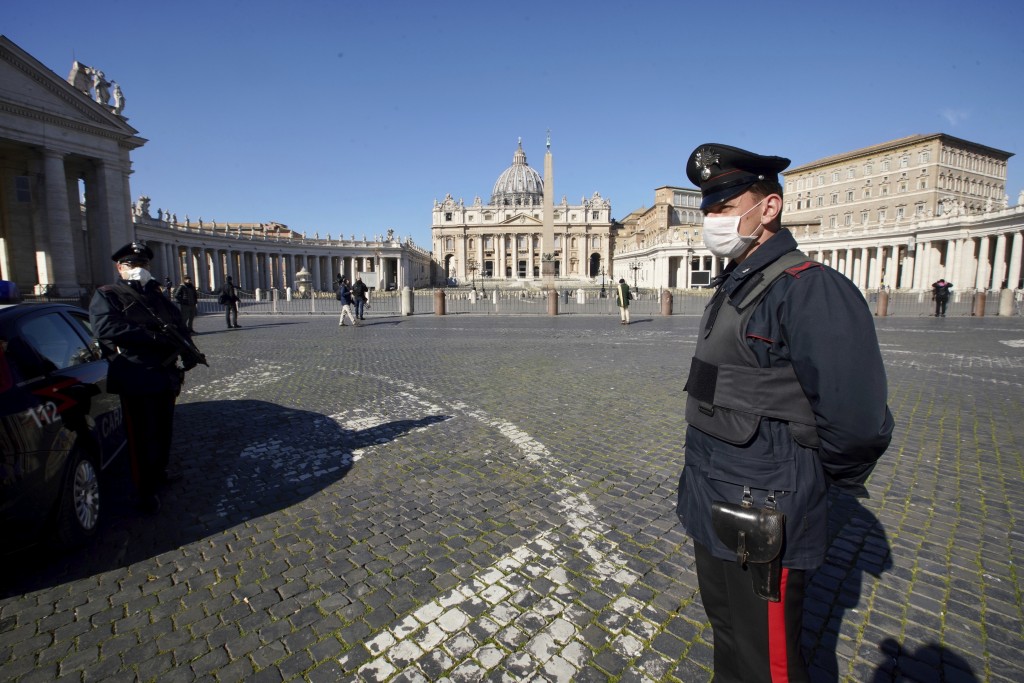 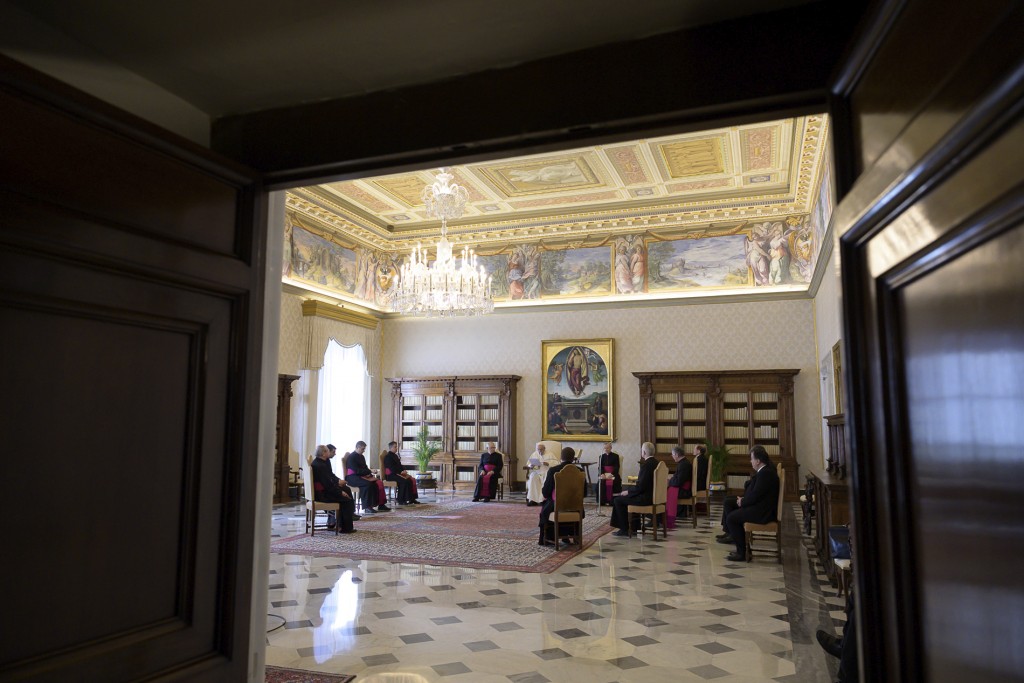 Police barred the general public from St. Peter’s Square and the Vatican took measures to limit infections inside the city state and mitigate the economic fallout outside.

Francis sent out special prayers for prisoners, the sick and hospital personnel caring for them, delivering his weekly catechism lesson via livestream rather than in person. The scene was somewhat surreal given the whole point of a general audience — a tradition that dates to the time of St. John XXIII — was to bring the pope into contact with ordinary folk at least once a week.

And under normal circumstances, the Wednesday appointment brings tens of thousands of people into St. Peter’s Square or the Vatican auditorium for an hour-long catechism lesson delivered in a variety of languages. But on Wednesday, the square was empty and police barred access to St. Peter’s Basilica to anyone but individuals seeking to pray.

For most, the coronavirus causes only mild or moderate symptoms, such as fever and cough. But for a few, especially older adults and people with existing health problems, it can cause more severe illnesses, including pneumonia. More than 119,000 people have been infected worldwide and over 4,200 have died.

Italy is the European epicenter of the outbreak, with more than 10,000 positive cases. With 631 dead, Italy’s fatality rate is running at more than 6% — far higher than other countries. Officials attribute the high toll to Italy's aged population, the second-oldest in the world outside Japan.

The Vatican, a 108-acre (nearly 45-hectare) city-state in the heart of Rome, has taken Italy's lead and imposed drastic measures to contain the virus after one person in Vatican City was infected, another who attended a Vatican conference tested positive and five people were placed on precautionary quarantine. At 83 and with part of a lung removed during a respiratory illness when he was a young man, Francis would be at high risk for complications were he to get the virus.

The Vatican has canceled meetings and conferences, limited travel among its personnel and closed the Vatican Museums to the public — essentially closing off its main source of income for the foreseeable future. On Wednesday came the predicted cancellation of Francis' rumored trip to Indonesia, East Timor and Papua New Guinea later this year.

The Vatican this week also made moves to try to mitigate the dramatic economic impact on Italy’s businesses because of the sharp dropoff in commercial, retail and tourism industries. The Vatican is one of the biggest landlords in Rome, and on Tuesday offered to entertain rent reductions from businesses experiencing problems.

During the audience, the pope was surrounded by a handful of priest translators sitting a meter (about three feet) apart in his private library. At the end, Francis directed a final prayer to the sick and those who are caring for them.

“I thank to my heart the hospital personnel, the doctors nurses and volunteers. In this difficult moment, they are close to those who are suffering.”

Earlier, during his morning Mass — celebrated privately but livestreamed — the pope prayed especially for prisoners, after more than two dozen riots broke out in lock-ups across Italy in recent days as inmates protested virus containment measures and agitated to be allowed out to prevent infections.

“Today, I would like to pray especially for the inmates, our brothers and our sisters in jail,” he said. “They suffer so we need to be close to them with prayers so that the Lord may help them and comfort them in this difficult moment."