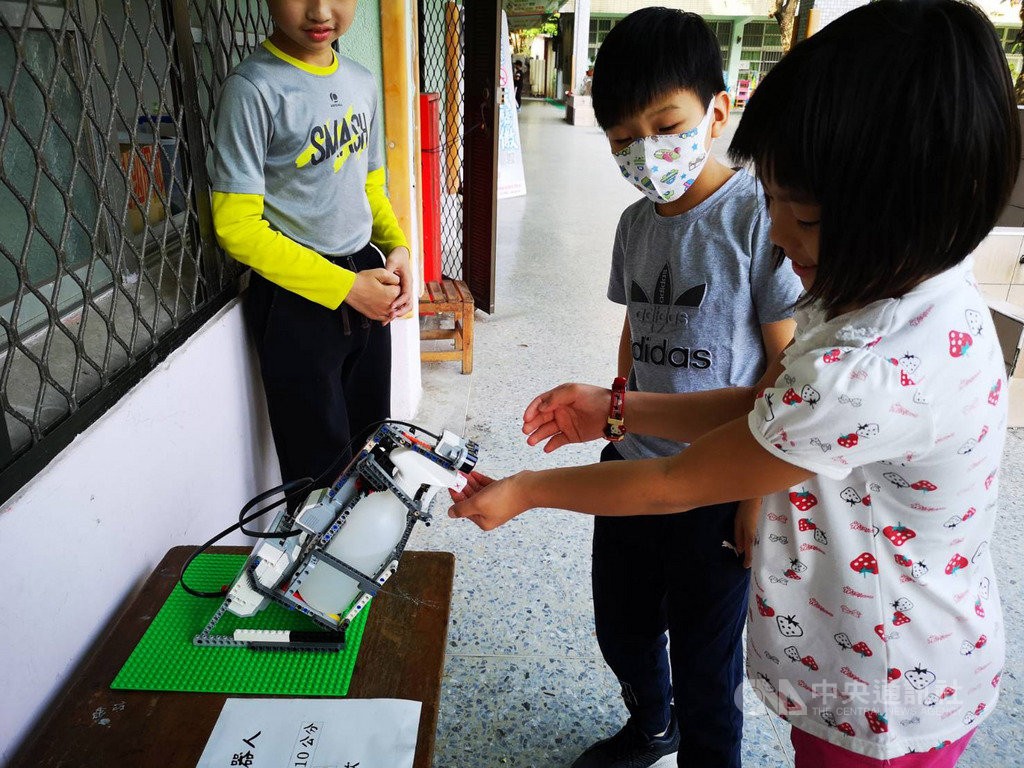 TAIPEI (Taiwan News) — Taiwanese students at an elementary school in southern Taiwan have gained worldwide media attention after they created a Lego robot that dispenses disinfectant to fight off the Wuhan coronavirus (COVID-19).

Because Taiwan has managed to stave off COVID-19 with only 48 confirmed cases, most schools have been back in session since Feb. 25. In a creative effort to fend off the virus and educate children about the importance of washing hands, students at Linyuan Elementary School in Kaohsiung have created a Lego robot with a motion sensor that sprays bottles filled with rubbing alcohol.

The school's Academic Director Wu Ya-ju told CNA that an ultrasonic sensor is installed at the top of the robot and is controlled by a computer program. When the sensor detects an object approaching, it starts a motor that turns a gearwheel connected to a series of beams and axels that ultimately presses the trigger of a plastic spray bottle holding the alcohol.

Wu said the purpose of the robot is to sterilize the student's hands without requiring anyone to physically hold the bottle, further lowering the risk of infection.

She pointed out that Kaohsiung's Education Bureau encouraged teachers and students to continue their research in the field of robotics and provided a subsidy to the school to purchase additional equipment after it won second place in an Australian international competition design last year. In response to the need to step up epidemic control efforts at the beginning of the new semester, under the guidance of their robotics coach. students rushed to use school Lego parts during the winter vacation to assemble a networked automatic induction hand sterilizer, according to the report. Close-up view of one of the lego robots. (CNA photo)

Wu said that the first one took nearly four days to complete from scratch, while the last three were built based on the design of the original. Each of the subsequent robots was assembled within 40 minutes.

To thank the Education Bureau for the subsidy, the school lent it one of its Lego hand sanitizers for display and use until the end of the outbreak, leaving three for the school to use. Soon after the robots entered service, local media outlet EBC News covered the story on March 4, and by Tuesday (March 10), Reuters reported on the story as well, spreading the news to the world.

In 2012, one year after the Fukushima nuclear disaster in Japan, and given that the school is situated near a petrochemical industrial zone, teachers decided to establish a robotics club for the students. In 2013, the school won first place at a robotics competition in the U.S., and last year, the student team took second place in the 2019 First Lego League championship held in Australia.

Below is a video of the device in action: