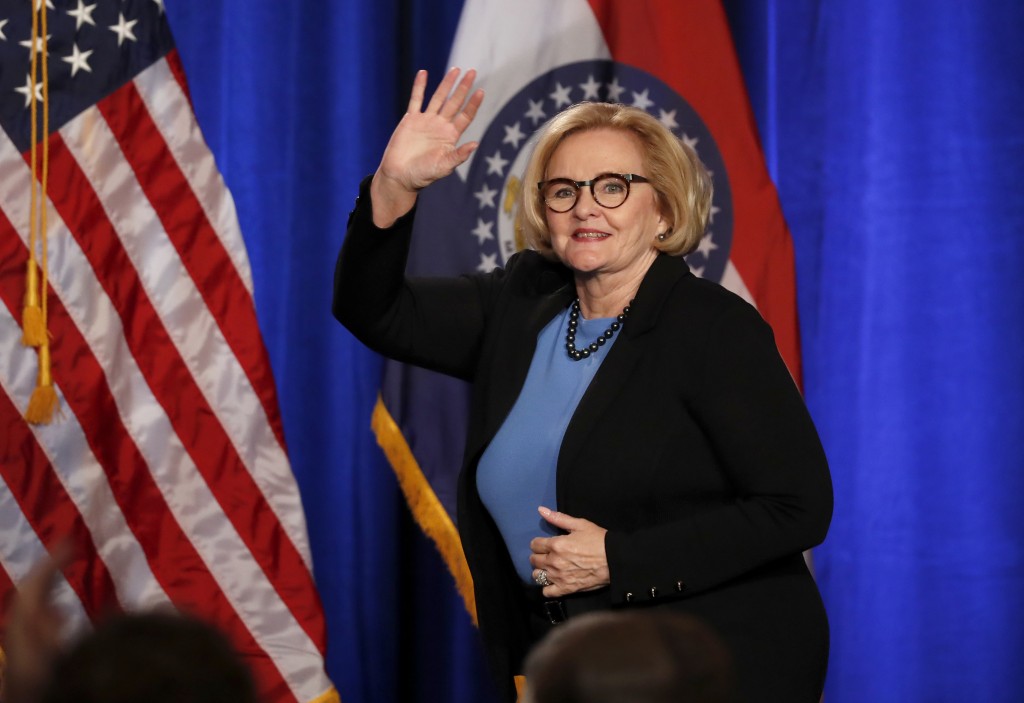 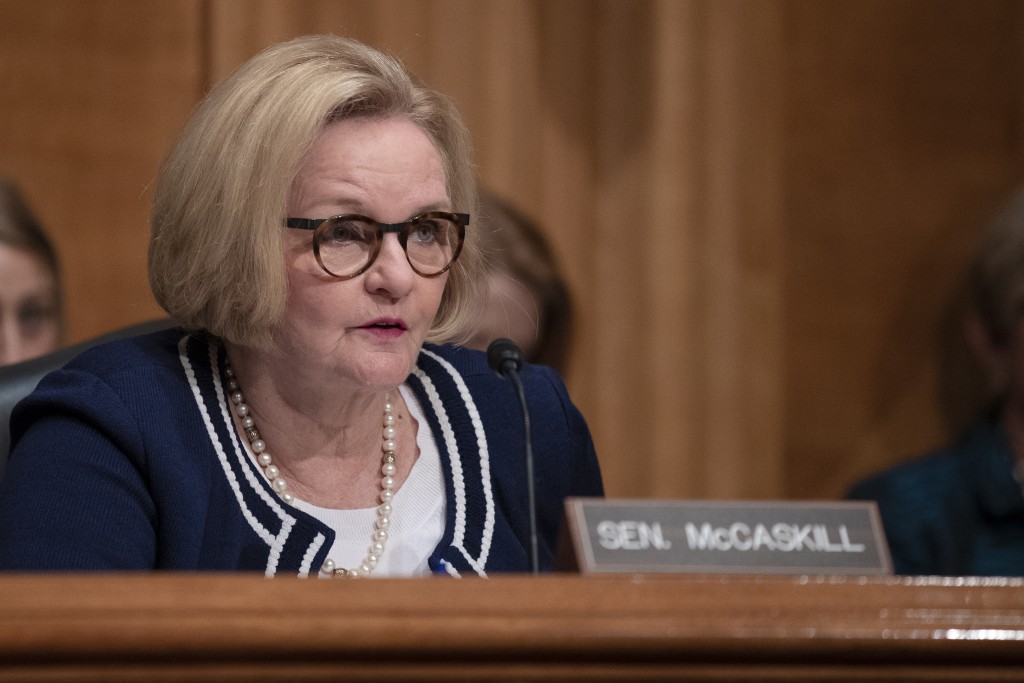 NEW YORK (AP) — NBC News analyst Claire McCaskill is talking about some of the shows where she appears — “Morning Joe,” Rachel Maddow or Nicolle Wallace's hours— when a questioner slips in a little test. What's your favorite?

Clearly, the former U.S. senator's political instincts haven't dulled since her defeat in 2018. That's also apparent on the air, where she has emerged as a colorful and blunt analyst through President Donald Trump's impeachment trial and the presidential primaries.

McCaskill said Trump's impeachment lawyers had learned “the Trump ethos, which is if you're cornered, just lie” and sharply rebuked Tennessee Sen. Marsha Blackburn on the air. When there was a question about how the Senate was going to proceed on a vote to call witnesses during the impeachment trial, McCaskill took out her phone and texted several former colleagues for the lowdown.

She's been having a blast.

“I have been shocked at how happy I am,” McCaskill said in an interview steps away from an MSNBC set recently. “I assumed it was going to be more painful than it has been, to not be in the fray but rather commenting on the fray.”

After taking some time to unwind after losing her bid for a third term to Josh Hawley, the 66-year-old Missouri Democrat found that news organizations looking for analysts were calling her, instead of the other way around. She had always tried to be forthright when talking to reporters — as much as any politician can be — and her willingness to answer questions was noticed. She was comfortable with MSNBC after making frequent appearances there.

Since crossing over to the media, McCaskill said she's found “the freedom is exhilarating.”

“The biggest transition was getting comfortable with the fact that I can say what I really think about Donald Trump,” she said.

And what would that be? “Donald Trump is a disaster for our country,” she said.

A little more diplomacy toward the president was required when she was active in Missouri politics, since the Republican carried the state in the 2016 election. It has also enabled McCaskill to see what supporters admire in him. “Let's be honest, he hit some heartstrings,” she said when analyzing Trump's State of the Union speech.

“What people see when they see her on the air isn't somebody who read a poll or is making her best guess,” Wallace said. “She lived it. She arrives at her position thoughtfully, not reflexively.”

Wallace, former White House communications director in George W. Bush's administration, said she enjoys talking to someone who understands politics and government from being a participant. She was giddy on the air watching McCaskill text colleagues for inside info.

Wagging a finger and looking into the camera, McCaskill bluntly went after Blackburn during the impeachment hearings when the Republican tweeted criticism of Lt. Col. Alexander Vindman. The White House national security aide was a key witness in the impeachment inquiry.

“Don't you lecture anybody about how patriotic a veteran like Vindman is when you are going to the mat for a man who stood next to Putin and trashed the United States of America,” she said.

Blackburn didn’t immediately return an email seeking comment from the AP about McCaskill. The AP reached out to the White House for comment about McCaskill’s criticism.

Commentator McCaskill hasn't yet come under sustained attack from Republicans. The last time Trump tweeted about her was to urge a vote for Hawley. After a McCaskill tweet suggested Secretary of Housing and Urban Development Ben Carson was featured prominently in a picture of administration officials because he was one of the few black people there, Trump aide Katrina Pierson called her a “closet racist.”

Otherwise, she hasn't gotten much critical attention because “you expect a Democrat to sound like a Democrat,” said Tim Graham, director of media analysis at the conservative Media Research Center.

Being from a state like Missouri taught McCaskill that no matter what she did, roughly half of her constituents would be happy with the other half mad — and not hesitant to tell her.

“Some people who have not been through the political wars that I have been would be worried about that level of negativity,” she said. “I get it. All in a day's work. My back is already so thick that it's not like somebody calling me fat is going to make me cry.”

Few people back home are surprised to see what she's doing at NBC News, said Steve Kraske, a radio host at KCUR and a former newspaper columnist in Kansas City.

As a senator, McCaskill would hold town hall meetings in the most conservative areas of the state, inviting audience members to write down questions that would randomly be drawn out of a hat so she couldn't be accused of stage-managing the event, he said.

“She's got a lot of Harry Truman in her,” Kraske said, referencing another plainspoken Missouri politician.

Her new perch has given McCaskill the ability to give viewers an insider's knowledge about what it's like to be in the Senate, such as a piece she did about the work of the Senate parliamentarian. She's not happy about how the Senate has become more sharply partisan and noted that there's no encouragement to build relationships with colleagues across the aisle.

Even while watching the impeachment trial, McCaskill said she wasn't wishing she was on the Senate floor.

“Chuck (Schumer) has said to me several times since I made the transition that ‘you look so damn happy. Stay away from the members because I don't want them getting the idea that there is life after the Senate,'” she said.