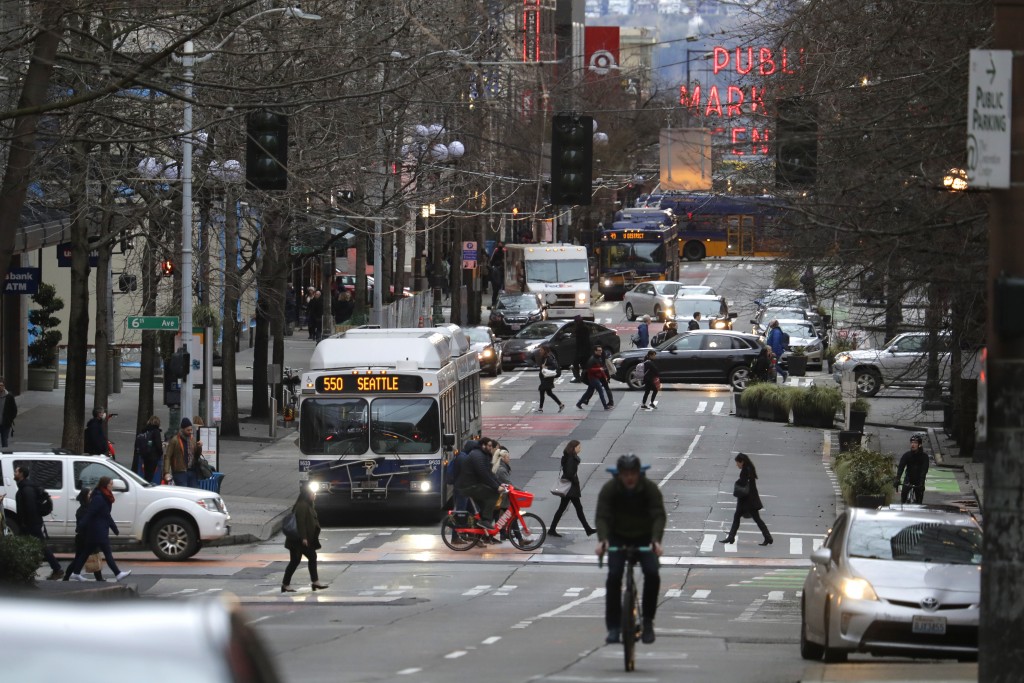 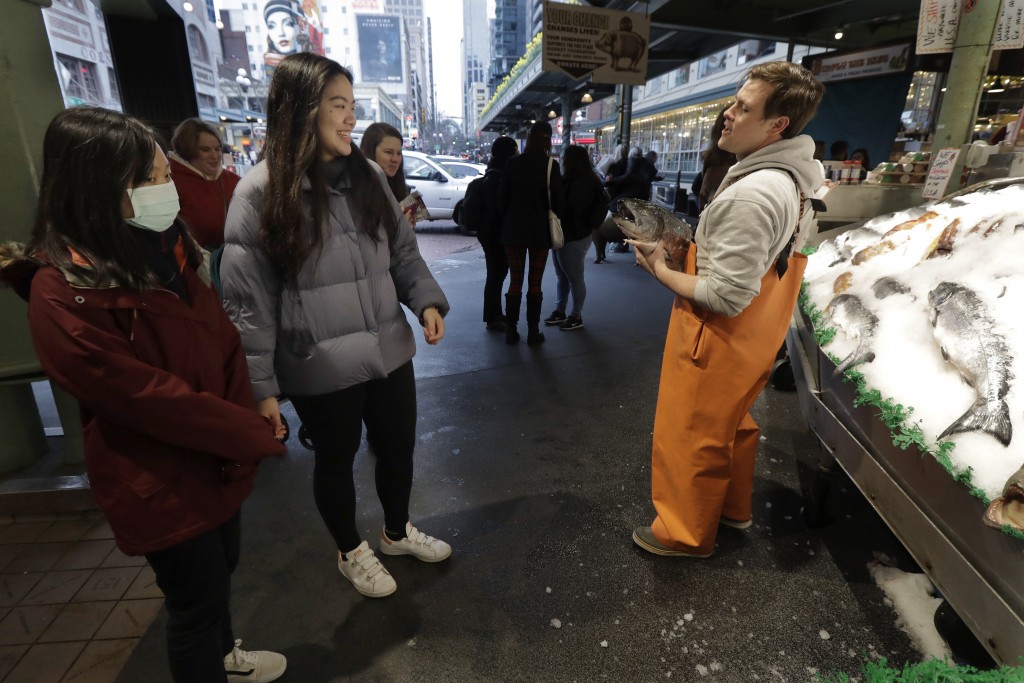 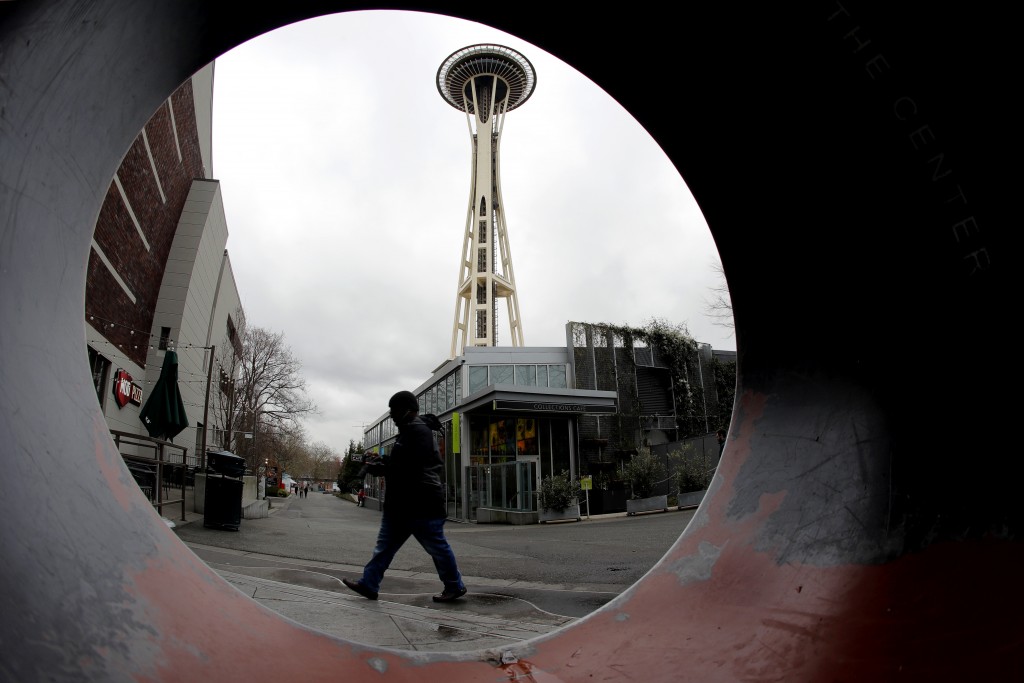 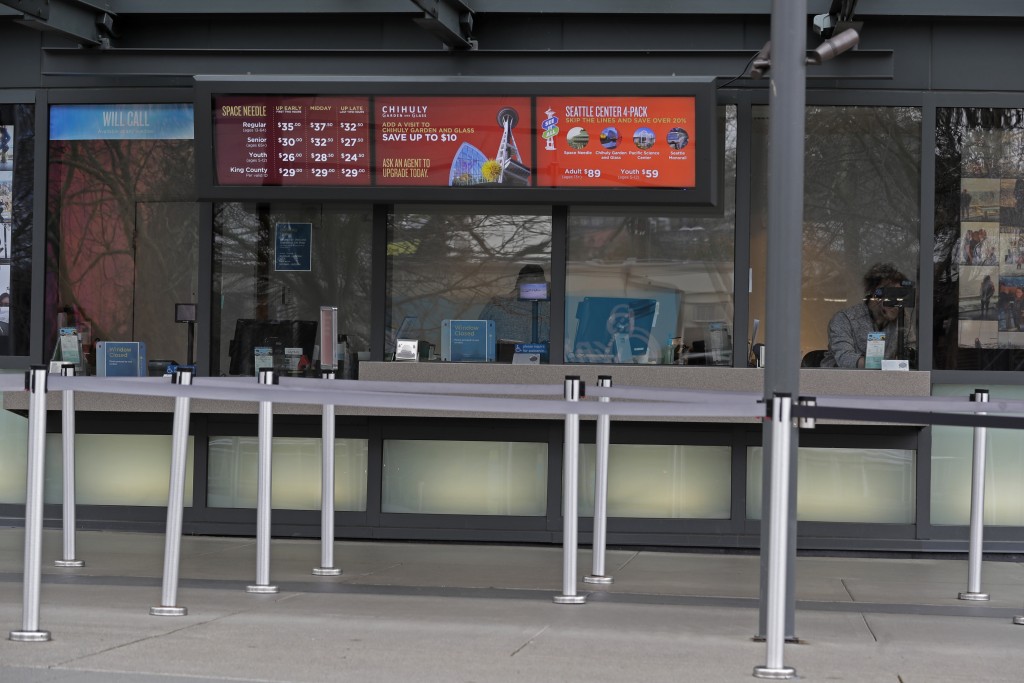 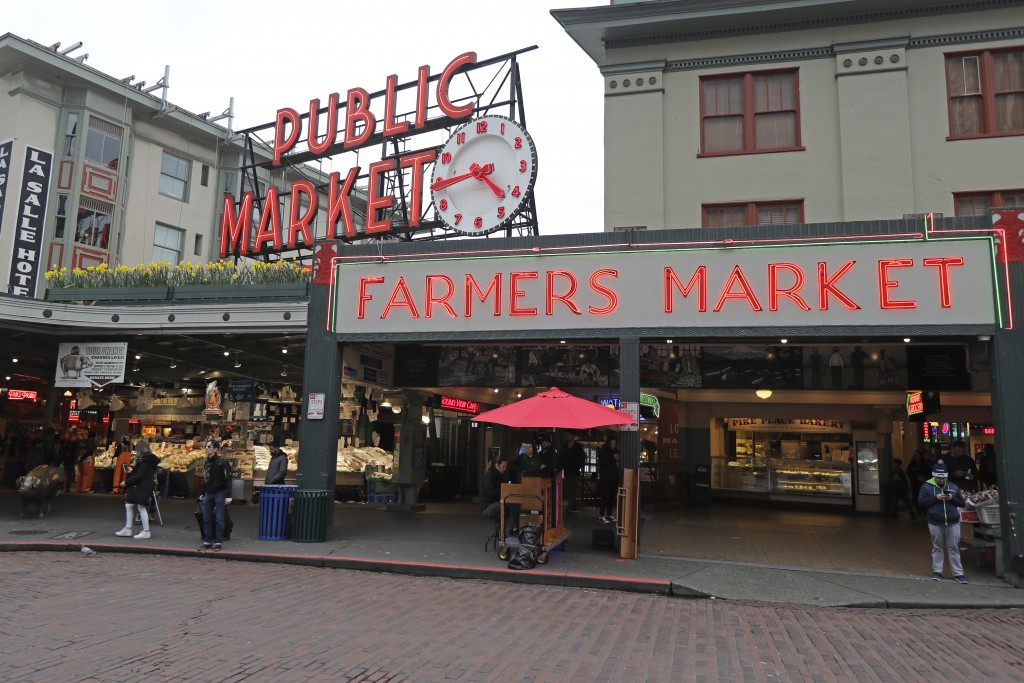 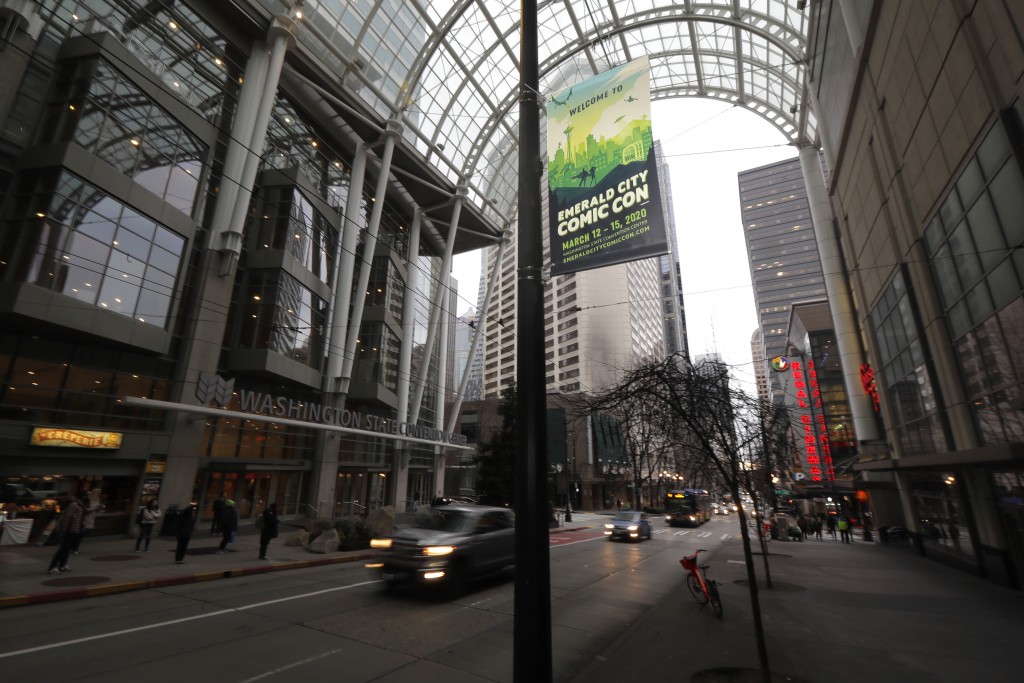 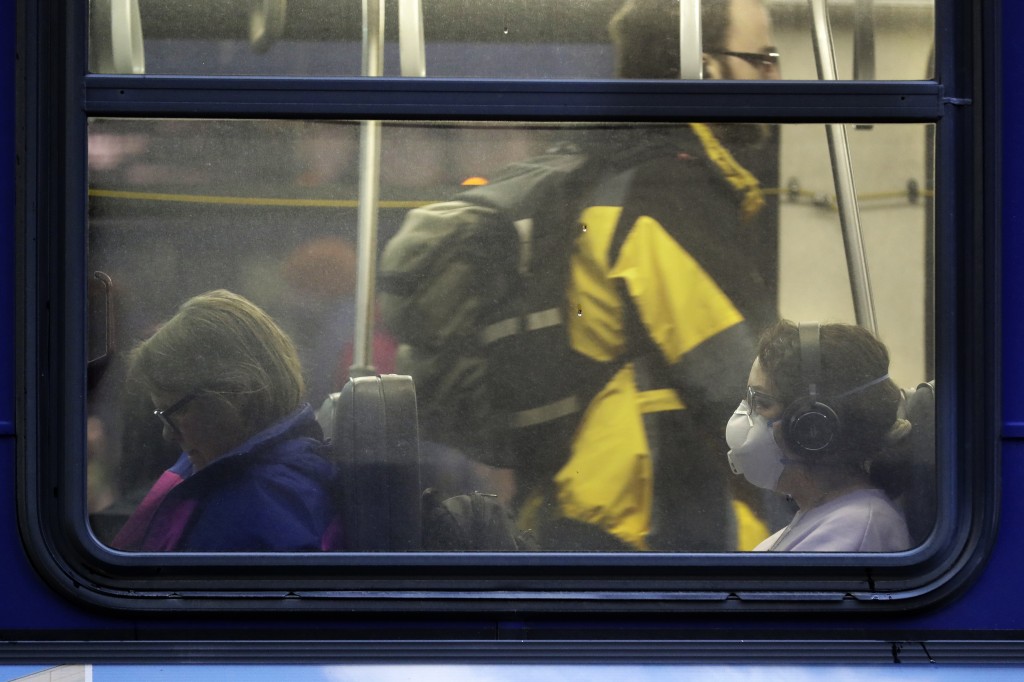 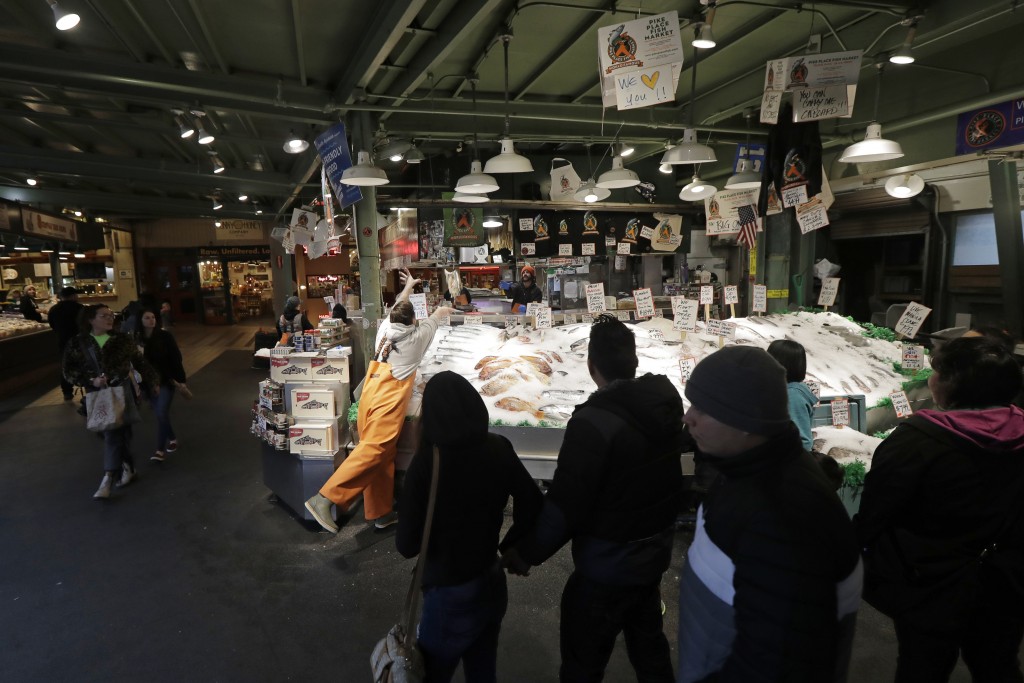 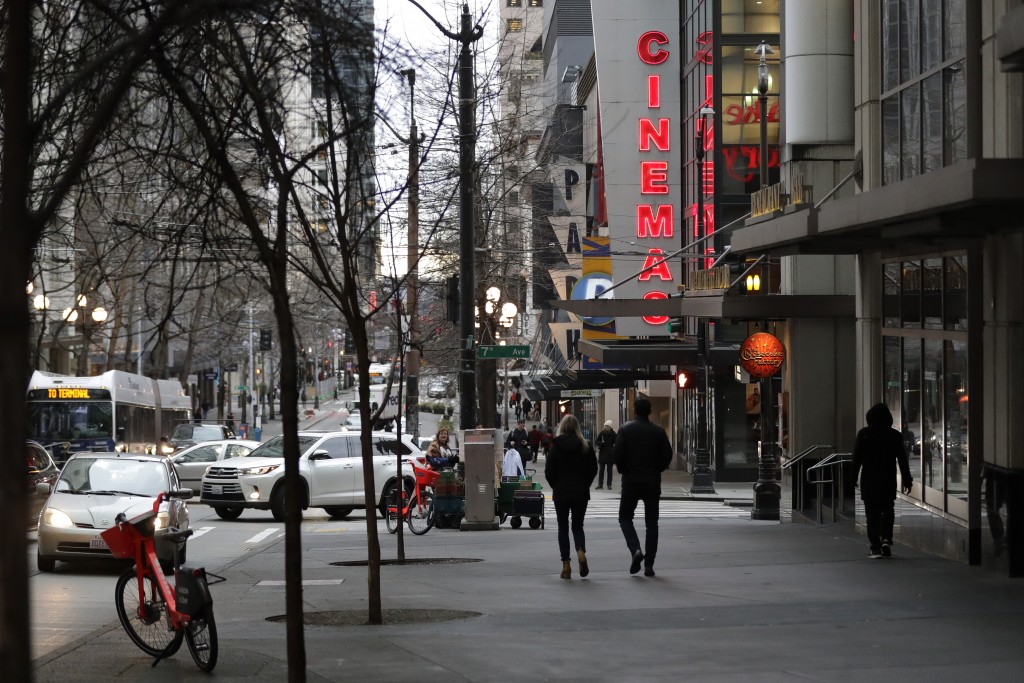 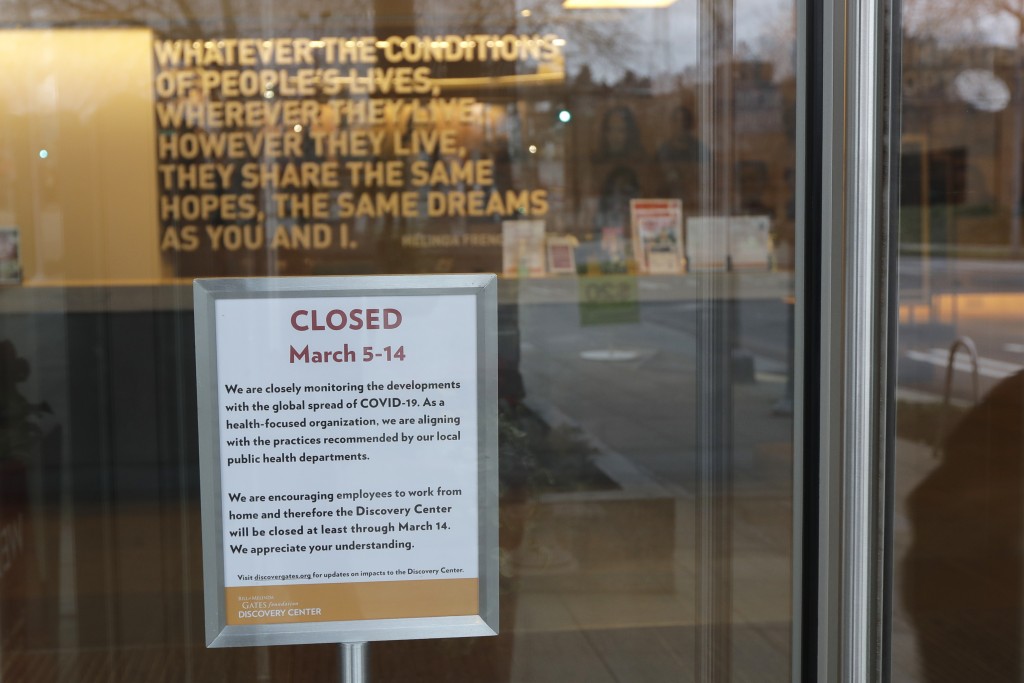 SEATTLE (AP) — The coronavirus outbreak has largely emptied Seattle's usually busy downtown streets after Amazon and other companies told tens of thousands of people to work from home. That means far fewer customers for restaurants, shops and other businesses.

The Seattle area is dealing with the worst COVID-19 outbreak in the country, with at least 22 deaths, and businesses are bracing for the cascading effect of losing customers for the foreseeable future. Hotel bookings dropped as big conventions, including the Emerald City Comic Con, were canceled or postponed.

“You can see it and feel it on the streets. You can see it in restaurants and hotel lobbies," said Jon Scholes, president and CEO of the Downtown Seattle Association.

Scholes said the downtown street outside his window was nearly completely empty late last week. He watched a normally crowded bus drive by with almost no passengers.

In addition to Amazon, other employers have told people to telecommute. Amazon, however, has said it will keep paying the hourly workers who staff many food, cleaning and other services on its campuses even while they are largely empty. The tech giant has become the poster child of rising rents and increasing income inequality in Seattle — but Amazon's tens of thousands of employees also make up a huge portion of customers for small shops and restaurants who rely on their business to stay afloat.

Park’s two restaurants in the market — Bacco and Chan — are hurting. But Park is optimistic people will start emerging from their homes after getting over the initial shock of the virus spreading in their community.

At his third restaurant, Meet Korean BBQ, in Seattle’s nearby Capitol Hill neighborhood, the after-work rush has slowed, but people are still coming for later dinners.

Much of the concern is for businesses that operate in the massive shadow of Amazon’s corporate headquarters. Thai Thani Kitchen, on the ground floor of one of the company's buildings, is usually packed at lunch but now sits mostly empty.

While Amazon has said it will help cover one month's rent for small businesses in its buildings, many employees also eat and shop at the restaurants and stores dotting the surrounding blocks.

There's often a long lunchtime line at Tacos El Tajin, a bright green taco truck that parks on weekdays in the heart of Amazon's South Lake Union campus. But not lately.

“We're going to have to go find another location for now and wait for all the big companies to come back to work,” he said. “Maybe a construction site or something like that.”

Without Amazon customers, some businesses might be forced to shut down if they don’t get relief, said University of Washington marketing professor Jeff Shulman, who has studied the effect of Amazon on the city’s economy.

“Rent is still due, insurance is still due, it’s really expensive to operate a space in downtown, and you’d have to anticipate the revenues are not going to be there,” he said.

And if restaurants and stores are forced to close — even temporarily — it means many hourly workers will not get paid and could struggle to afford rent and other necessities in the increasingly expensive city, Shulman said.

“If the money is not there, it could be really problematic on people already struggling,” he said.

Hotels are seeing a 30% to 40% drop in occupancy, said tourism organization Visit Seattle, and cultural attractions and events are reporting “steep declines.”

A coalition of businesses and other groups, including Microsoft, Amazon, Starbucks and the city of Seattle, banded together to create a response fund to give grants to economically vulnerable groups. The fund has $2.5 million in donations, largely from Amazon and Microsoft, and will give grants to groups that work with gig workers, health care workers, communities of color, people without access to paid health care and others.

Business groups are trying to get temporary relief for businesses and employees before the situation gets more dire.

The Seattle Metropolitan Chamber of Commerce, Downtown Seattle Association and other organizations sent a letter to Gov. Jay Inslee and state lawmakers last week asking for the government to explore expanding unemployment insurance to cover part-time workers and set up an emergency fund to help small businesses.

Markham McIntyre, executive vice president of the Seattle Metropolitan Chamber of Commerce, said he was hopeful the government and businesses could come up with at least the beginning of a plan in the coming days.

“It’s an alarming scenario,” he said.