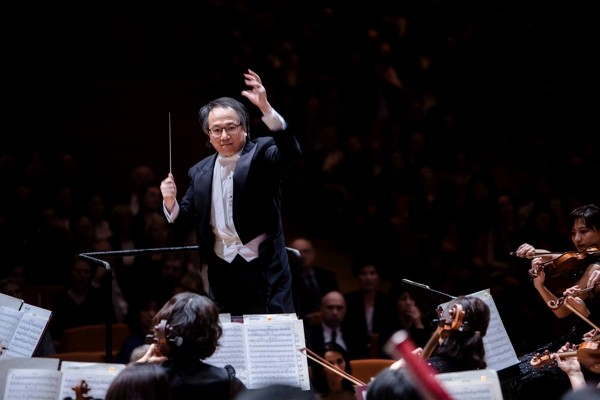 In the letter, Lu said that he and the orchestra were humbled by the incident and remain thankful for the understanding and acceptance of the Taiwanese public. He said that the news of Dean's diagnosis made him realize how imminent the virus threat is and that he would like to apologize on behalf of the NSO for the social turbulence and media reports surrounding the matter.

The former Taiwanese conductor added that the country's medical team has provided enormous assistance to the NSO, and members of the orchestra have made adjustments to prevent further contamination by the virus. As the NSO music director, Lu emphasized that he is responsible for the misjudgment on Dean's condition, and he feels terrible for the public backlash that the NSO musicians have had to face, reported CNA.

On Thursday (March 5), news broke that Dean tested positive for the coronavirus after performing twice at Taiwan's National Concert Hall. Since then, many Taiwanese have wondered about the NSO's lack of caution and the renowned Australian composer's irresponsibility.

The National Theater and Concert Hall (NTCH) has canceled more than 159 performances since Dean's diagnosis. Out of the 147 people who are believed to have come into close contact with Dean during his time in Taiwan, 103 have been placed under quarantine, including 27 orchestra members, 17 hotel staff, 15 drivers, 18 airline passengers and crew, eight reporters, and three friends, reported ETtoday.