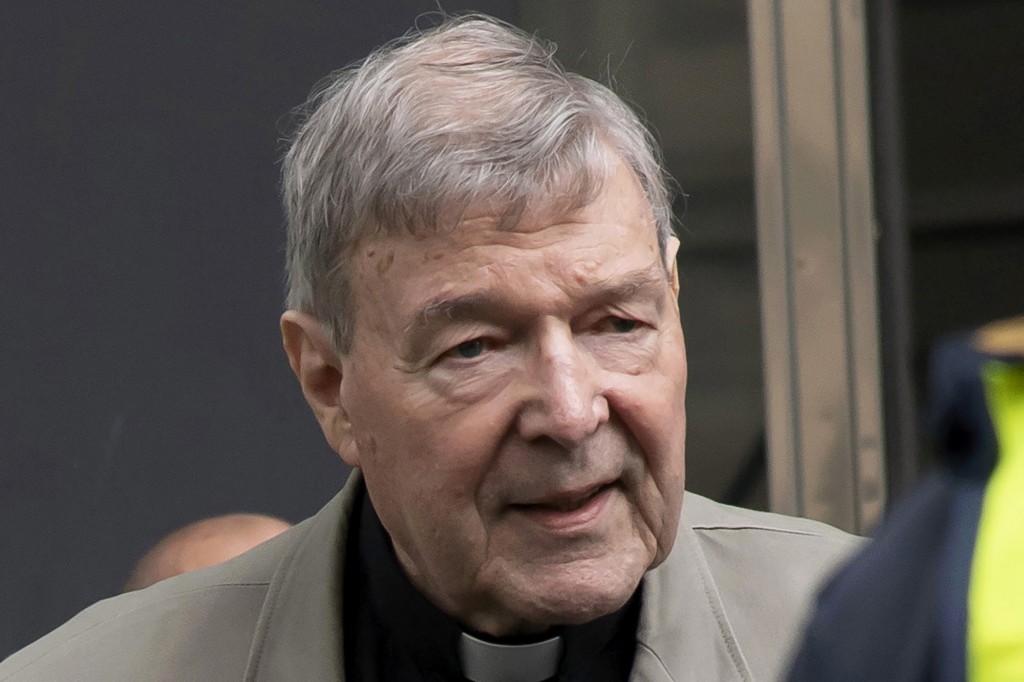 CANBERRA, Australia (AP) — The most senior Catholic to be convicted of child sex abuse will take his appeal to Australia’s highest court on Wednesday in potentially his last bid to clear his name.

Cardinal George Pell was sentenced a year ago to six years in prison for molesting two 13-year-old choirboys in Melbourne’s St. Patrick’s Cathedral while he was the city’s archbishop in the late 1990s.

He was convicted by the unanimous verdict of a Victoria state County Court jury in December 2018 after a jury in an earlier trial was deadlocked.

A Victoria Court of Appeal rejected his appeal against his convictions in a 2-1 majority decision in August last year.

Pope Francis’ 78-year-old former finance minister will argue before the High Court that the guilty verdicts were unreasonable and could not be supported by the whole of the evidence including more than 20 prosecution witnesses including priests, altar servers and former choirboys.

Prosecutors have told the judges in written submissions that it is not their role to determine whether it was open to the jury to find the offending proven beyond reasonable doubt.

The court has not announced whether seven or five judges will hear the case that is set for two days.

The court will effectively hear Pell’s appeal in its entirety before they technically decide whether they will even hear his appeal.

The judges could also send Pell’s appeal back to the Victoria Court of Appeals to be reheard by another three judges.

Pell had been working as a gardener at a Melbourne prison. But he was transferred in January after a drone illegally flew overhead in a suspected attempt to photograph the famous inmate, the Herald Sun newspaper reported.

He was moved to the maximum-security Barwon Prison near Geelong, southwest of Melbourne.

He won't travel to Canberra for his appeal hearing. It is not know when the judges will deliver their rulings.

One of Pell’s victims died of a heroin overdoses in 2014 without telling anyone of the abuse.

The survivor went to police after attending his friend’s funeral. Neither victim can be identified because the identities of sexual assault victims have to be kept secret under state law.

“The enormity of the High Court hearing is not lost on our client,” Flynn said in a statement.

“He realizes that George Pell could well be released from jail despite having been convicted of five charges of sexual abuse, including the sexual abuse of his young son who ended up dying of a drug overdose at just 30 years old,” she said.

“If the High Court allows George Pell to walk free from jail, our client says he will lose all faith in our legal system,” she added.