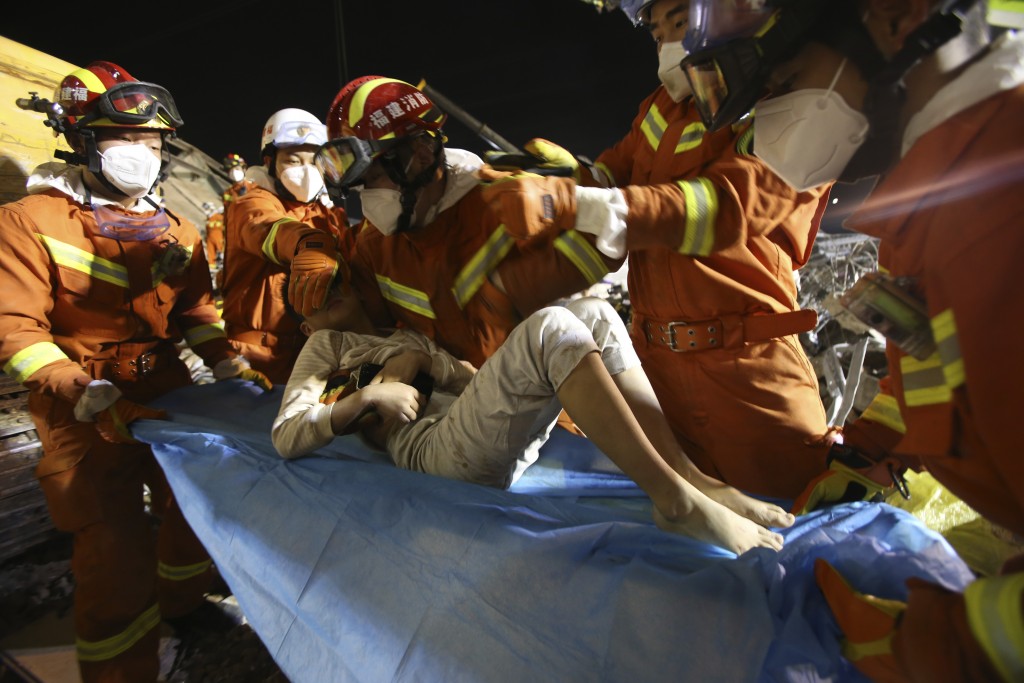 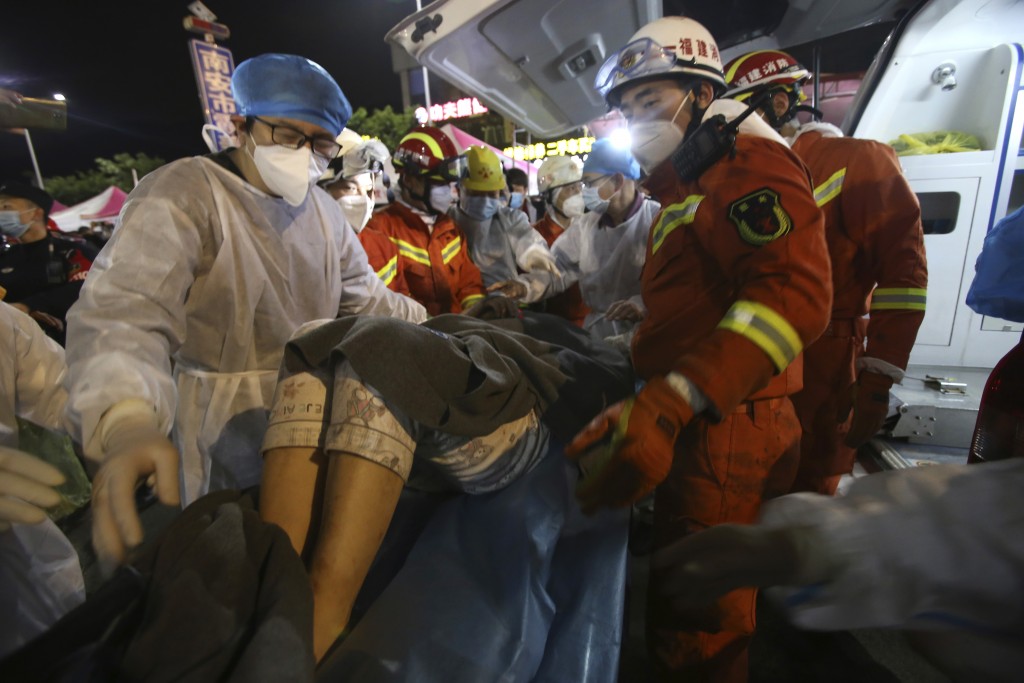 BEIJING (AP) — A 10-year-old boy and his mother have been rescued 52 hours after being trapped in the collapse of a virus quarantine site in southeastern China.

Video released by rescuers showed the two being pulled from the debris of the hotel that collapsed on Saturday. The location of the boy and woman was discovered late Monday night and they were freed around midnight after three hours of painstaking digging.

The hotel in the city of Quanzhou had been a quarantine site for people exposed to the new coronavirus.

The death toll in the collapse rose to 18 on Tuesday, with 12 people missing. A total of 71 people had been inside the hotel when it crumbled in mere seconds. The cause is still under investigation, although structural work being done on the lower level is suspected.

Most parts of China are quarantining people from high-risk areas or even those who traveled abroad or simply outside their home regions areas for 14 days.

Construction on the building began in 2013 and it was converted into an express hotel in 2018.

Two supermarkets on the first floor were being remodeled, and a pillar reportedly deformed a few minutes prior to the collapse, the official Xinhua News Agency said Sunday, quoting a district official.