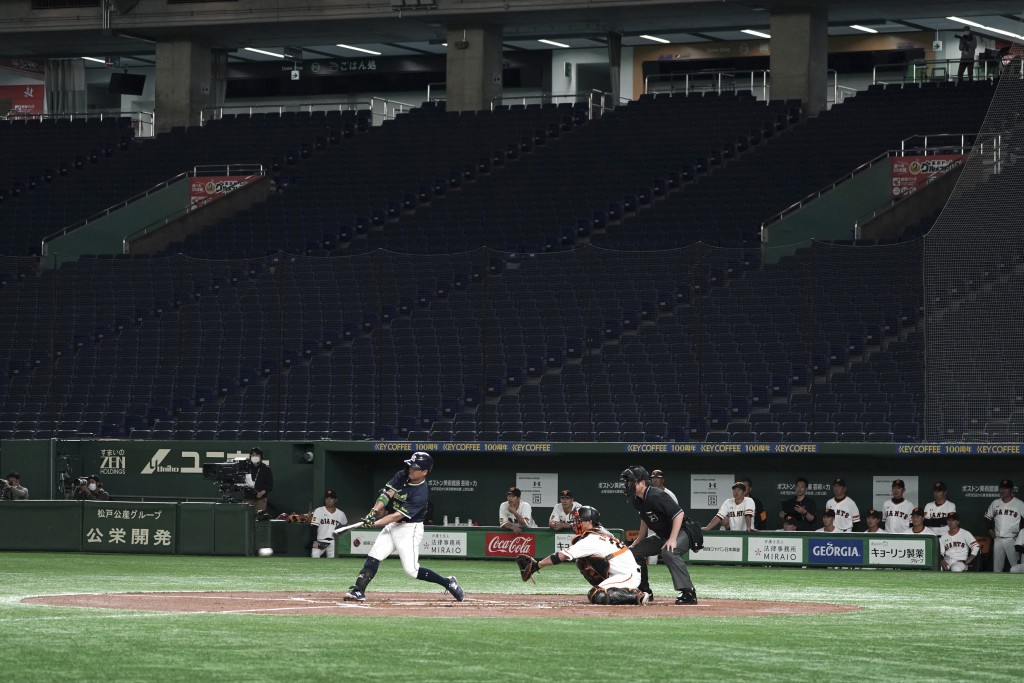 TOKYO (AP) — Japanese officials postponed the start of the 12-team professional baseball league season on Monday because of the spread of the coronavirus.

The season was to open on March 20. Japan's professional league had been playing its preseason games without fans because of the virus.

“I personally believe that we have no choice but to postpone at this stage," Japanese league commissioner Atsushi Saito said.

Baseball officials said they were unsure when the season might start, but mentioned some time in April.

The head of the soccer J-League said it was also extending its suspension of play. That league had suspended play until March 18.

“At this moment I think it's very difficult to resume the matches,” J-League chairman Mitsuru Murai said.

An expert in infection control has been advising both leagues.

“We suggested at this point it would be better to postpone their matches," said Mitsuo Kaku, a professor at Tohoku Medical and Pharmaceutical University.

Baseball and soccer are among many sports that have been shut down in Japan by the spreading virus, or taking place without fans.