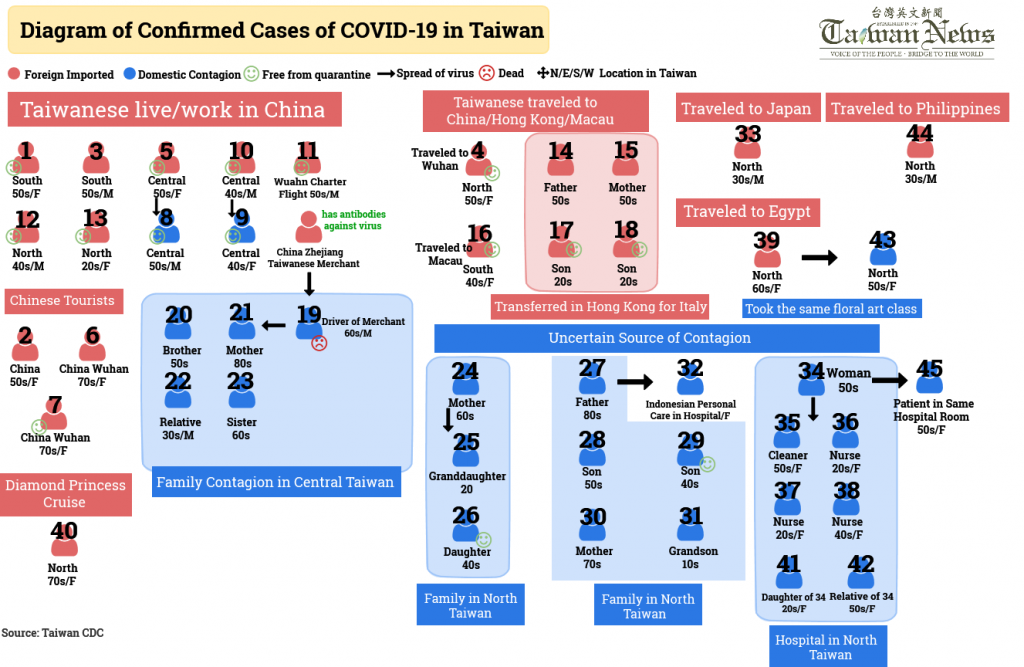 TAIPEI (Taiwan News) — According to Taiwan Centers for Disease Control (CDC), as of March 9, Taiwan had 45 confirmed cases of the Wuhan coronavirus (COVID-19), including 25 indigenous and 20 imported cases.

Among the confirmed cases, one patient died, while 15 others have recovered and been released from quarantine. The rest of the infected remain in hospitals, with no severe cases being reported.

On March 8, the Central Epidemic Command Center reported details about a cluster of infections on a Nile River cruise boat. A study from National Taiwan University's College of Medicine revealed a significant difference between the genome sequence of the strain of virus isolated from Taiwan's 39th case and the sequences from other cases confirmed in the country.

Case 39 had traveled to Egypt before testing positive for the virus in Taiwan. According to the study, the coronavirus strain was different than that which has been found in Taiwan up to this point, thus confirming she contracted it in Egypt and developed symptoms after returning to Taiwan.