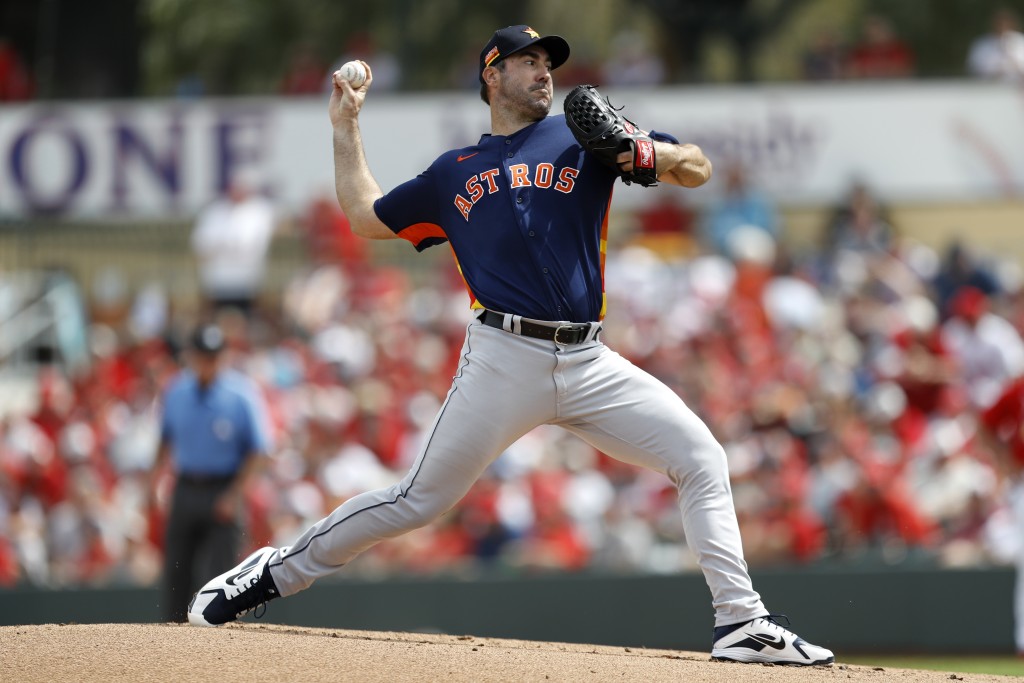 Verlander was set to pitch four innings against the New York Mets. But with his velocity down from his previous start, Verlander was pulled after two scoreless innings.

“It’s some tricep soreness, so we took him out as a precaution,” Astros manager Dusty Baker said.

“We’re going to send him to go get some tests run and make sure it’s nothing. We’ve got to take care of the big horse," he said.

The 37-year-old Verlander was slowed by a groin injury earlier in spring training.

The right-hander threw over 50 pitches in 2 2/3 innings against St. Louis on Tuesday. He didn't reach 30 pitches against the Mets, allowing three hits without a run while striking out one and walking none.

Verlander was dominant last year, going 21-6 for the Astros and leading the majors in wins, opponents’ batting average (.172), WHIP (0.80) and innings pitched (223). He also tossed his third career no-hitter while striking out a career-high 300 and posting a 2.58 ERA.

Verlander then started six times in the postseason, going 1-4 and pitching 35 1/3 innings. The Astros lost the World Series in seven games to Washington.