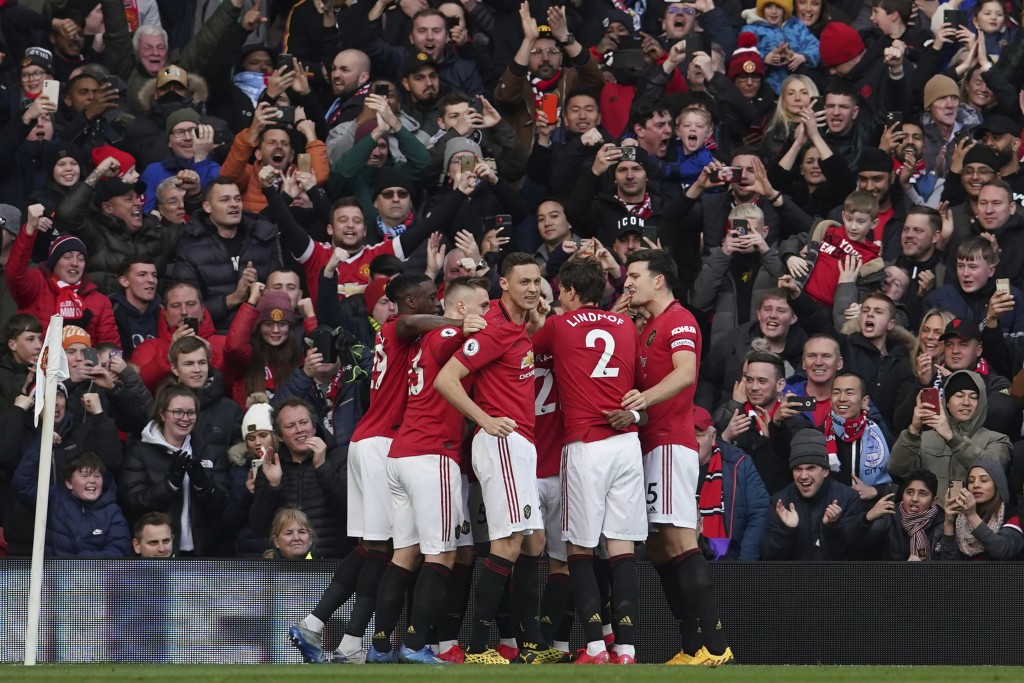 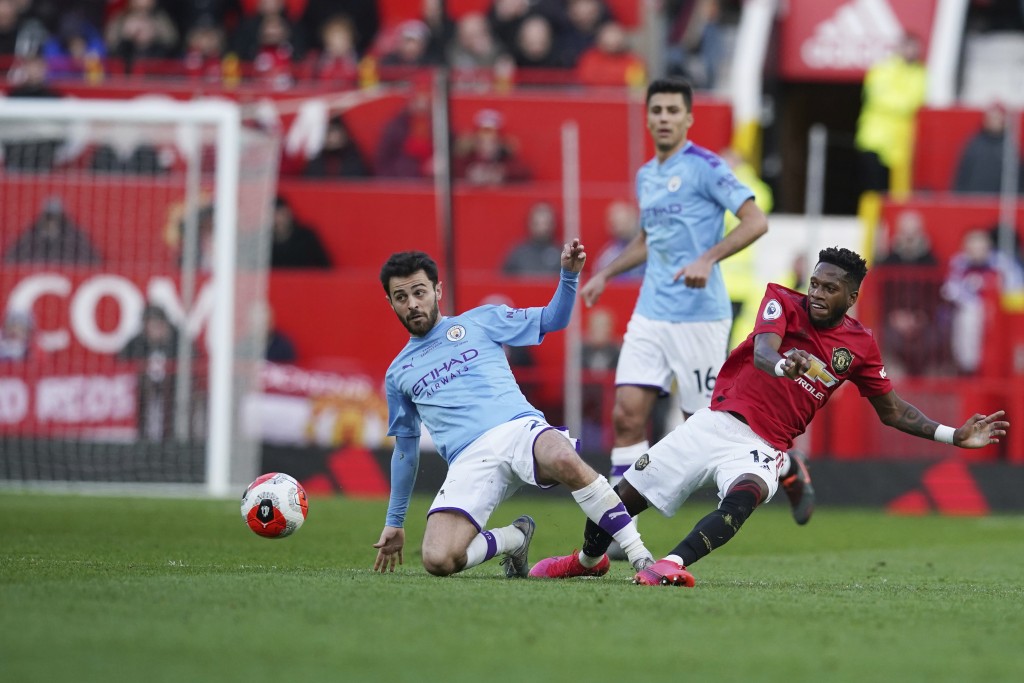 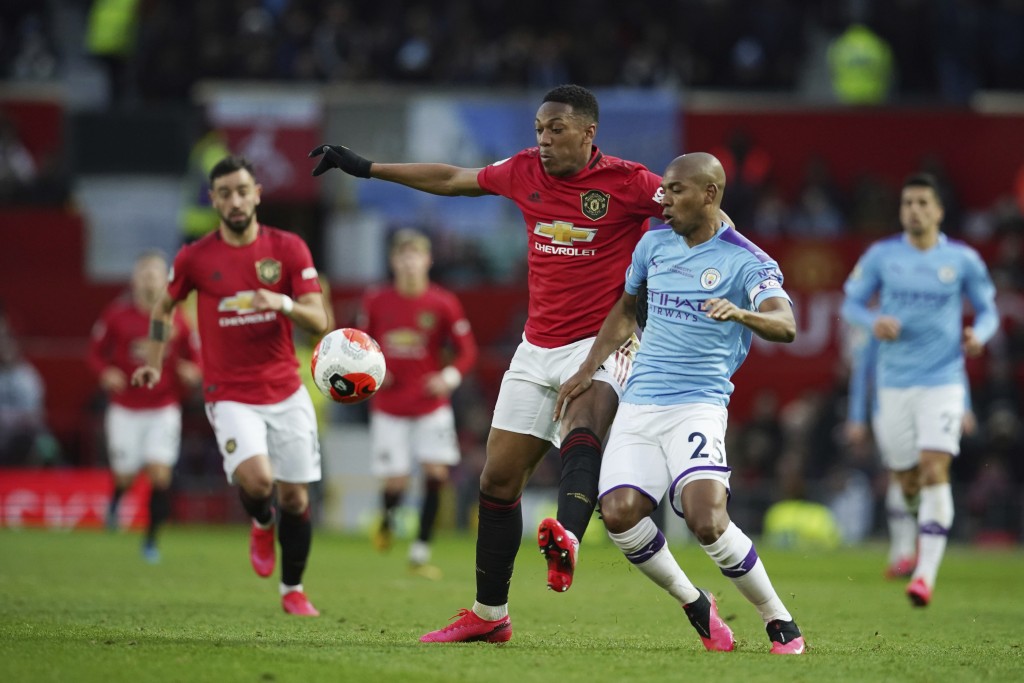 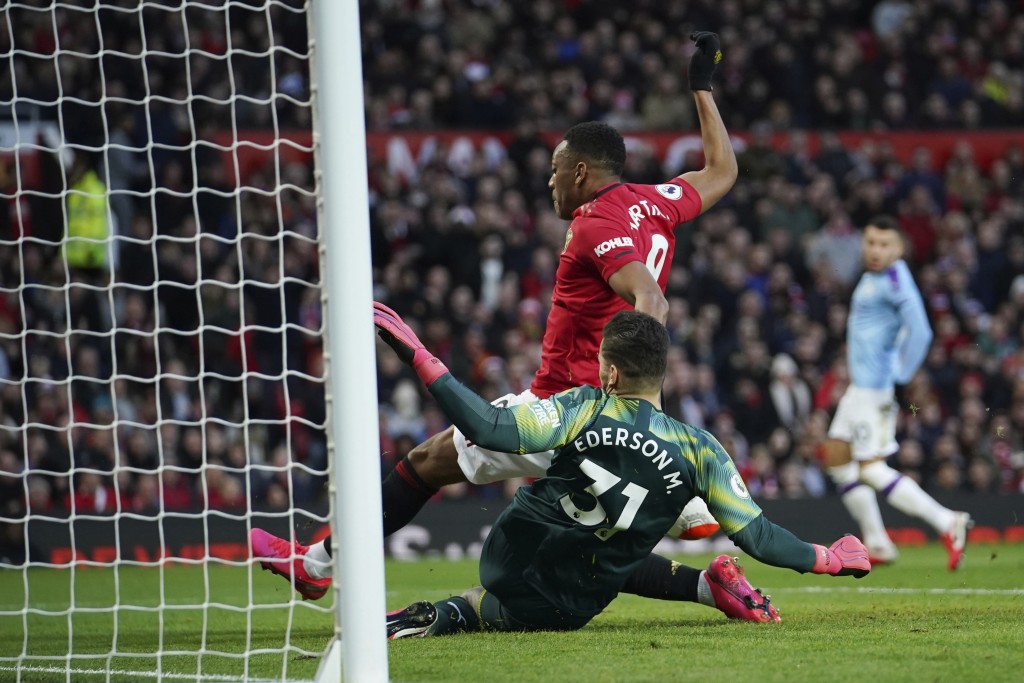 MANCHESTER, England (AP) — Manchester United completed a Premier League derby double over Manchester City for the first time in a decade on Sunday with a 2-0 victory helped by goalkeeping blunders.

A canny set piece created the opener on the half-hour, with Bruno Fernandes chipping a free kick to Anthony Martial, whose shot squirmed under Ederson.

Another Ederson gaffe gifted the second goal in second-half stoppage time, sending the ball straight to Scott McTominay, who compounded City's misery in the rain at Old Trafford

United moved into fifth place, which could be enough for a Champions League place if City's appeal against a two-season ban from European competitions is unsuccessful in court.

While far from being title contenders again, United has managed to assert its supremacy over its neighbor in league meetings.

Not since 2015, back in Louis van Gaal's reign, had United won a derby at Old Trafford.

It was during Alex Ferguson's reign, in the 2009-10 season, when United won both derbies. And Ferguson was in the stands to see the team he dismissed as a “noisy neighbor" after the influx of Adu Dhabi wealth in 2008 being comprehensively overcome.

For all the gloom at United at times this season, Ole Gunnar Solskjaer's side is unbeaten in 10 matches. And the protests against the ownership were washed away during the derby euphoria.