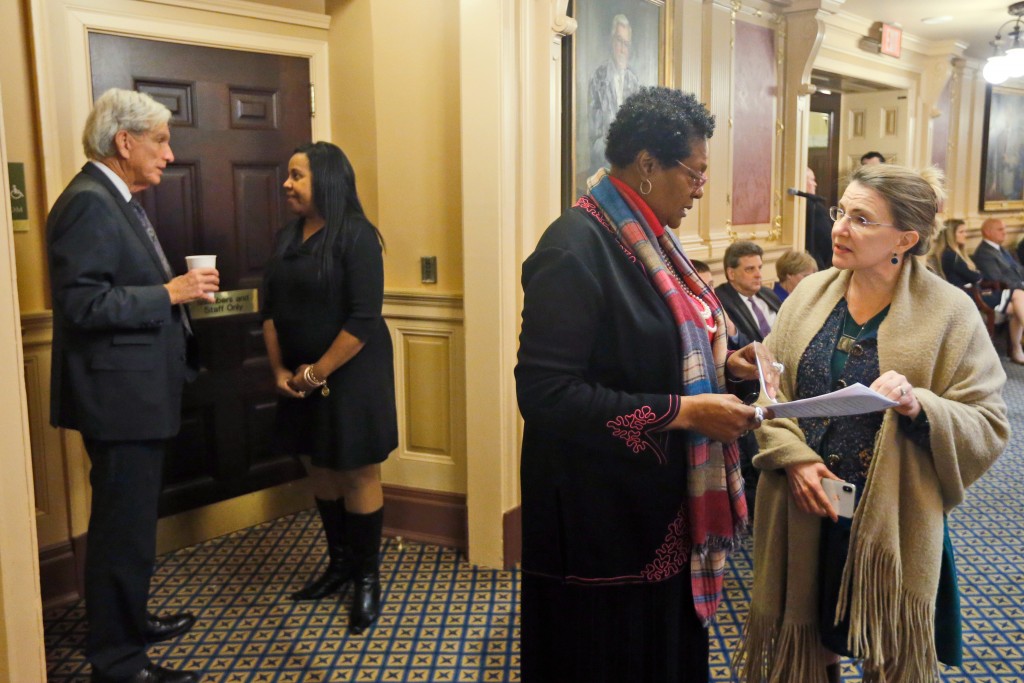 RICHMOND, Va. (AP) — Some of Virginia's scores of Confederate monuments could soon be removed under legislation state lawmakers approved Sunday.

The Democratic-led House and Senate passed measures that would undo an existing state law that protects the monuments and instead let local governments decide their fate. The bill's passage marks the latest turn in Virginia's long-running debate over how its history should be told in public spaces.

The legislation now heads to Gov. Ralph Northam, who has said he supports giving localities — several of which have already declared their intent to remove statues — control over the issue.

After white supremacists descended on Charlottesville in 2017, in part to protest the city’s attempt to move a statue of Gen. Robert E. Lee, many places across the country quickly started taking Confederate monuments down. But Virginia localities that wanted to remove monuments were hamstrung by the existing law.

In the two legislative sessions that followed the rally, Republican lawmakers defeated bills like the one that passed Sunday. But Democrats recently took full control of the state house for the first time in a generation.

One of the bill's sponsors, Del. Delores McQuinn of Richmond, said she feels great about letting local leaders decide what's right for their community. But she said she thought many places would opt to keep the monuments.

“I think more of them are going to be interested in contextualizing, you know, making sure that there is a sense of truth told and shared with the public,” she said.

Virginia, a state that prides itself on its pivotal role in America's early history, is home to more than 220 public memorials to the Confederacy, according to state officials. Among those are some of the nation's most prominent — a collective of five monuments along Richmond's Monument Avenue, a National Historic Landmark.

Critics say the monuments are offensive to black Virginians because they romanticize the Confederacy and ignore its defense of slavery.

“My family has lived with the trauma of slavery for generations. ... I hope that you understand that this is a situation that’s so deeper than a simple vote on simple war memorials,” Lt. Gov. Justin Fairfax, who presides over the Senate, said earlier in the week.

Others say removing the monuments amounts to erasing history.

Republican Amanda Chase said during the same Senate debate that slavery was evil.

“But it doesn’t mean that we take all of these monuments down,” she continued. “We remember our past and we learn from it."

The House and Senate initially passed different legislation, with disagreements about what hurdles a locality must clear before taking down a statue. A conference committee hashed out the differences.

The compromise measure says a locality must hold a public hearing before voting to remove or otherwise alter a monument. If it decides to remove one, it must be offered to “any museum, historical society, government or military battlefield," although the governing body ultimately gets the say on the “final disposition.”

The measure wouldn't apply cemeteries or the Virginia Military Institute in Lexington, which has a prominent statue of Confederate Gen. Stonewall Jackson.

Northam, who last year was embroiled in a scandal over a racist photo that appeared in his medical school yearbook, announced at the start of the legislative session what he called a historic justice agenda aimed at telling the accurate and complete story of Virginia’s past.

In addition to the monuments bill, lawmakers also have advanced bills removing old racist laws that were technically still on the books, substituting the state's holiday honoring Lee and Jackson for one on Election Day and creating a commission to recommend a replacement for the Lee statue Virginia sent to the U.S. Capitol. They have also passed legislation that provides protections and funding for historic African American cemeteries.

Another bill introduced this year took aim at a controversial statue on Capitol Square, one of Harry F. Byrd Sr., a former Virginia governor and U.S. senator who's considered the architect of the state's "massive resistance" policy to public school integration.

Republican Del. Wendell Walker introduced the bill that would have removed the bronze figure to needle Democrats on the larger monuments issue, saying “what's good for the goose is good for the gander.” Byrd, a Democrat, led a political machine that dominated Virginia politics for decades.

But when met with some agreement from across the aisle on removing the statue, Walker asked that the bill be killed.